SET-listed Oishi Group, a food and drink company under billionaire Charoen Sirivadhanabhakdi, is revving up efforts to expand not just the diversity of its product offerings, but also the business's presence at home and abroad. 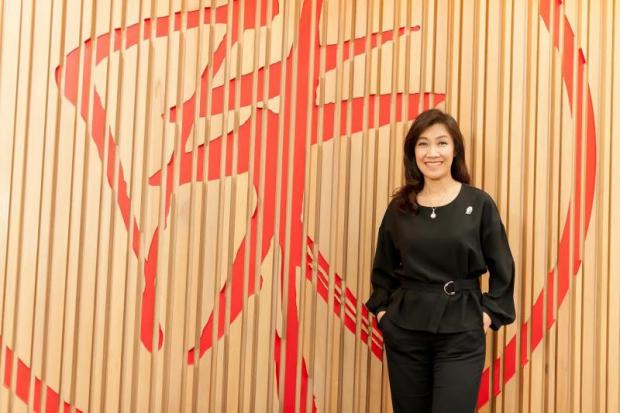 "Our core strategies are customer-centric, innovation, brand building and digital transformation," Mrs Nongnuch said. "These strategies will go along with the efforts to increase our sales and profit, diversification to non-alcoholic products, brand building consistently to expand our businesses both in the domestic and overseas market, and reaching a wider customer group via diverse distribution and professionalism."

"Revenue from Oishi packed food is still small compared with the drinks and restaurant segments," Mrs Nongnuch said. "We want to see a higher proportion of Oishi packed food, to be about one-third of our non-food business, in the longer-term plan."

The market size for packed food was 9-10 billion baht last year and is expected to increase to 14 billion baht by 2020, Mrs Nongnuch said.

According to Oishi, consumption of ready-to-eat and cooked meals in Thailand amounts to 50,000 tonnes a year, with volume expected to increase to 60,000 tonnes in 2020.

"There is an opportunity for packed food because the consumption of packed food in Thailand is only 700-800 grammes per person per year, compared with three kilogrammes per year in Australia," Mrs Nongnuch said.

In an effort to sustain the group's growth in packed food, Oishi has set three strategies for this year: a continuous launch of new products for various dining occasions; expansion into new distribution channels such as food service and retail chains; and more overseas expansion to reduce business risk in the long term.

The group is now beefing up exports of packed-food products to Germany, France, Cambodia and Myanmar, and it will export more products to Laos this year.

The store expansion plan will bring the restaurant count to 262 by the end of 2018.

The expansion will be made under a joint venture or franchisee scheme.

The Japanese restaurant market in Thailand is estimated at 21-22 billion baht, with Oishi among the major players.

"Japanese restaurants are the one international food segment in the market that has grown on a continuous basis in the past decade," Mr Paisarn said. "This indicates that there is opportunity for Japanese food in Thailand, particularly Japanese fine dining restaurants."

Jesdakorn Ghosh, Oishi's senior vice-president for the drinks division said, said the company plans to ramp up its efforts in innovation and export expansion, notably to Cambodia, Laos, Myanmar and Vietnam, as it seeks to become the leading Asean drinks brand.

The company also plans to synergise its distribution channel more closely with ThaiBev's network in the CLMV countries.

"The business of Oishi drinks has seen phenomenal growth both in Laos and Cambodia," Mrs Jesdakorn said, adding that the company is also studying the business model of expanding into Myanmar and Vietnam to increase the revenue contribution of export markets.

Of the total, 7.05 billion baht came from drinks and 6.49 billion came from food.

The decline in revenue was attributed largely to weak consumer spending, as the country's overall economy remained fragile.

But the group reported a net profit of 1.45 billion baht for the period, up from 887.2 million in the prior-year time frame.

OISHI shares closed yesterday on the Stock Exchange of Thailand at 132 baht, unchanged, in trade worth 1.07 million baht.