BMW Group Thailand has a positive outlook for 2018 after the local unit set sales records for cars and motorcycles last year. 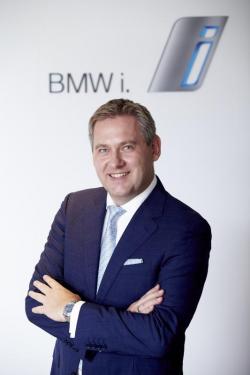 Teuchert: All targets achieved in 2017

The German luxury carmaker yesterday announced its first-ever five-digit sales figures for BMW and Mini cars with 11,030 vehicles in 2017, up 39% year-on-year.

Some 10,020 BMW cars were delivered to Thai customers, a robust 43% increase from the previous year.

These milestones made for the most successful 12-month period for BMW cars in Thailand, which posted the highest growth rate across BMW's global network.

BMW Motorrad, the big-bike brand, had its sixth straight year of double-digit growth with 2,001 motorcycles delivered in 2017, up 10% from the previous year.

President Stefan Teuchert said the company once again achieved targets across the three brands of BMW, Mini and BMW Motorrad.

"It is a trend that we expect to continue in the foreseeable future, thanks to consistently increasing demand for new-generation cars," Mr Teuchert said.

On the global level, BMW Group recorded the best-ever annual sales for a seventh year in succession in 2017, increasing sales by 4.1% to 2,463,526 vehicles.

BMW Motorrad achieved a seventh all-time sales high in succession in 2017 with a total of 164,153 BMW motorcycles delivered worldwide, an increase of 13.2% year-on-year.

Mr Teuchert said the group delivered more than 100,000 electrified vehicles from the BMW i and BMW iPerformance range worldwide in the past calendar year.

"It was another proof that our forward-looking technology is the right direction for motorists around the globe," he said. "In Thailand, we intend to make plug-in hybrid vehicles more accessible to Thai motorists, supporting a launch of ChargeNow, the world's largest network of public charging stations for electric and plug-in hybrid vehicles."