As the global entertainment market swells and the internet video pool deepens, the online content giant is angling to reel in the biggest catch possible.

The shift of linear TV to internet streaming and video on demand is revolutionising the entertainment industry and pitting tech giants against entertainment firms.

The online statistics, market research and business intelligence portal estimates that by 2020 there will be more than 546,000 Netflix subscribers in Thailand.

Netflix Inc, the global internet entertainment service, is a pioneer in using technology to empower the entertainment industry in terms of production and user experience.

Original content made available on a global scale has been the key to success for the company, which, over its 20-year history, has grown from a DVD mail rental service to a global subscription-based video-on-demand provider, with 117 million subscriptions in 190 countries.

The massive number of Netflix users has resulted in the service becoming the third-largest bandwidth consumer in the US. 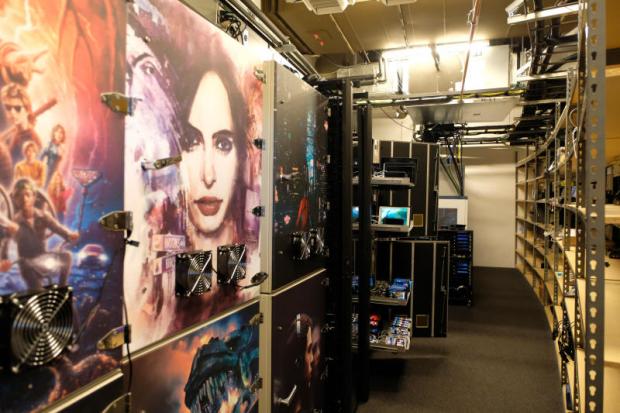 Netflix entered the content-production industry in 2013, debuting its first series, House of Cards. The company has greatly expanded the production of both film and television series since then, offering original content through its online library of films and television shows.

Netflix's letter to shareholders states that the transition from linear to streaming service over the past 10 years has been increasing, with more companies entering the market for premium video content.

On the commercial-free tech side, Amazon Studios is likely to be a strong new leader with its large content budget, and Apple is upping its programming to be bundled with Apple Music or iOS.

Facebook and YouTube are expanding and competing in ad-supported video content. With a multi-billion-strong global audience, free ad-supported internet video is a big force in the entertainment market, as well as a great advertising vehicle for Netflix.

Traditional media companies are also expanding into streaming. Disney is on course to acquire 21st Century Fox and plans to launch a direct-to-consumer service in 2019.

The entertainment market is vast and can support many successful services. In addition, entertainment services are often complementary, given their unique content offerings.

"The entertainment business has always been driven by the interplay between storytellers and technology," chief executive Reed Hastings said at a press event spanning more than 30 countries at both company offices in Hollywood and Silicon Valley.

"Our mission is to offer the latest tools and an environment that provides creative local content and great stories to the world," he said. "Our focus is on content production and increasing opportunities for international revenue."

Greg Peters, chief of product, said Netflix's global content library today stems from over 100 different countries. This year, the company will spend more than US$8 billion enlarging its library.

"We will increase investment in Netflix originals, TV series and movies," Mr Peters said. "We will continue to expand in countries with growing entertainment infrastructure and great stories. Thailand is part of that ongoing discussion."

The company aims to ensure that the 450 million user devices, including 1,700 device types, will have ready access to content via personalised preferences. 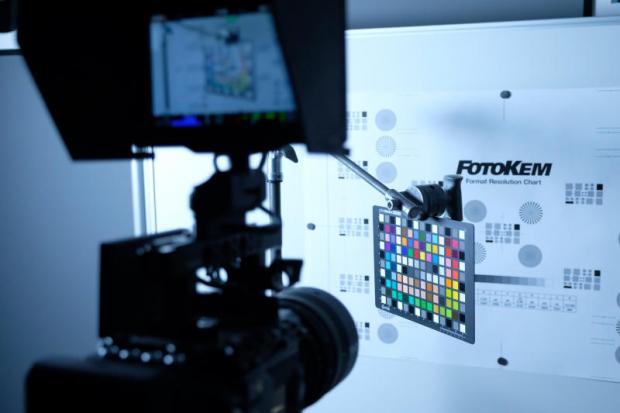 The studio production technology lab at the Los Angeles office.

"Netflix is committed to hiring diverse storytellers, whether in terms of gender, ethnicity, country of origin or primary language spoken," said Allie Goss, vice-president of original series. "Our goal is for our storytellers here to reflect the audiences they're speaking to."

Netflix has continued to push diverse storytelling, both in front of and behind the camera, she said: "It's really about having a diverse slate of programming rather than one specific type."

Chris Goss, director of studio technology at Netflix, said the company has evolved to become a global entertainment producer and is responsible for the end-to-end process of story creation.

There is a unique challenge when producing in dozens of countries and on a growing scale, with tens of thousands of production personnel creating entertainment for and on behalf of Netflix, he said.

"We are shaping the intersection of technology and production," Mr Goss said, adding that one focus of the effort is "Prodicle", an initiative that puts a variety of production application technologies into the hands of freelance production crews.

The company has also developed new technologies that reshape the fundamentals of production planning and logistics, he said.

"The concept in and of itself is not groundbreaking, but the prospects of taking information once found only in e-mails and PDFs and centralising it in real time opens up possibilities for efficiency across the production process and back at the studio," Mr Goss said. "By utilising this data on set through analytics, it will enable us to have better shooting plans and manage budgets."

Ken Florance, vice-president for content delivery, said there are more than 140 million hours of viewing a day on Netflix. The company uses computing power from the Amazon cloud and has developed its own custom-built content delivery network (CDN), enabling the streaming of audio and video data no matter what device is being used to watch Netflix.

"CDN will enable a smooth streaming experience for users, and we are also using encoding algorithm technology to compress content being displayed in low-speed internet environments," Mr Florance said. 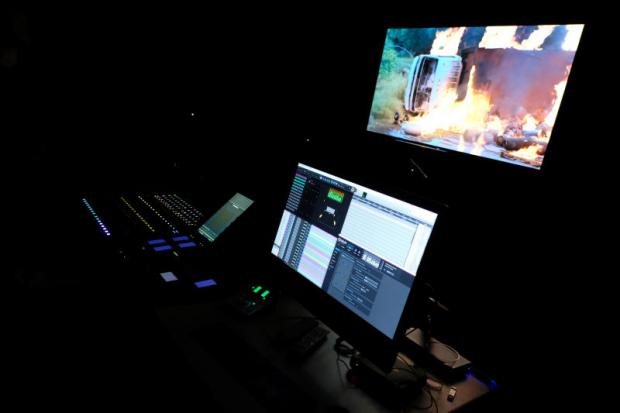 The studio production technology lab at the Los Angeles office.

"We will develop personalisation tools that can recommend movies for each user," Mr Yellin said.

On the device side, the company is also continuing to create a better user experience, via mobile platforms in particular, as users in emerging markets spend more time watching Netflix on the go.

Previously, the company launched a feature allowing users to download content to watch while offline, serving those who might be using the service without high-speed internet infrastructure.

"Users spend time on multiple devices in their daily lives, so the user interface for each device should be simple, for example, through a dedicated Netflix button on a remote control or smart app," he said.

To increase revenue opportunities, the company is making content accessible through more channel partners, bundling with cable TV providers, streaming in Marriott hotels and expanding availability to aeroplanes and even theatres.

"We believe mobile operators will offer 'video data plans' to give users a worry-free experience, as is done with T-Mobile," he said. 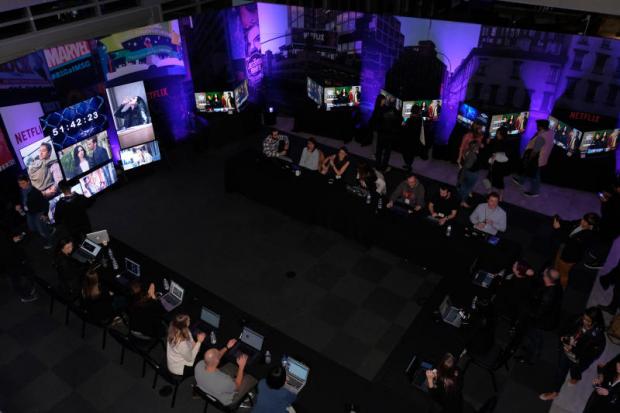 The engineering and marketing teams prepare for the launch of 'Jessica Jones' Series 2 on March 8.

Learning customer needs from surveys and through focus groups, combined with data analytics, will enable the company to enhance its capabilities. The download feature is one such advance that Netflix made to match the needs of emerging markets, said Adrien Lanusse, vice-president for consumer insights.

The company has also used eye-tracking technology to upgrade its interface, and is doing its best to ensure the best translations through subtitles and dubbing, as well as finding the ideal localisation methods to suit users.

Denise Kreeger, international manager of dubbing, said there are 345 million native English speakers around the world, which is only 5% of the global population.

Netflix has continued to enlarge its language net to expand the global reach of its content offerings.