SET-listed Oishi Group, a food and drink company under billionaire Charoen Sirivadhanabhakdi, is flexing its muscles to tap the premium segment, wagering that Japanese food is likely to see its five-year popularity surge level off. 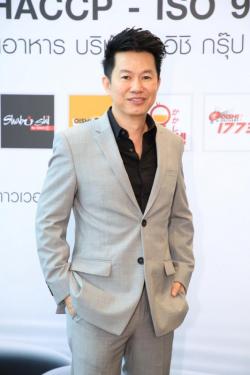 The company vows to break from the regular approach employed in the Japanese food market.

"We want to compete in the blue ocean market," Mr Paisarn said. "Previously, we engaged in heavy promotion to draw customers to our restaurants and show how Japanese food is healthy and good for them. This year we are pursuing the new, very premium restaurant theme, which will possibly be introduced this half, with food price per person set at 1,000-2,000 baht."

He said Oishi decided to make the move to the premium market last year with the launch of Oishi Eaterium restaurant, which fared better than expected.

"I believe that the new Japanese restaurant theme we're going to launch this year will share the same success as Oishi Eaterium," Mr Paisarn said. "Middle-income people whose numbers are growing rapidly look set to try and taste a higher-quality service."

Oishi Group aims to go premium in all aspects, including raw materials, menu items and services, and let customers enjoy premium fish from Tsukiji, the popular fish market in Japan.

Despite higher competition, Mr Paisarn said the prospects for Japanese restaurants in Thailand are good, citing a greater familiarity with Japanese food by Thai people, whose visitor numbers to Japan are growing thanks to a bilateral visa waiver arrangement.

Mr Paisarn said Japanese cuisine is a big selling point for visitors there.

Moreover, Thailand is the sixth-largest export market for Japanese agricultural products after Hong Kong, the US, Taiwan, China and Korea.

The number of Oishi restaurants is set to reach 261 by year-end.

Outside of Thailand, Oishi is also in talks with potential investors to set up shop in Cambodia.

The company currently operates two Shabushi restaurants in Yangon, Myanmar. The company plans to open more Shabushis in other markets, including Cambodia, Laos and Vietnam, by leveraging Thai Beverage's established network in the CLMV region.

Oishi hopes to double its business size by 2020 to reach 8 billion baht.

"The company aims to become the king of Japanese food, not only in Thailand, but also in Asean by 2025," Mr Paisarn said. "Apart from the CLMV market, we also hope to bring Oishi restaurants back to Japan, the home of Japanese food."