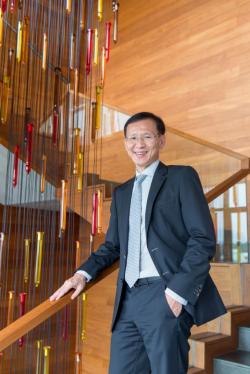 TNR is taking over the brand from United Medical Devices (UMD), holder of the licence from US-based Playboy Enterprises International LLC, with an investment of US$15 million (470.6 million baht).

The move gives TNR the rights to market the Playboy brand of condoms and lubricant gels in 188 countries.

UMD already has a client base in 34 countries.

Chief executive Amorn Dararattanaroj said the board of directors approved the purchase of the Playboy brand on April 9 after TNR hired Baker McKenzie, its legal adviser, to draft the contract.

TNR has secured the rights to the Playboy brand for 10 years, with the contract automatically renewed every year.

"TNR has for a long time produced Playboy condoms for UMD's clients and has also been the distributor for them in Thailand," Mr Amorn said. "That's why we saw growth potential and opportunities to expand our market on a global level after we entered into negotiations with UMD to buy its contract."

The company estimates the deal will generate an internal rate of return of at least 15% (calculated from UMD's 34-nation-strong client base).

TNR expects to earn 138 million baht in revenue for the first year. The company also plans to work with partners in each country to develop markets and boost revenue.

TNR has its own brands -- Onetouch and Niptex -- which are categorised in the upper-middle and middle segments, respectively. Niptex is only distributed in Vietnam.

Playboy is perceived as a leading, upmarket global brand.

"The brand will help us expand into foreign markets and boost the sales of our own brands," Mr Amorn said. "After concluding the licence purchase from UMD, TNR will organise teams to help foreign trade partners with sales and marketing in their countries."