Osotspa has high hopes for IPO

Petch Osathanugrah, chairman and chief executive of Osotspa. The company wants to allocate 603.8 million shares for its IPO this year. NATTHITI AMPRAWAN

Century-old consumer goods conglomerate Osotspa Plc wants to allocate 603.8 million initial public offering (IPO) shares in 2018, a deal that could be one of the largest IPOs on the Thai bourse, after delaying listing on the Stock Exchange of Thailand (SET) for several years.

The 603.8 million shares represent 20.1% of Osotspa's paid-up capital. Of the total, 506.8 million will be newly issued shares and the remainder will be existing shares, with 67 million offered by Orizon Ltd and 30 million to be sold by Y Investment Ltd, according to an IPO filing with the Securities and Exchange Commission.

Phatra Securities and Bualuang Securities are the company's financial advisers on the IPO, while Bank of America Merrill Lynch and JPMorgan will act as international underwriters.

Proceeds arising from the share offering will be used for business expansion in both domestic and international markets, product distribution and quality development, loan repayment, and working capital.

The company's paid-up capital as of March 2018 amounted to 2.497 billion baht, which will rise to 3 billion baht after the IPO. 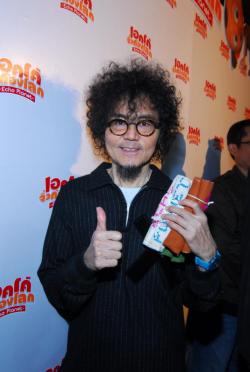 Southeast Asian countries including Myanmar, Cambodia and Laos are the company's focus, while it ships drinks to 25 countries around the world.

Anuwat Ruamsuke, managing director and head of capital markets at Phatra Securities, said he couldn't provide details related to pricing and the exact schedule for Osotspa's listing, as it remains in the filing process.

"It will be a big IPO deal on the SET, but I'm not sure whether it will be the biggest IPO of the year, as we don't know what others are lining up to list on the SET," he said.