With a reversal of the one-child policy and a dearth of fertility clinics in China, Thai players are looking to fill the highly gainful gap.

The lack of fertility clinics in China could make Thailand one of the largest reproductive health markets in the world, in line with the US, where the industry generated $1.9 billion in 2017, according to market research firm IBIS World.

In vitro fertilisation (IVF) and similar services mainly cater to the upper and upper-middle class, who can both pay to raise a second child and cover the hefty price tag of the service, which often runs in the millions of baht.

The $16-billion estimate does not include ancillary revenue generated by these well-heeled tourists in their 3-8 week stays.

The potential market for in vitro fertilisation procedures in China is close to 90 million couples, after the government relaxed its four-decade long one-child policy in October 2015, said Mr Wei.

But the exact size of the market is up for debate. The one-child policy, originally introduced in 1979, has had a marked effect on the demographics and attitudes of the country. Birth rates increased only slightly from 2015 to 2016, and fell 3.5% in 2017, while affluent professionals may still be reluctant to shell out for a second child, both in terms of time and money.

Given its volume of health professionals and facilities, Thailand is positioned to serve 1 million couples.

It is conceivable the number of clinics can be boosted, given sufficient demand, but training additional reproductive health professionals takes 5-10 years, said Dr Surapong Ambhanwong, adviser to the Private Hospital Association of Thailand.

China is now the world's most expensive IVF market, ahead of the US, Hong Kong and Singapore, where hopeful Chinese couples have been heading in increasing numbers. Thailand, where the procedure costs from 500,000 to 1.2 million baht, is 35% cheaper than Singapore and Hong Kong, and 45% cheaper than US.

"Countries like Japan and Korea have not developed a robust fertility ecosystem because there is little local demand for it. In Thailand, we have been developing it for more than 10 years with an eye towards medical tourism," said Dr Surapong.

China's high prices and severe undersupply were driven by government policies, which restricted treatment to married woman with "proof" of fertility problems, in an effort to control population growth.

Today there are only about 400 fertility clinics in China, 10% of which are classified as "world class," said Mr Wei. "It is not uncommon to have 1-2 kilometre lines outside of these clinics," he said.

The undersupply is compounded by a dearth of trained support staff like psychologists, counsellors, and nurses, who play important roles for overbooked doctors.

"IVF requires several consultations, before and after the procedure, as well as visits to a neurologist, counsellor and an array of other professionals," said Mr Wei.

The process could take three months or more.

Chinese centres have coped with demand by serving clients in as little as 10 minutes, which has resulted in some of the largest failure rates in the world. It is not uncommon for woman across the world to undergo three or four cycles of treatment before getting pregnant, said Dr Surapong. In China that number is much higher, which can substantially increase original price estimates.

Restrictions have relaxed since 2015, but large segments of the population, including single woman, are still out of the system.

Some foreign clinics have made inroads into the country to shore up the supply gap. Megmei, an affiliate of California-based HRC fertility, now has outposts in more than 10 cities in China. Across the Pacific, more than 50% of clinics in California offer tailor-made programmes for Chinese speakers, reported The New York Times.

"We are talking about increasing the number of clinics from 40 to 2,500. It will probably take a decade to get to that point," said Mr Wei.

There is also a growing market for social freezing, which allows young women to freeze their eggs to use in fertilisation procedures later in life. Egg freezing is common among women looking to get a stronger career foothold in their 20s and 30s, or among those about to undergo fertility-reducing treatment like chemotherapy. The procedure is still prohibited in China, Singapore and Malaysia, and was recently decriminalised in Hong Kong.

Egg freezing goes for an average of $10,000 in the US, in addition to a $500 dollar fee for every year the egg is frozen, and a $5,000 payment for every time an egg is unfrozen and transferred to the patient's ovaries.

Demand for social egg freezing by Chinese patients in the US has grown at a steady 15% clip in recent years, but still represents less than 10% of reproductive services purchased by this demographic, according to The New York Times.

"If every one of our affiliated tour guides brought in a single client per day, we would already have the largest IVF group in the world," he said.

The company is partnering with hotels, restaurants, spas, fitness centres and other related venues in order to offer complete packages for hopeful IVF couples.

The vouchers are distributed along with the company's BabySmart TV device, which integrates a subscription platform that allows users to access fertility specialists around the world. Local doctors and translators are included in the platform, which allows several doctors to collaborate on the same screen. 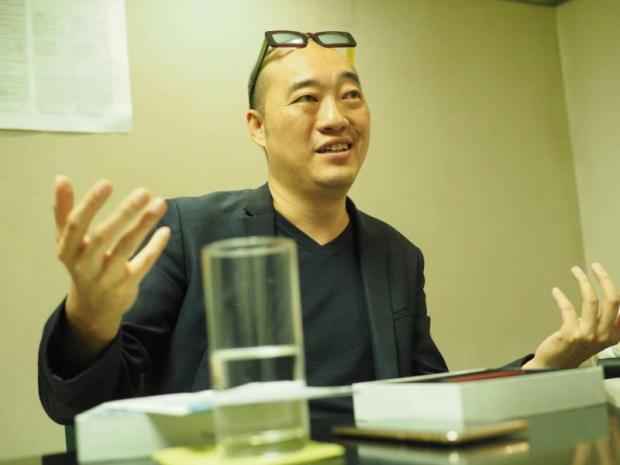 MEERUT, India: Hindu fundamentalist Ashok Sharma has devoted his life to championing the deeds of an Indian "patriot": not revered independence hero Mahatma Gandhi, but the man who shot him dead.