Spiking sales for the king of fruits
Business

Spiking sales for the king of fruits

Durian is no longer just a fruit or a sort-of dessert. The king of fruits has evolved into a main dish on Chinese dinner tables, with consumers mingling their creamy Thai treat with congee, pizza, barbecue, sushi and even lasagne. 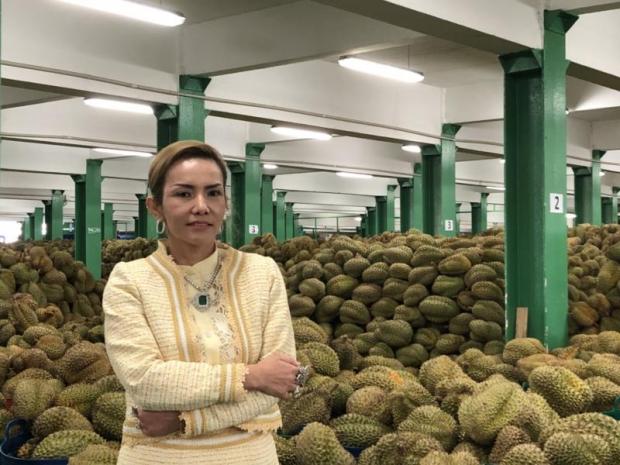 Having spotted this opportunity, Queen Frozen Fruit Co, the country's largest frozen durian producer, is revving up exports of durian to China, particularly via the online channel.

"We've exported fresh durian to China for several years," said Kanjana Yaemprai, president of Queen Frozen Fruit. "There is a huge demand for Thai durian throughout the year, so we started producing frozen durian since the fourth quarter of last year. Only for three months of this year, we gained sales of up to 800 million baht from frozen durian."

The company this year expects to sell 400 containers of frozen durian to China, the highest amount since 2015. Each container holds 7,000 durians.

"There is still a huge opportunity for Thai durian in China because the fruit is now well known and popular in 10 cities, including Shanghai, Beijing, Kunming, Shenzhen and Guangzhou," Mrs Kanjana said.

In a move to gain greater access to Chinese customers, the company yesterday signed a memorandum of understanding (MOU) with Beijing Jingdong Century Trade Co, the operator of JD.com, to buy durian from Queen Frozen Fruit to sell via JD in China.

The MoU covers fresh durian, frozen durian and processed durian for JD. Frozen durian products supplied to JD are under the Peacock brand. Mrs Kanjana did not disclose purchase value under the MoU.

Speaking during his visit to Thailand yesterday, James Ye, president of JD Fresh under JD Group, said the company will buy more than 2,500 tonnes of both fresh and frozen durians from Thailand this year, with part of it coming from Queen Frozen Fruit.

"Thai durian has become very popular among Chinese people over the past few years," Mr Ye said. "Sales of Thai durians sold via JD.com in China 2017 increased by four times from 2016, and now in the first four months of this year the sales have doubled from the same period last year.

"There are an estimated 300 million Chinese people waiting to taste Thai durians, and we therefore aim to increase import of Thai durians to sell via JD.com in China by 100 times over the next five years."

With the continuously growing popularity of Thai durian, JD plans to buy more durian from JD Central, the joint venture between JD and Central Group, in the second half of the year.

Durian is the first product the company will buy via JD Central, with mangosteen, longan, coconut and packed rice up next.

According to Mrs Kanjana, Queen Frozen Fruit also plans to set up a joint venture with SunMoon Distribution & Trading Pte Ltd in Singapore, a subsidiary of Alibaba Group, and Xing Ye Yuan Group, a distribution company in China, to operate fruit shipments.

Each will hold an equal stake in the joint venture company.

Queen Frozen Fruit will handle supplies of Thai tropical fruits, particularly durian, while SunMoon will take care of marketing and Xing Ye, which operates a network of 12 retail chains in China -- including 400 Walmart stores, 100 Sam's Clubs and 200 Carrefour outlets -- will look after distribution.

The company also plans to spend about 1 billion baht to build two distribution centres on 34 rai in Chanthaburi and 10 rai in Chumpon.

Queen Frozen Fruit currently has four factories to produce Thai tropical fruits for both domestic sales and exports to more than 30 countries.

For durian, China represents 80% of the company's export market, with the US, Canada and others making up the rest.

The company buys roughly 200 tonnes a day from farmers across the country, but the amount can't meet purchase demand of 400-500 tonnes a day.

"Although there is a huge opportunity in China, competition is increasing from Vietnamese fruits," Mrs Kanjana said. "We thus need more support from the government to facilitate exports." 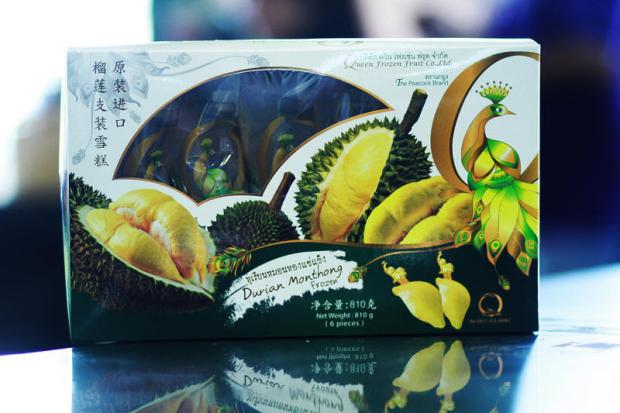 Queen Frozen Fruit's durian exports go mainly to China, where the company has teamed up with JD.com. PONGPAT WONGYALA 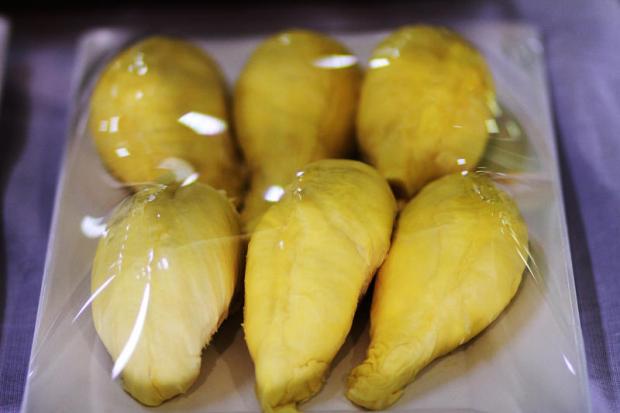 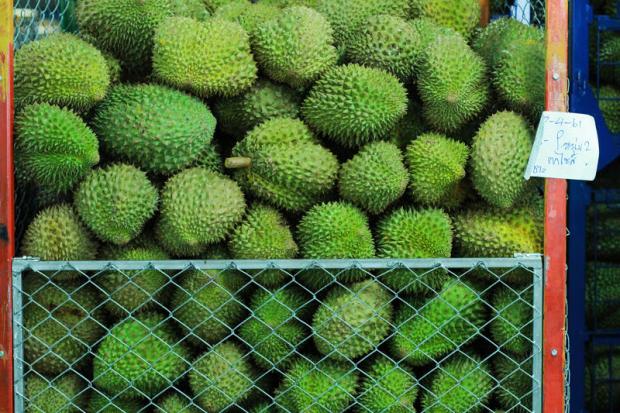 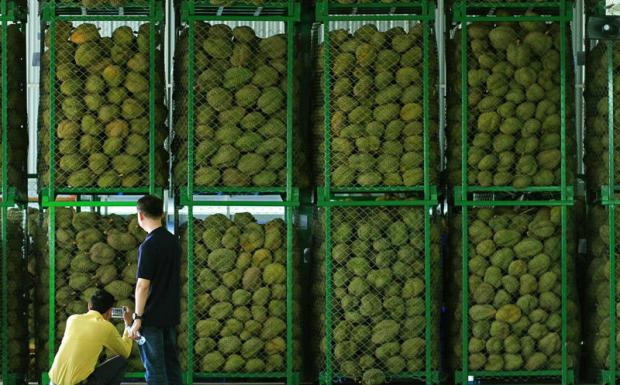