Other assets in the Philippines remain

SET-listed energy firm Bangchak Corporation Plc (BCP) has decided to sell its entire 55.8% ownership of Galoc oil field in the Philippines for a total value of US$20 million or 666 million baht. 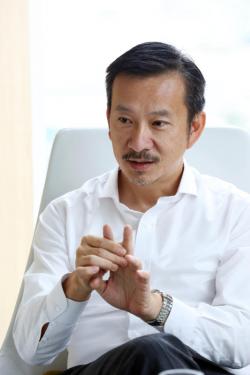 BCP's board of directors resolved to sell this oil field asset on July 12 to Tamarind Galoc Pte.

BCP owns the field through its wholly-owned Nido Petroleum Pty Ltd (Nido), which it acquired in 2014 for $113 million.

The sale will not affect BCP over the long term because Nido has other productive petroleum fields not included in the deal, such as Nido and Matinloc fields in the Philippines.

Nido also has licences to explore and develop production at six fields in West Linapacan, the Philippines and Gurita in Indonesia.

"Cash from the deal is expected to provide liquidity for our existing business to acquire new energy field assets," said Chaiwat Kovavisarach, chief executive and president.

He said the sale will not affect Nido's financial performance because it has several other petroleum fields to drill and develop.

The Galoc field is also in the last stage of production life, expected to be depleted after two years.

Furthermore, upstream petroleum production will not be interrupted because BCP acquired a 45% stake of Okea AS, a Norwegian upstream oil and gas firm last month.

The new deal will increase the daily petroleum output to nine kilo barrels of oil equivalent (KBOED) for BCP, excluding the Galoc field, from only two KBOED now.

BCP spent 3.76 billion baht last month on this acquisition, which is expected to be completed by November.

BCPR will agree to subscribe to up to 90% of the increased capital in Okea through new shares. Once the transaction is completed, BCPR will hold 45% of Okea shares.

A/S Norske Shell intends to spin off numerous assets after merging with BP Group in 2015. This deal is also included in Shell's business plan.

Mr Chaiwat said this deal is worth the huge budget allocation because Okea has high potential for increased crude oil yield.

"The partnership with Seacrest, with petroleum assets in the North Sea and Brazil, will lead to capacity expansion in the near future," said Mr Chaiwat.

Seacrest is an investment fund focused on off-shore oil and gas operations globally.

"The Draugen and Gjoa oil fields are world-class assets that have been pumping light crude oil for a long time," he said.

Bitcoin jumps to highest since August in post-fed crypto rally

KUALA LUMPUR: Malaysian anti-graft authorities have frozen the bank accounts of an opposition party led by former prime minister Muhyiddin Yassin amid an investigation that the pro-Malay group said was an attempt to destroy its credibility.

Bangkok school director suspended for allegedly extorting more than 300,000 baht from a supplier of student lunches, while insisting the cash found in his office belonged to someone else.