Health services are a challenge that no government can ignore. For developing countries such as Cambodia, funding a system in which every citizen has access to a minimum standard of decent care is doubly challenging.

Cambodia has committed to provide universal health coverage (UHC) by 2025. However, it's not clear whether the goal can be met as the government still relies mainly on foreign aid to fund its healthcare services budget.

"We do not have universal health coverage yet but our government is setting the direction towards it. For now, we have been doing the research," said Meas Soksensan, a spokesman for the Ministry of Economy and Finance.

Most national expenditure is now supported by revenue generated locally from taxes and other sources, he said. 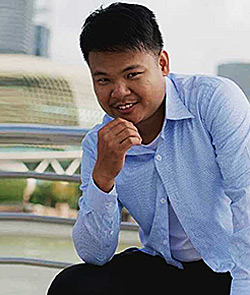 “A patient’s emergency is not as important as the money,” says Seng Thy, Phnom Penh graduate student.

According to the World Bank, government funding accounted for only 23% of total expenditure on healthcare in Cambodia in 2015. That compares with 77.1% in Thailand, 51.9% in Singapore and 38.2% in Indonesia. Among other less-developed countries in the region, the figure was 50.5% in Laos but only 20.9% in Myanmar.

Half of the world's population still does not have access to quality basic healthcare, the World Bank and the World Health Organization (WHO) said in 2017. Millions of people go into debt paying for urgently needed treatment. Others who cannot afford it simply go without and risk the consequences.

"It is completely unacceptable that half the world still lacks coverage for the most essential health services," said Dr Tedros Adhanom Ghebreyesus, the WHO director-general. He has urged all countries to adopt some form of UHC programme to ensure better quality of life for all.

"Good health and wellbeing" is one of the top three Sustainable Development Goals (SDG) outlined by the United Nations. The WHO in 2015 refined this concept, saying the aim of UHC is "to ensure everyone, everywhere can access essential quality health services without facing financial hardship".

Achieving UHC could also go a long way to achieving the goal at the top of the SDG list: "No poverty".

Cambodia currently operates a patchwork of programmes that provide coverage for parts of the population. It includes social health insurance, a Health Equity Fund, and voluntary health insurance.

The National Social Security Fund (NSSF), established in 2008, aims to ensure "the wellbeing and protection of employees and workers". It is funded by contributions of 2.6% of employee earnings up to the equivalent of US$240 a month. The deduction used to be split between employees and employers but as of this year, employers pay the full amount.

Seng Sokhom, a farmer who lives in Chroy Sdao commune in Thmor Kol district of Battambang province, is categorised as extremely poor. She recently received treatment for two weeks at the Battambang public hospital. If she did not have the Poor ID, she said, she would have faced many difficulties since she could not afford treatment at a private hospital or clinic.

"Having the poor ID, I am no longer concerned about my health service payment," she told Asia Focus. "When I am sick, I can obtain health service at the provincial referral hospital without any fees. The ID really helps my family budget a lot."

The 44-year-old mother of three sons added that the service at the public hospital was very good, with treatment as thorough for payment-exempted patients as it was for those who paid for services.

She hopes the government can create more public hospitals in rural areas as many of the existing ones are located far from where people live.

Seng Thy, a recent university graduate, has a quite different view about health services in the country. "The health sector in Cambodia is quite poor and there is plenty of room to improve," the 27-year-old Phnom Penh resident told Asia Focus.

"When my younger brother had a traffic accident and he was in an emergency situation, none of the doctors at the public hospital cared about him," he said. "He was unattended until I paid some amount of money. Then, the doctors started to perform the treatment and my brother's life was saved."

Health service in Cambodia is not for saving lives but for doing business, in his view. "A patient's emergency is not as important as the money."

Meas Soksensan of the Ministry of Economy and Finance points out, however, that the system has been much better funded in recent years.

Seng Thy wonders, though, where the money is going. "Though more budget has been allocated to the health sector, I see the ministry has not used it effectively yet," he said.

The government is currently planning to spend 30 billion riels ($7.5 million) to set up a Health Care Fund for civil servants and all serving and retired armed forces members. Another new policy calls for more financial resources for healthcare and maternity allowances and for the Kuntha Bopha Children's Hospital.

But even as more funds become available, achieving UHC by 2025 does not seem possible, said Ear Sophal, an associate professor of diplomacy and world affairs at Occidental College in Los Angeles. The problem, in his view, is not lack of resources but lack of political will and commitment.

"One could point to lack of resources, but Cambodia is not poor. Look at the mansions, the luxury cars, the wedding videos. There is a lot of money in Cambodia. It's just in the wrong places," he said.

Cambodian politicians, he said, do not want to do anything for the people. What they want is to money to run election campaigns and to support themselves and their families.

"The Phnom Penh authorities are very corrupt. Cambodia is number one in Asean on that front -- an overachiever. But on UHC, it is at the bottom," he added.

Eka Global follows through on a package deal