If the kai fak law is passed, land owners will be able to sell - but with the legal right to buy the land back at a later time. (File photo)

The cabinet approved on Tuesday a long-awaited bill on sale with the right of redemption, known as <i>kai fak</i>, one of the government's key initiatives to protect small-scale landowners from loan sharks.

According to Kobsak Pootrakool, the Prime Minister's Office minister, Prime Minister Prayut Chan-o-cha has told the cabinet that the kai fak law must be in place before next year's general elections.

Sale with the right of redemption is a contract of sale whereby the seller who owns real estate has the legal right to redeem his or her sold property within an agreed period. With this method, the seller transfers ownership of the property to the buyer at the seller's expense.

The redemption takes place upon reimbursement of the entire amount by the buyer, including all related fees incurred in the process.

Transfer of ownership back to the original owner takes place only when the buyer gets the money back within the agreed date. 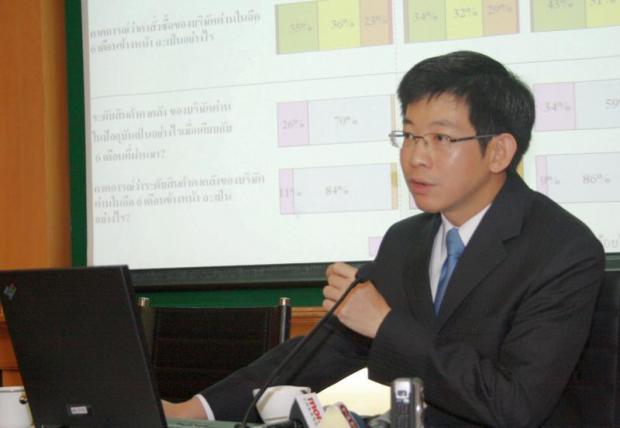 The period to buy back the property will be registered on the title deed. The buyer must return the property in the same condition at the time of redemption. If the buyer is responsible for destruction or deterioration, the buyer will be liable to pay compensation.

The right of redemption is not a financial debt. The method is widely used in Thailand as a mortgage alternative.

A mortgage is a debt instrument or a contract, secured by the collateral of a specified real estate property, that the borrower must pay back with predetermined payment terms. Real estate purchases can be made without paying the entire value of the purchase up front through mortgages.

Past governments have tried to issue and enforce such a law for more than 50 years to no avail.

"Thailand has a total of 300 million rai of arable land, 150 million of which is farmland, and half of the remaining 150 million rai is the land farmers rent from landlords," Mr Kobsak said. "That means farmers have completely lost ownership of farmland."

Under the principle of the draft bill, sale with right of redemption is a contract of sale whereby the seller who owns the real estate has a legal right to redeem his or her sold property within an agreed period for up to one year.

Every kai fak contract must be validated by local Lands Department officials. Any additions or modifications to the contract need to be reported to officials.

In the event that the landowner redeems his/her title deed or property but the buyer tries to evade, the seller is allowed to seek redress from local administration staff or Legal Execution Department officials.

The new law also stipulates the interest rate charged by the buyer must be capped at 15% a year.

Some 30 million rai is mortgaged, and the reach of kai fak contracts may amount to 100,000 farmers and 1 million rai that is at high risk of being confiscated by loan sharks, who exploit existing laws to seize land from farmers or low-income earners.