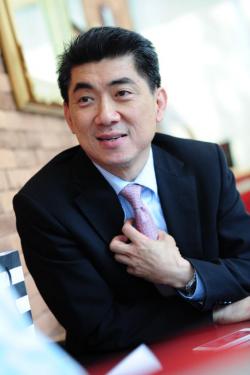 Revenue from the chicken business is valued at 45 billion baht now, including 22 billion from chicken exports (60% of which are further-processed products and 40% are frozen products), with the rest coming from domestic consumption.

Prasit Boondoungprasert, chief operating officer for chicken business and international trade, said revenue growth will be driven by the company's overseas operations and how fresh and frozen products will be processed further into higher value-added products.

"Domestic production capacity is expected to grow slightly, as is our capacity in Vietnam, where a new plant is being constructed and is expected to begin operations by 2020," Mr Prasit said.

Additional production capacity is expected to be fully utilised within the next three years, Mr Prasit said.

At the beginning of 2020, an export-oriented integrated plant in Vietnam worth US$250 million will start operations with a production capacity of about 1 million chickens a week, he said.

This is expected to drive chicken exports over the next three to four years by a million chickens a week.

Mr Prasit said the Vietnam plant will be both the company's and the country's first production plant there, as the Vietnamese government has asked CPF to establish an export standard for chicken products.

"We must prepare for this by diversifying production and sales, as well as foreign exchange risk management," Mr Prasit said.

He said the company diversified its production base into Poland nearly three years ago, with production capacity standing at 2 million chickens a week. That plant enables a smooth supply chain in Europe.

The company has also acquired two new trading companies in Britain and one German trading company to build its sales network in Europe.

CPF shares closed yesterday on the Stock Exchange of Thailand at 25.25 baht, unchanged, in trade worth 1 billion baht.