Khon Kaen takes lead in Thailand's race to smarten up

Building for the future: The tram project, if approved, will take two years to complete, and cost 15 billion baht to build.

Khon Kaen has been chosen to be the government's model smart city for other provinces to learn from.

Last Saturday, Khon Kaen hosted the Smart City Expo 2018, an event designed to showcase a variety of projects aimed at achieving the goal.

Known as the centre of the Northeastern Region, Khon Kaen -- the 9th largest municipality in the country -- is the first province to hold such an expo in Thailand.

Jointly held by both the public and private sectors in the province, the expo, organised at Khon Kaen International Convention and Exhibition Centre, included innovative ideas for improving the bus and light rail networks.

The theme of the event was "Be supportive and move forward together". 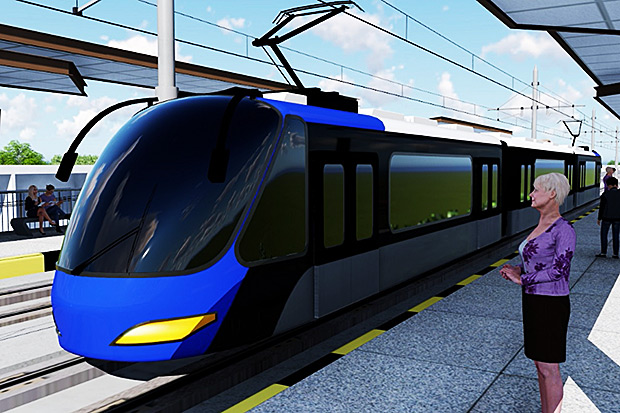 Deputy Prime Minister ACM Prajin Juntong, who presided over the expo, said he was confident Khon Kaen would become a good model for other provinces to follow.

One of the province's main strengths is the local educational institutions' contribution to the efforts to make the smart city scheme happen.

"These are pieces of work by the Thai people. The work includes technology, studies and innovations by Khon Kaen that has adopted a smart work ideology," he said.

"The bus project, for instance, will be implemented next year," he added. 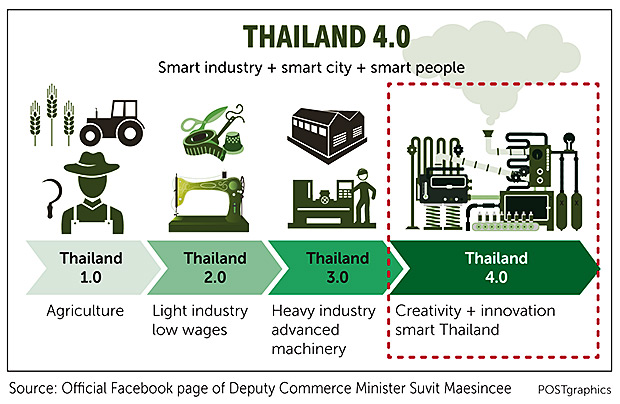 "The scheme has been created in the best interest of the public," said ACM Prajin who serves as the chairman of the government's committee on the smart city scheme.

The committee has recently assigned the Digital Economy Promotion Agency (Depa) to carry out a logo design contest for the project.

"To become a smart city, a city must fulfil at least two criteria: A smart environment and either a smart economy, mobility, energy, governance, living or population," ACM Prajin said.

Any cities interested in participating are required to submit a plan to the government for consideration.

Applications will first be screened by a subcommittee before the committee makes a final decision as to which cities deserve to receive full smart city status. 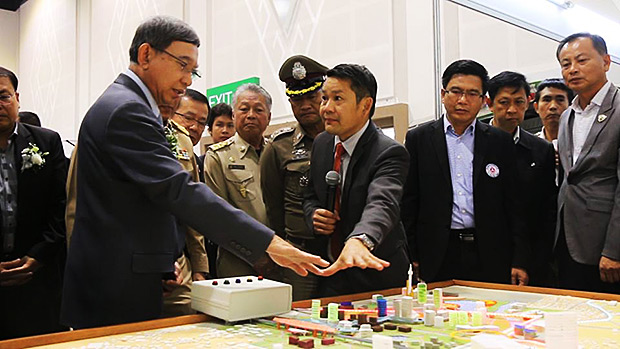 A CITY FOR ALL

Rawee Hanpachern, lecturer on architecture at Khon Kaen University told the Bangkok Post that the Smart City Expo 2018 is the latest effort by the province to invite all sectors to work together on the initiative.

"We are trying to create a platform for all sectors to come together to find smart solutions to managing various issues in the city because a true smart city is not just about building train lines, or improving the internet, it is about management solutions to handle refusal disposal issues and improving the local environment. It can be anything, not just infrastructure," he said.

"After all, a city is all about people. And a smart city is where smart people come together to create better management solutions," said Assc Prof Rawee, also a native of Khon Kaen and one of the founders of the Khon Kaen Think Tank (KKTT).

Comprising natives of the city -- including successful local businessmen -- the KKTT was established in January 2015 and became the spearhead for driving initiatives in the province.

"What made the Khon Kaen Smart City project so unique and successful was collaboration. We have an active community, who can link with the university and provincial administrations. All the provincial governors agreed to help us too," he said.

The government has welcomed the Khon Kaen model, but at a local level, some residents believe the smart city project benefits only the elite and wealthy middle class, not people from all walks of life.

"It will take time to bring everyone in the community on board. It is a long term project, and we need to involve all sectors. A true smart city does not leave anyone behind, and is definitely not exclusively for the elite or wealthy," Dr Rawee said, adding that the KKTT will focus on including people from all sectors to join various community-level initiatives.

Another obstacle is that central government remains reluctant to allocate administrative power to the province.

Currently, the KKTT is waiting for the government to give overall approval to the Khon Kaen Light Rail Transit, the flagship initiative of the project.

The only similar company in Thailand is Krungthep Thanakom, launched by the Bangkok Metropolitan Administration (BMA) to operate transit services in the capital.

The planned 26km light rail network from Samran to Tha Phra sub-district will involve the construction of 18 to 21 stations, and need two years to complete.

Even in these relatively early days of the project, progress has been made.

Local business and provincial administration, including the five municipalities in the province, launched the Khon Kaen Transit System Co (KKTS) in 2017.

The light rail project has been valued at around 15 billion baht.

So far, the Land Traffic Management Commission (LTMC), a national think tank for transportation policy, has approved the plan.

All that remains is for the cabinet to approve the development project before bidding on the construction and running of the railway can begin.

"Some people might perceive that urban mass transit is created for only the wealthy or middle class. However, this infrastructure when completed will create a new ecosystem for the urban area and bring changes to the way of life for all in the province," Dr Rawee said.

ORIGIN OF THE SMART CITY

Tired of waiting for central government, a community of business people in Khon Kaen struggled to find their own solution. And they came up with the "Khon Kaen Model". The model is based on Transit-Oriented Development (TOD), which uses mass transit as the backbone for real estate and city development. If successfully implemented, Khon Kaen will be the first city in Thailand, apart from Bangkok, to have its own rail system.

The backbone of the Khon Kaen urban development plan is the construction of a 26-kilometre light rail transit line to solve traffic congestion and increase the value of real estate along the line. The plan is to generate sufficient income and wealth to cover the cost of constructing and maintaining the rail system. However, the goals of the Khon Kaen people are not only to solve traffic problems and develop real estate, but also to make their city more liveable and their economy more prosperous.

The Khon Kaen business community also has an ambition to master rail technologies so that they can develop more transit lines in the future and even sell such transit projects to other cities. Thus, they chose to develop their system using trams, which is an open system, rather than those used in all Bangkok mass-transit systems. Such closed-systems necessitate relying on foreign technologies indefinitely.

Fully aware that Khon Kaen is not a tourist city, the local businessmen made an effort to position the city as a regional hub for meetings, incentives, conferences and exhibitions (Mice), with a proposal to construct an international convention centre. They also plan to establish an inland container depot (ICD) to cut storage and transportation costs for the goods of small- and medium-sized enterprises. All of this will be executed and funded by the private sector.

The Khon Kaen Model sets an example of participatory development in which many sectors take part in the process. It all began when 20 local tycoons, who have known one another well since their school days, each invested 10 million baht to establish the Khon Kaen Think Tank (KKTT) Group in January 2015. The company was set up to be a vehicle to collaborate with Khon Kaen University to develop strategies for urban development. With assistance from the KKTT, five municipalities along the tram line have also founded their own company, the Khon Kaen Transit System Co (KKTS), to implement the model.