The Federation of Thai Capital Market Organizations (Fetco) has proposed to Deputy Prime Minister Somkid Jatusripitak the idea of a new investment fund as a substitute to the long-term equity fund (LTF), with a 10-year investment period and tax credit of no more than 100,000 baht.

The move is aimed at encouraging greater long-term savings among Thais and reducing healthcare spending by using the government budget in the future.

Fetco chairman Paiboon Nalinthrangkurn said the proposed fund will have an investment period of around 10 years, with a tax credit for investors of around 20% of the total investment sum. The tax credit will be capped at 100,000 baht.

The tax credit will be deducted from taxpayers' latest amount paid to the government. For instance, if the tax amount an individual has to pay after including other tax deductions is 50,000 baht, the taxpayer will be given an additional 20% tax deduction if he invests 100,000 in the fund, making his tax liability 30,000 baht.

If a taxpayer wants to increase his tax deduction privilege, he has to make an additional investment in the fund. 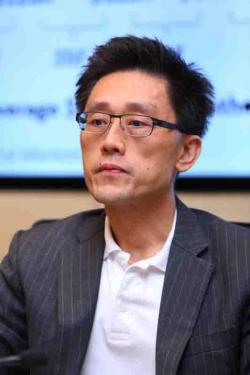 Paiboon: Conditions include 50% to SET

Mr Paiboon said the condition for the fund is fund assets have to invest 50% in infrastructure funds and stocks associated with the Stock Exchange of Thailand's (SET) Thailand Sustainability Investment, with the rest depending on the fund manager's consideration.

"This fund will not replace LTFs because of the objective is different. The new fund is aimed at helping Thais generate long-term investments for retirement savings," he said.

"This fund will not favour rich people because the tax deduction process is final."

Fetco will also approach the finance minister and Revenue Department, as is normal practice for proposals, said Mr Paiboon.

Taxpayers are permitted to deduct contributions to LTFs and retirement mutual funds worth up to 500,000 baht each, or no more than 15% of annual taxable income, whichever is lower.

To obtain the tax deduction, individuals must hold LTF units for at least seven calendar years and not be incapacitated or dead.

SET president Pakorn Peetathawatchai said the bourse has proposed the government accelerate the approval of bills related to technology as such legislation to increase the SET's competitiveness.