Automotive industry at a turning point

A fleet of Thai-made Suzuki eco-cars ready to be shipped to Europe at Laem Chabang port. (Photo by Piyachart Maikaew)

The year 2019 is shaping up to be a challenging one for Thailand's automotive industry in terms of keeping its competitiveness, both regionally and globally, as other developing countries venture into the high-value sector to create local jobs.

The automotive industry in Thailand was founded during the 1950s as part of a government effort to upgrade the economy from mainly agricultural to industrial.

Many car manufacturers, especially from Japan, have sought new production hubs to avoid climbing wages in their home countries, diversifying to facilities elsewhere.

It possesses the strongest automotive cluster in Southeast Asia, employing 850,000 people and contributing 10% of the country's GDP.

The Federation of Thai Industries (FTI) estimates exports of automotive products at 950 billion baht in 2018, up from 941 billion the year before.

Other emerging economies are developing an automotive industry, learning from Thailand's mistakes. This means Thailand could lose its automotive core competency unless policymakers adapt to industry upgrades to meet global trends. 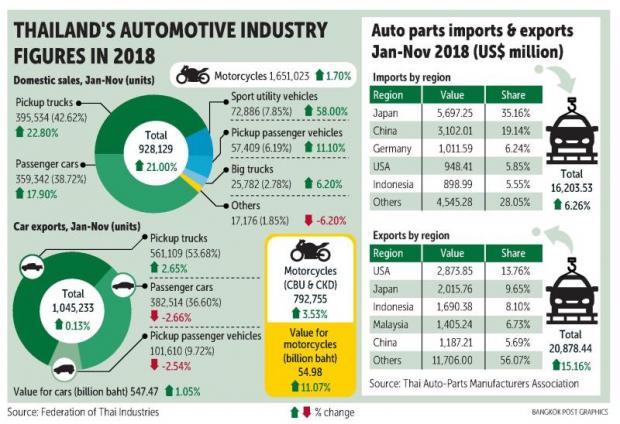 Although the automotive industry pays a high salary to local staff and hires mostly Thais, the middle-income trap remains an obstacle for the segment.

"This is the reason local car sales managers still emphasise affordable cars instead of higher-technology ones, because the latter come with a higher price tag," he said. "The club has witnessed the growth of sport utility vehicles with smaller sizes and cheaper prices, as well as larger-volume, Thai-made eco-cars in the domestic market."

As a result, the country's automotive industry is competing against other emerging economies such as Indonesia and Vietnam.

Thailand is also in the initial stage of promoting electric vehicles (EVs) but still has a long way to go.

Mr Surapong said Indonesia has an average income of $3,876 per person per year, meaning the market is geared towards cheap cars. The government in that country promoted the Low Cost Green Car scheme that attracted massive investment from Japanese automakers.

Vietnam is upgrading via its national brand, VinFast. According to the company's statement, deliveries of the first VinFast cars will commence in Vietnam from September.

VinFast is also developing a wide range of other vehicles, including EVs, city cars, electric buses and electric scooters. The company wants to export to foreign markets in the coming years.

"Both countries are protecting their local industries, and it will be tough for Thailand to export to those countries with their non-tariff barriers," Mr Surapong said.

In 2019, the FTI projects total Thai production of 2.15 million cars, even as domestic and external factors become volatile.

The tentative projection includes 1.05 million cars sold locally, while exports are estimated at 1.1 million cars. This projection would mean flat growth from 2018.

Mr Surapong said shipments will face fragile conditions on many continents in 2019.

In particular, Europe is halting car imports from Thailand under the region's Generalised System of Preferences. To circumvent this, many car makers plan to ship cars from Turkey to that region.

Mr Surapong said the trade war between the US and China continues to have a widespread negative impact and is the most important factor hurting the global economy and exports. 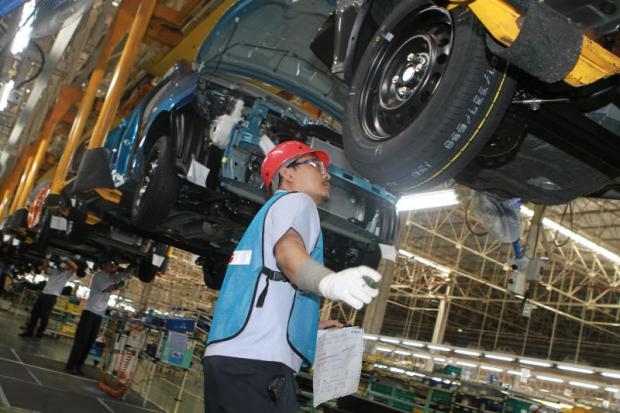 Auto parts makers are concerned about the long-term direction of Thailand's auto industry.

Auto parts exports are still performing admirably, with projected growth in value of 5-8% in 2019, in line with other exporter associations.

Achana Limpaitoon, president of the Thai Auto Parts Manufacturers Association, said that for 2019 and 2020 local parts makers can still export to major car-producing countries like the US and Japan, which own their technologies and innovations.

"But we are worried about the effect from the trade war, even though the US has yet to impose tariffs on cars and auto parts," Mrs Achana said. "Once the US takes action, Thai parts exporters will suffer immediately.

"We can ship as replacement parts to other markets such as Africa, Cambodia, Laos, Myanmar and Vietnam, depending on whether they operate conventional cars. There is plenty of room for Thai auto parts makers to survive."

Yet Thailand's automotive industry will weaken starting from 2021 because of the widespread trend of EVs, she said.

The EV trend is a game-changer for the industry and will encourage many tier-one companies to research and develop high-tech auto parts, Mrs Achana said.

"We cannot avoid this trend. It will make some parts obsolete," she said.

The government's scheme of new industry clusters focused on high technology aims to copy the success of other developed countries such as Taiwan and South Korea in strengthening their traditional industries. 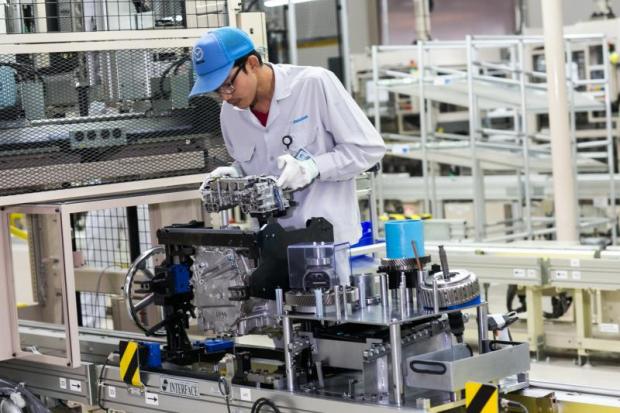 A worker assembles a transmission for a Mazda car in a Chon Buri plant.