Since 1974, a decade after its parent Obayashi Corporation’s establishment in Thailand, Thai Obayashi Corporation Ltd., Thailand’s leading construction contractor, has been exploring and testing the limits to expand its know-how into new territory in commercial property development areas. With the launch of the Nantawan Building as its initial office rental project in Ratchadamri, the company acquired construction knowledge and accumulated experience building remarkable landmarks for the country while also learning how to diversify into new investment areas.

With the anticipated post-election economic outlook and successful previous investment, Thai Obayashi now takes pride in launching another commercial building as an alternative asset in 2019.

The Foundation Stone Laying Ceremony for “O-NES TOWER”, the company’s latest office and retail rental building, was presided over by Obayashi Corporation’s Chairman, Takeo Obayashi along with Japanese Minister and Deputy Chief of Mission in Thailand Hiroshi Kawamura and Thai Obayashi led by President Sompong Chintawongvanich, on 12 March 2019, marking a new milestone for the group introducing innovative yet sustainable commercial buildings to the world.

“O-NES TOWER is launched as our showcase to present comprehensive features and modern building functions required by today’s commercial space rental market, rather than to compete with other commercial development projects. Environmental focus, simplicity, and versatile functions are the prime elements paving the way ahead for us in this sector”, revealed Sompong Chintawongvanich, President of Thai Obayashi.

“Urban Forest”, the building’s design concept, demonstrates Thai Obayashi’s commitment to sustainable energy consumption by integrating certified international building standards, including LEED and WELL. The effective guarantee provided by the global building institutes ensures the building is developed to achieve green clean space that is compatible with the environment and wellbeing of
humanity. 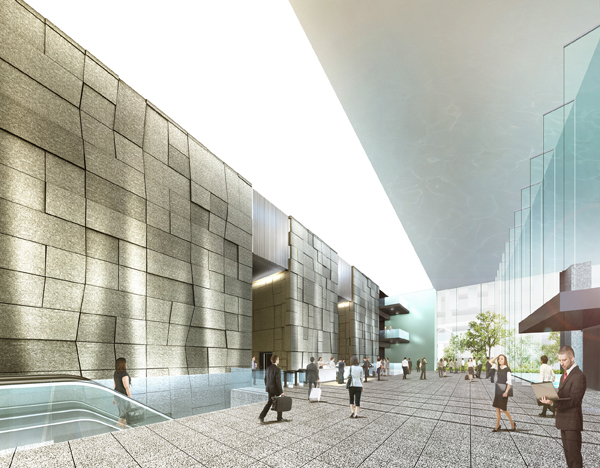 Another outstanding feature of O-NES TOWER that no other commercial building in Thailand offers is hybrid structure. The RC Core wall and steel framing enables 20-metre spans without columns. Offices, retail outlets and restaurants are thereby able to utilise the full floor area.
Each floor area in O-NES TOWER comprises two zones of 950 square metres and total 2,000 square metres lettable area per floor. It also provides extraordinary loading efficiency of 800-1,000 kg in heavy duty zones, while other buildings are only able to support at most 500 kg loading. Optimising convenience for both tenants and visitors, sixteen elevators are installed to facilitate busy traffic in the 29-floor tower. 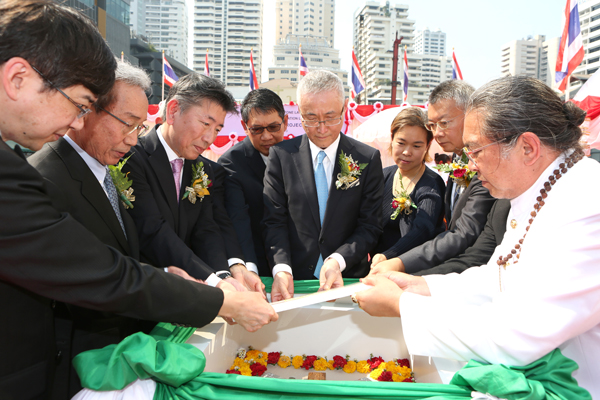 Located in one of the most bustling areas of Bangkok and just steps from Nana BTS station, the highly functional and prestigious office spaces come with 555 parking lots to serve modern lifestyles and visitor traffic density.

Whilst the premium functionality of O-NES TOWER best illustrates Thai Obayashi’s know-how, the Japanese identity also shines through in the building design.

“Simplicity embodies our dignity and corporate philosophy,” Mr. Sompong continued. “The building design of O-NES TOWER showcases a CFT (Concrete Filled Steel Tube) and V-column steel façade which is uncommon in Thailand. But the way we use this feature increases the transparency of the glass façade on the north and south sides of the building as well as creating an elegant appearance.”

The stylish features are conveyed in the building’s name which is derived from Thai Obayashi’s credo of “HONESTY”, ambition to be a number “ONE” leading company, and the initials of Obayashi New Environmental Space (O-NES). 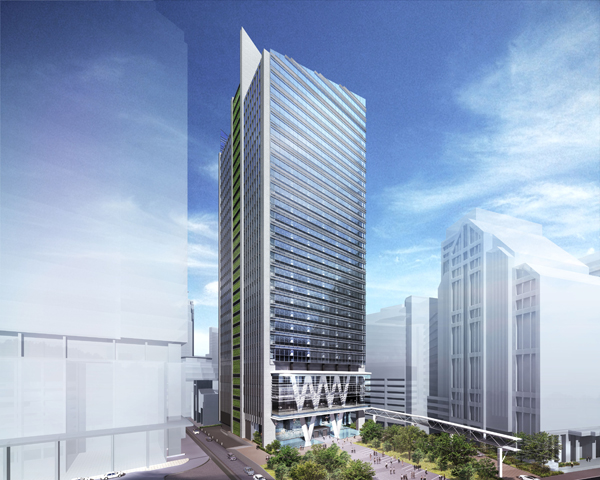 With a 9 billion baht investment, the 4.4 rai development is slated for completion in 2021. Some 46,000 square metres of floor area will be reserved for office leasing leaving 1,200 square metres for shops and restaurants. For more rental information, please visit www.thaiobayashi.co.th.