DeeMoney at forefront of transfer services despite barriers
Business

DeeMoney at forefront of transfer services despite barriers 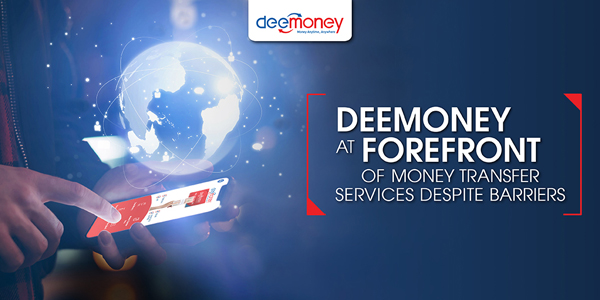 These innovations are enabling more customers to easily and conveniently send and receive money across borders, especially those customers lacking access to traditional bank branches. The World Bank said global remittances grew seven percent to $613 billion in 2017 from $573 billion in 2016.

But despite successfully disrupting the market and placing pressure on banks to improve their game, fintechs and other nonbank providers face barriers to expanding their services. The World Bank said last year that regulations targeting nonbanks were restricting the industry, and holding back financial inclusion that could improve lives, especially those in developing countries.

In Thailand for example, nonbanks must apply for a new licence for every branch they want to open, while banks can open numerous branches with the same licence. Daily transfer limits are set higher for banks than nonbanks, potentially impacting small and large companies wanting to do business through channels like DeeMoney. Nonbanks are barred from appointing agents, such as retailers, to receive transferred money. And customers using nonbanks must provide formal identification to receive inbound transfers, while customers using banks do not.

“DeeMoney is shaking up this industry. It aims to streamline and speed up traditional transfer processes that are often not practical, too unwieldy and inaccessible for those who need these services most,” Mr Phlaphongphanich said.

“Regulations for all providers should be the same, without favour, so all customers have the opportunity to benefit fully from these new, innovative and growing services on offer,” he said.

DeeMoney last year became the first and only nonbank provider in Thailand awarded special licences by the Bank of Thailand for cross-border money transfer, exchange and e-payment services.

That means DeeMoney can offer customers safe, international transfer services, without a string of high charges (such as transfer and receiving fees and currency conversion charges) that the banking sector has traditionally imposed. Instead DeeMoney charges a flat fee of 150 baht per transaction.

Unlike traditional institutions, DeeMoney also does not require large amounts of documentation or bank account requirements for transfers. DeeMoney requires only one form of valid ID for initial registration. While bank remittances can take days to receive, there are no delays with DeeMoney.

Customers can instantly transfer money and make payments from Thailand via the DeeMoney app available on Android and iOS to 17 countries.

DeeMoney also has four branches in Bangkok, offering transfer and 34 currency exchange services. Money can be sent to 180 counties including the United States, Australia, China, India and ASEAN countries such as Cambodia, Vietnam, Myanmar and the Philippines. By collaborating with international partners, it has a strong and reliable distribution network globally, with more than 220,000 service points.

Mr Phlaphongphanich said the industry was undergoing major changes, as DeeMoney and other nonbanks introduced innovations. With regulatory barriers removed, enabling an even more competitive environment, more customers would benefit.