Department may call off some allowances

The Revenue Department is calling on the new government to seek measures to compensate foregone tax revenue if populist campaign promises of lower taxes are realised. 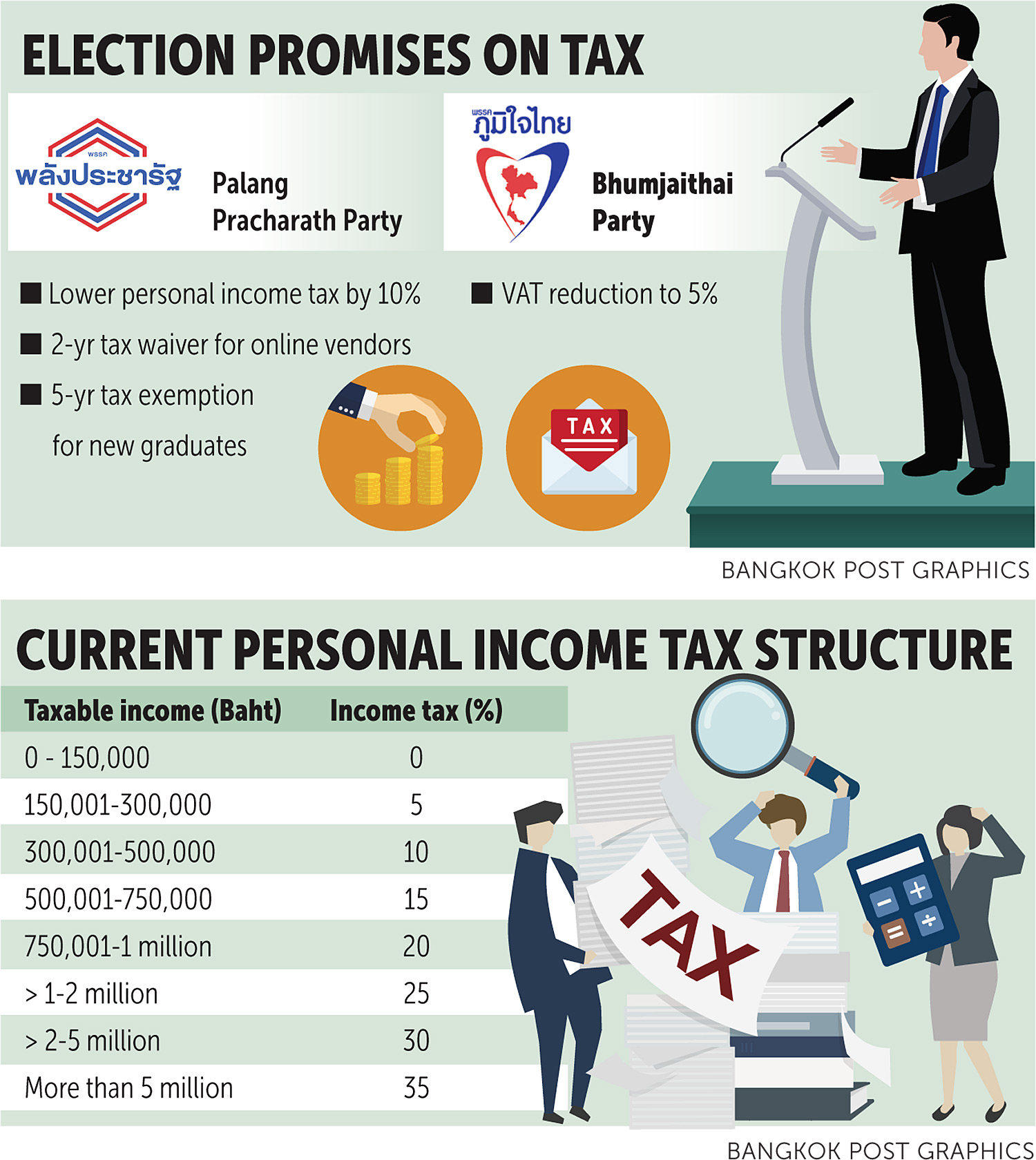 "Tax reduction certainly lowers the cost of living, but we also need to consider how to offset the forgone revenue," said Ekniti Nitithanprapas, director-general of the Revenue Department.

If the new government proposes slashing personal income tax, the Revenue Department could, in turn, propose reducing or calling off some tax allowances, he said.

The department offers a raft of tax allowances, including investment of up to 500,000 baht each tax year in long-term equity funds or retirement mutual funds, but no more than 15% of annual assessable income, whichever is lower. There are income deductions of 50% for up to 100,000 baht, and deductions for insurance premiums of up to 100,000 baht for at least 10-year term life insurance coverage, as well as allowances for children.

Mr Ekniti said the department is analysing the tax policies of the new government.

The Palang Pracharath Party, which is taking the lead in the coalition, campaigned during the national election to cut personal income tax across the brackets by 10% percentage points, a two-year tax exemption for online vendors and a 5-year tax waiver for graduates.

Bhumjaithai Party, which joined the coalition government, pledged to cut the value-added tax (VAT) to 5%.

Commenting on VAT hike to 10% as stipulated by law, he ruled out the tax increase at the moment, citing the country's economic slowdown.

Every 1% hike in VAT will generate an additional 70 billion baht tax to the Revenue Department, he said, noting that VAT is the department's largest tax revenue source, representing 40%. VAT was first introduced in 1992 at a rate of 10%, but was immediately slashed to 7% at the request of business operators who felt the rate was too high. The government must extend VAT charged at 7% on yearly basis.

The Revenue Department is the largest tax-collecting agency, contributing 80% to the country's total tax revenue.

Mr Ekniti said the department collected 1.22 trillion baht during the eight months through May, surpassing the target by 38 billion.

With the higher than targeted tax revenue for the October-to-May period, he is confident the full-year tax revenue target of 2 trillion baht will be reachable, though the economy remains doldrums in the second half.

He said the department's performance could be largely attributed to digital technology as the agency has adopted data analytics.