Readers gather in one of the guesthouses devoted to welcoming book lovers in Bhilar in Maharashtra state.

Prashant Bhilare's family has seen lot of prosperity in the last over two years, and they have books to thank for it.

"My elder brother Praveen and his wife Hema have added to their income by serving food to book lovers who stay in our house," he tells Asia Focus. "I've built three new rooms for guests on first floor of our house.

"As well, my wife Saraswati has opened a bookshop, and we're saving on transport and brokerage because our guests buy boxes of fresh strawberries that we grow on our farms," says Mr Bhilare, 40, a civil engineer by training and farmer and guesthouse owner by profession.

Mr Bhilare is a resident of Bhilar near the Indian city of Pune, about three hours' drive southeast of Mumbai. The community is thriving because of what one might call a novel decision made two years ago by the Maharashtra state government.

Taking their cue from Hay-on-Wye, the world-famous "town of books" in Brecknockshire country of Wales, state officials decided to create a village of books in Bhilar. It was chosen for its location, tucked between Mahabaleshwar and Panchgani, a pair of hill stations already popular with tourists. 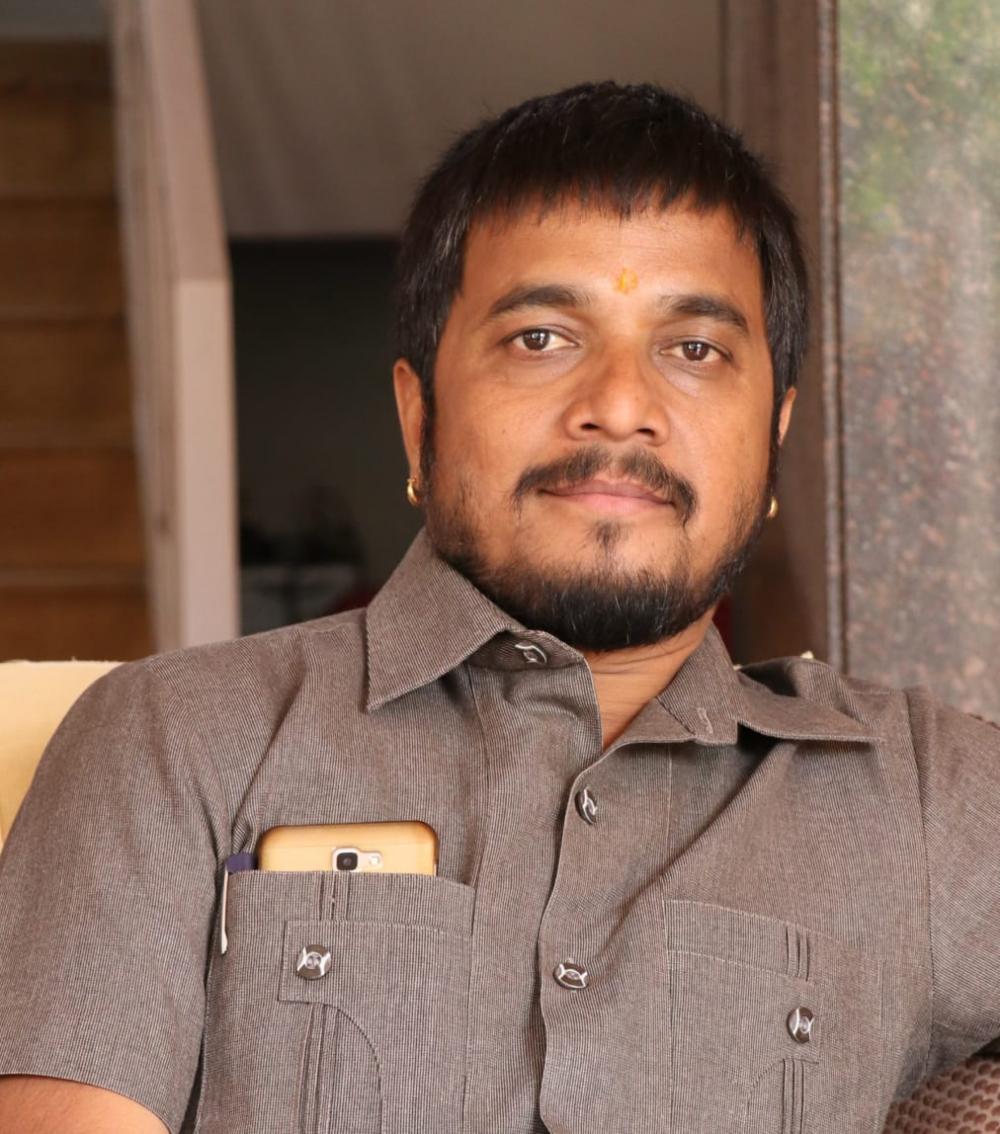 "The guest is God for us," says guesthouse owner Prashant Bhilare. SUPPLIED

The state government provided furniture and more that 15,000 books on history, fiction, poetry and children's literature for free to 25 villagers who agreed to dedicate space for housing them. The idea was to attract not only tourists visiting Panchgani and Mahabaleshwar but also book lovers who would like to read in peace in a pleasant climate.

The project was initiated by Vinod Tawde, who was minister for education and the Marathi language at the time. He still holds the language portfolio and initially, only Marathi language books were made available.

But as the months passed, another 15,000 books including 3,000 English language titles -- from Shakespeare to Harry Potter -- have been added to the collection. The number of villagers keeping books in their houses, lodges and hotels has now increased to 35.

The village of books has succeeded in promoting a reading habit among many people, residents and visitors alike. So much so that Mr Bhilare's guest accommodation, which he lets out only to readers, was fully booked through the peak summer weeks from April 15 to June 1 and even in the rainy season.

"First a boy from Buldhana (a district in Maharashtra) was staying with us," he says. "Then a lady from Goa stayed for seven days. And now I am expecting someone from Kolhapur. There are no charges for the books and everything else including food and accommodation has a price."

Each of the 35 houses, lodges, inns and hotels where books are kept for reading has been allotted a separate genre. For instance, the fare at Mr Bhilare's guesthouse includes books on Chhatrapati Shivaji, a warrior king from the 16th century. Shashikant Bhilare (all of the residents take their surnames from the name of the village) has autobiographies of social reformers and historical figures.

Children's literature is kept in Hill Range, a private school in the village. Rahul Bhilare, 34, who owns the Anmol Inn, specialises in books on Marathi culture and language. There are even books available for reading on competitive examinations. 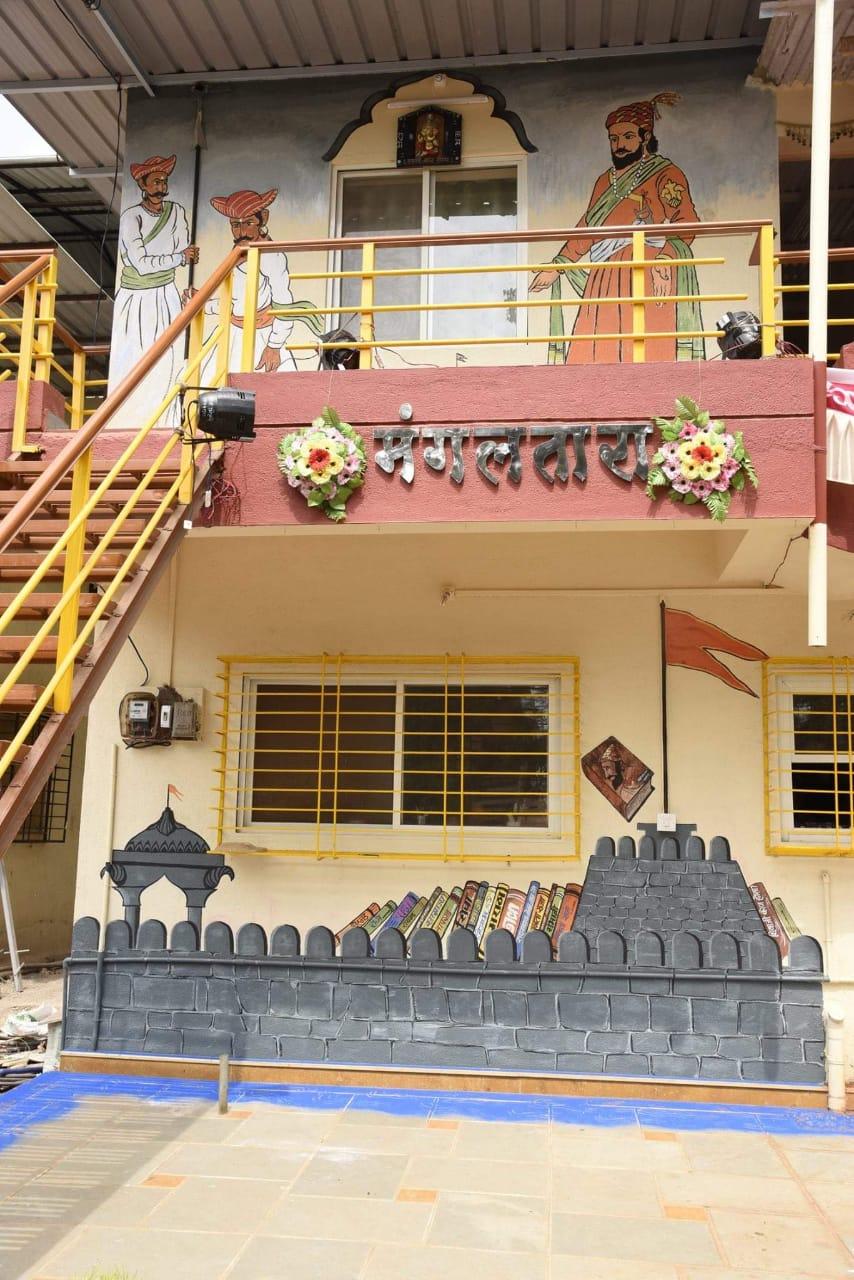 Prashant Bhilare's guesthouse is one of several in the community that feature special spaces for reading. SUPPLIED

"Earlier I would get guests only in peak season," says Prashant Bhilare. "Now I get them even during the rains. Earlier our village was known only for growing strawberries. Now people turn up to read and discover books."

The success of the tourism project is leading to improvements in other areas that benefit the entire community, adds Rahul Bhilare. "Now even a concrete road is being laid from the Panchgani-Mahabaleshwar highway to my village." As well, the government is building an amphitheatre and dormitories in the village and creating more parking areas.

Vinay Mavalankar, an aide to Mr Tawde, says the minister was inspired by a visit to Hay-on-Wye in 2015. "But unlike the [Welsh] town which is dotted with large bookshops, he decided to give it a distinct Maharashtrian colour by providing Marathi books in houses, lodges and hotels," Mr Mavalankar tells Asia Focus.

Each house, lodge, inn and hotel in Bhilar is allotted around 500 to 1,000 books. Pictures of the covers are painted on the facades of the buildings. Tourists can register to read the books.

Mr Mavalankar said that more than 200,000 people have visited the village in the last two years, and the project has greatly contributed to economic growth. "Earlier the tourist season was limited to 40 to 50 days. Now it has increased to 150 days."

The village of 650 households is indeed witnessing an upsurge in development. Mr Mavalankar pointed out that in addition to infrastructure projects, the state government has also encouraged cultural programmes. More than 20 programmes have been organised in the past two years, long with a number of exhibitions.

Books are stored in glass-fronted cupboards or displayed on fancy book stands. The guest has the option of reading them while snuggling up on a sofa or lying on a bed. A wicker chair on a balcony overlooking the scenic valley is another option. People running guesthouses, inns, lodges and hotels have become so accustomed to their guests' presence that they do not get disturbed at all when a visitor walks in and finds women sorting rice, wheat or sorghum.

"The guest is God for us," Prashant Bhilare says.

Next time you happen to be in Mumbai or Pune, take time for a side trip to Bhilar, where you can read and eat strawberries to your heart's content.