As travel gets cheaper and more accessible, overtourism is becoming a serious threat that can only be solved through long term strategy

Filthy water laps against a beach in South Pattaya near the entrance to the Walking Street behind the city's water treatment facility in May. Authorities say the treatment system becomes overwhelmed during heavy rains, but it's also been reported that many parts of the system have just broken down. (Photo: Chaiyot Phupattanapong)

Southeast Asia is home to some of the most beautiful beaches in the world, making the region a tourism magnet. But truly unspoiled beaches are getting harder to find outside of Instagram. 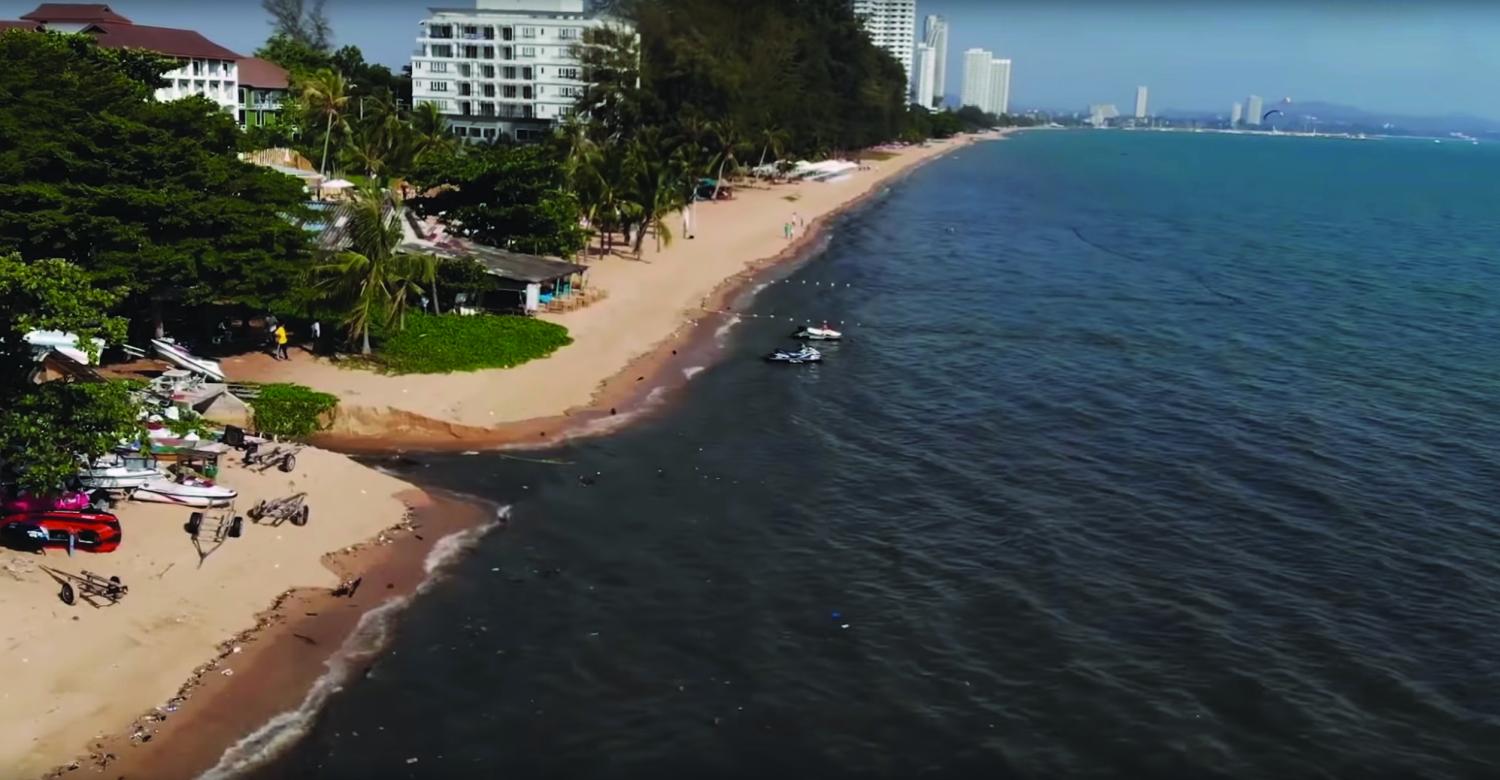 When a beach is located near a populated area lacking the infrastructure to cope with a visitor population that often exceeds the number of local residents, the result is a graphic warning of the perils of overtourism.

That's what happened in Pattaya in May, when local residents and tourists were shocked by the sight -- and smell -- of foul black water lapping the sands of Jomtien beach and spreading around 1.5 kilometres into the sea. People had been swimming there just the day before the 20-second video was posted on the @welovepattaya58 Facebook page, to predictable outrage. "Who would want to swim in that?" commented one viewer.

Thai Rath newspaper reported that the source of the rotten water can be traced back to sewers from Na Jomtien Soi 8 that serve at least four large hotels plus some restaurants and bars near the beach.

Na Jomtien municipality reportedly spent 125 million baht on the waste water management extension project. It is still under warranty but already the sewers are filled with weeds, some manholes are broken beyond repair, and garbage blocks sewer inlets. The water treatment facility had not been working for "a long time now", local official Supoj Inyaem told the newspaper.

In Bangkok, meanwhile, hundreds of condoms bearing the name and logo of a well-known hotel were found dumped in Klong Bangkok Yai, a main channel off the Chao Phraya River. The owner and staff said they employed a private waste management company and had no clue how the condoms ended up there.

The Bangkok Yai canal is a popular tourist destination because of nearby temples, mosques, markets and the informal settlements lining its banks. But rubbish is a common problem, especially during the rainy season. Eventually, pollution will take a bigger toll and become a turn-off for visitors, such as those who are paying top rates for riverside rooms in the capital.

As for Pattaya, it is like a lot of popular destinations, where authorities don't seem to have determined "what they can take before they break", observes Chris Flynn, founder and CEO of the World Tourism Association for Culture & Heritage in Sydney.

The number of global travellers is projected to continue increasing as travel becomes cheaper, technology improves and people have more money to spend, particularly the growing middle class in countries such as China and India. But countries with a high dependence on beach travel, such as Thailand and the Philippines, how to make tourism sustainable is becoming a big concern.

The growing number of tourists increases the use of natural resources, causes social and cultural impact, and exerts pressure on infrastructure, mobility and other facilities. Therefore, adequately managing tourism to the benefit of visitors and the local population alike has always been a fundamental issue for the sector, World Tourism Organization secretary-general Zurab Pololikashvili wrote in its recent publication Overtourism? Understanding and Managing Urban Tourism Growth Beyond Perceptions. 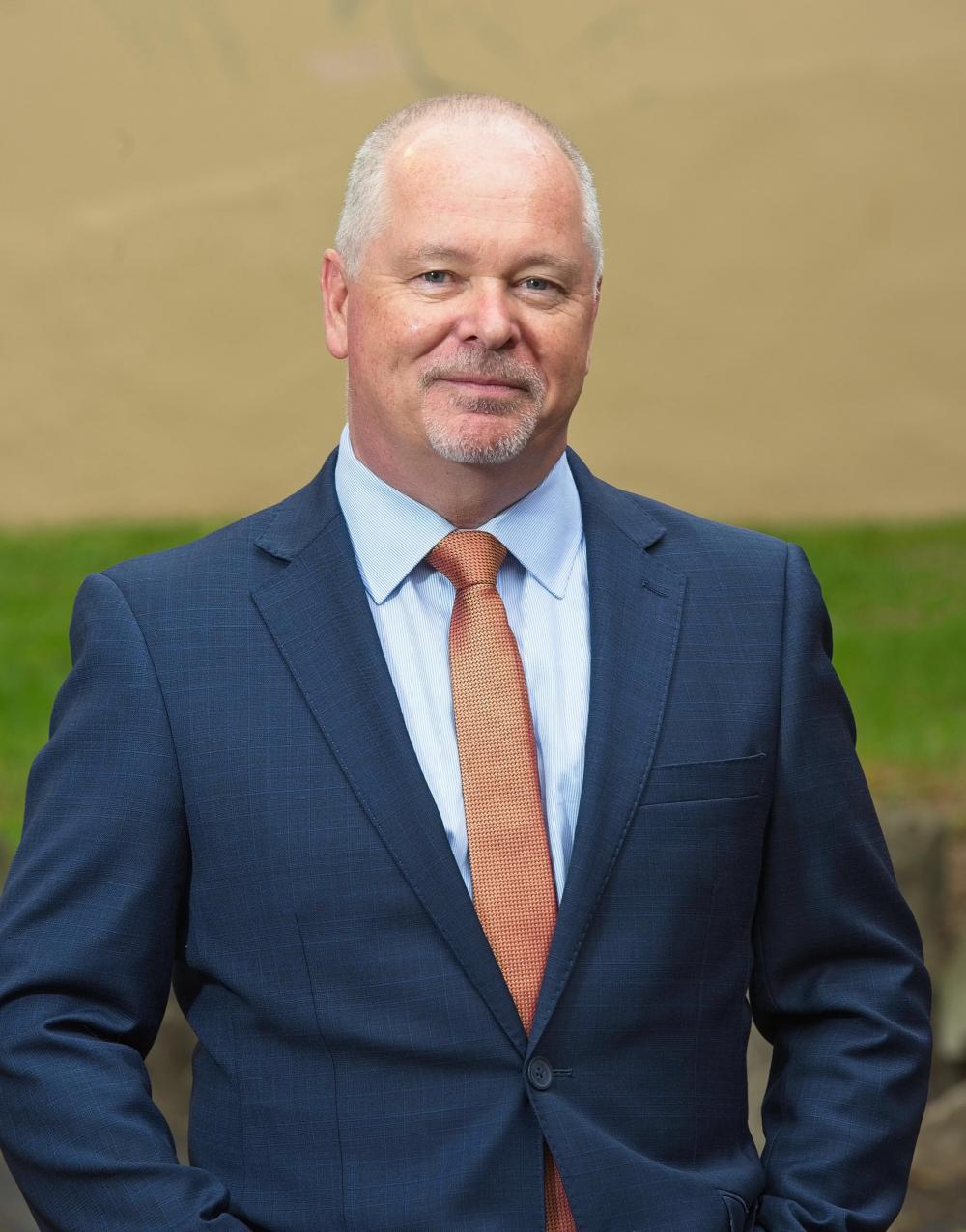 Thailand is expected to welcome 41 million foreign tourists this year, and the number could reach 65 million -- almost equal to the country's population -- before the decade is out, the World Travel & Tourism Council (WTTC) said recently. The risk of congestion and pollution, improper waste management and beaches infested with cigarette butts and plastics is rising.

"If you are going to want more and more people to visit your destinations, without determining the consequences of that, you are in trouble," he added. "Each visitor consumes all the infrastructure and resources such as the water, the sewage system and everything else that you've got. It just piles on that pressure.

"People think that it is only happening in Venice, islands in Thailand and Barcelona but it goes further than that."

He gives the example of Easter Island, or Rapa Nui, where the permanent population is less than 6,000. Last year the Chilean island in the Pacific welcomed just over 100,000 visitors. That adds up to 20,000 tonnes of garbage every day. Anything that is recyclable gets flown out to the mainland, adding an extra layer of cost.

"These are the consequences that they didn't think about," said Mr Flynn.

"Now, there's nothing wrong with driving your economy through tourism because it creates jobs and it builds pride in destinations. But, if you keep the door open, without understanding what the consequences are from pollution and exploitation, then you've got a problem."

Beyond keeping track of how many visitors a place is attracting, it's important to know as much as possible about what people do while they are there, how long they stay. That's where technology can help.

In Mr Flynn's home city of Sydney, each visitor to the Royal Botanic Gardens receives an electronic tag that transmits data to help staff learn more about peak hours and movement patterns and adjust services accordingly. But the bigger challenge remains unaddressed.

"You already have the problem of overflow in tourism and such monitoring solutions are only managing the symptoms and not actually dealing with the issue, and everybody thinks that it is not going to happen to me," he explained.

Mr Flynn, a former regional director for the Pacific Asia Travel Association (Pata), draws on 30 years of experience in international tourism. He says most tourism authorities around the world are fixated on expanding tourism with marketing and branding to bring in more visitors to drive the economy. This is where the problem lies.

"They will have a tourism minister who has a short shelf life and might only be in the job for a two-year tenure and during that time, he will want to do a good job for his boss which is to increase visitation by a certain percentage," he observed. "The idea of measuring the yield and the value of tourism has not yet been accepted."

He pointed to Turkey, where the tourism minister has said he wants to see 70 million visitors by 2030, up from 40 million last year. The minister's plan, said Mr Flynn, is to open up previously restricted areas that are culturally sensitive, and where communities that are currently protected will be affected.

"What is the point of that? When is it enough?" he asked rhetorically.

In an age when air and cruise travel are more affordable than ever before, tens of millions more people are now travelling for the first time. A long-term strategy will be essential if destinations are to survive the onslaught.

"The number one thing that millennials across the globe want to do as a group is to have a true, authentic cultural experience and we are about to have 100 million Chinese millennials travelling over the next five years. Yet there are no checks and balances in place anywhere for what is going to happen when this starts to happen," said Mr Flynn.

Most tourism authorities in Asia Pacific, he said, rarely communicate with the agencies responsible for basic infrastructure about just how many people a destination can take.

"Is the sewage system able to cope on a Saturday night? Is the WiFi in place? Is the telecommunication all right? They do not speak to each other so what starts to happen is all these cracks start appearing and once a crack appears, people will jump ship and it becomes someone else's problem," he said.

Countries in Asia Pacific should come up with a "long-term consequential plan" of what they need to consider because "we have no right to expect that things will be the same for the next generations, unless we do things to prevent it".

"This is where the growth is and this is where all the brands are focusing because cruising is still a pretty new concept here," she told the Asean Business Summit 2019 in Bangkok. "With the huge opportunity, we are going bring millions of cruisers to these countries that we represent, and we hate to see these beautiful beaches close."

Last year, Boracay in the Philippines and Maya Bay in Thailand were closed due to overtourism. Maya will remain closed until mid-2021.

With $1 billion in assets, Royal Caribbean has a vested interest in ensuring that destinations remain "pristine and beautiful", said Ms Stephan. It is spending more time talking with authorities in Southeast Asia about how to tackle problems such as pollution.

"The future of our economy and the profitability of tourism is never going to change so we need to start figuring out now how we can build this together in a very sustainable way," she said.

Ms Stephan acknowledged reports that many cruise giants have contributed to "quite a little bit of air pollution" in Europe. Royal Caribbean for the past 20 years has had environmental officers to monitor its ships' impact on the environment.

"On our ships we have recycling systems such bailers and compactors and 75% of our waste never reaches the landfill," she said. "In fact, we are probably more environment-friendly than most cities are."

Mr Flynn, however, is concerned about the impact of cruises on local communities, such as the ones in the Pacific. Some countries in the Pacific -- he did not name names -- have agreed to allow cruises to visit some outer islands where aboriginal people have been living relatively undisturbed for thousands of years.

"I have a photo of the minister from the island country giving an award to a tribal elder and behind them is this giant cruise ship," he said. "Now think about this, if you lived the same way for thousands of years on these islands and all of a sudden, a giant cruise ship turns up twice a week, your culture is ended.

"It is this lack of foresight that disturbs me because once your culture is gone, it is gone. It can't be regrown, it is finished."