The plan comes as MMC yesterday reached a shipment milestone of 4 million vehicles from its facility in Laem Chabang, Chon Buri. A Triton pickup was the 4 millionth vehicle shipped, bound for Europe.

"Of the total budget, ¥12 billion is allocated to improve the car paint factory in Laem Chabang, where Mitsubishi has yet to upgrade the production efficiency for over 20 years," Mr Masuko said. "This improvement is meant to raise efficiency, ability and productivity at MMC's manufacturing facility in Thailand to make vehicles for the global market."

The remaining budget of ¥13 billion is being considered for new robotics and automation upgrades for the three car factories in Laem Chabang.

Mr Masuko said investing in the car paint factory can start the improvements, while MMC's board of directors will decide on adopting robotics and automation for the Laem Chabang plant by September. 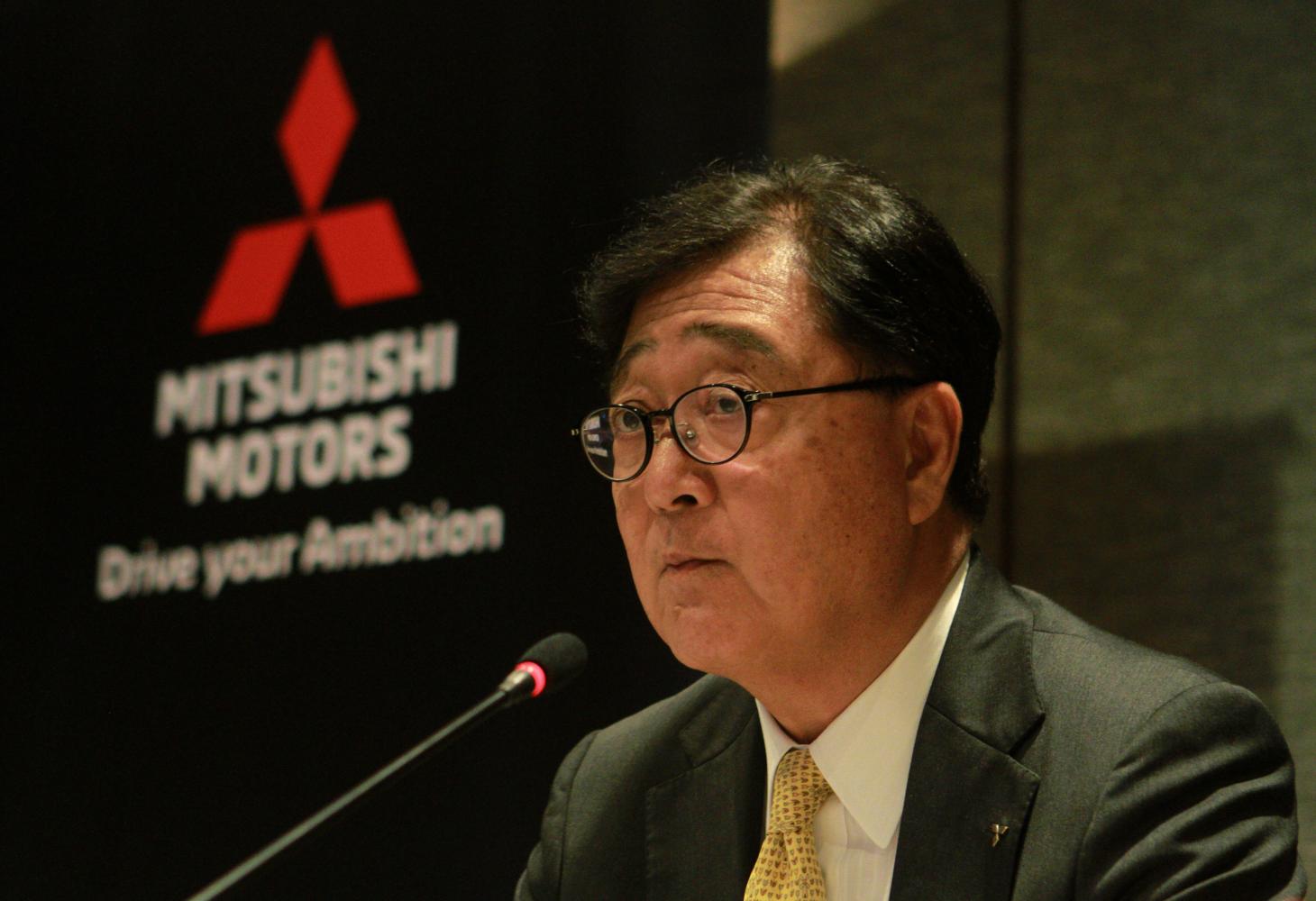 "Mitsubishi wants to emphasise the importance of Mitsubishi's operations in Thailand over the next 30-50 years," he said. "This production site is MMC's largest car export hub, shipping to 120 countries."

Mitsubishi has three factories in Laem Chabang with total production capacity of 424,000 cars per year and 7,000 employees.

Mitsubishi started operations in Thailand in 1961. In 1988, it was the first car maker to export Thai-built vehicles, shipping the Lancer Champ to Canada.

In the first half of 2019, Mitsubishi's exports from Thailand were the highest at 151,000 cars, up 9% year-on-year, surpassing Toyota, which fell to the second spot.

In addition, Mr Masuko said Mitsubishi is committed to starting assembly of plug-in hybrid electric vehicles (HEVs) at the Laem Chabang plant in the second half of 2020.

This plan comes after Mitsubishi won Board of Investment privileges for plug-in HEV investment applications worth 3.1 billion baht in March.

"The Laem Chabang plant will be the first in Southeast Asia assembling Mitsubishi's plug-in hybrid cars," Mr Masuko said. "This version is in line with MMC's goal to produce eco-friendly vehicles."

Mitsubishi has chosen Indonesia as the first country in Southeast Asia to launch the Outlander plug-in hybrid this month, but the car is imported directly from Japan, not assembled locally.

For the Thai market, the Outlander will be assembled as a plug-in hybrid along with other sport utility vehicles of Mitsubishi. The Xpander and Eclipse Cross can be made as plug-in hybrid versions.