The TAT's campaign hopes to show that locations farther afield are worth a visit.

After promoting second-tier provinces for two years, the Tourism Authority of Thailand (TAT) vows to spend another two years proving that those locations farther afield are worth a visit.

"It's been two years since the second-tier promotion was implemented, and we believe that in two years the harvest will benefit us all," said Yuthasak Supasorn, the TAT governor.

The TAT kick-started its campaign to promote less-popular destinations with 24 provinces in the first phase four years ago, under the "Hidden Gems" project during 2015-16, before expanding to 55 provinces in 2017-18 to comply with the Finance Ministry's tax break for tourism spending. 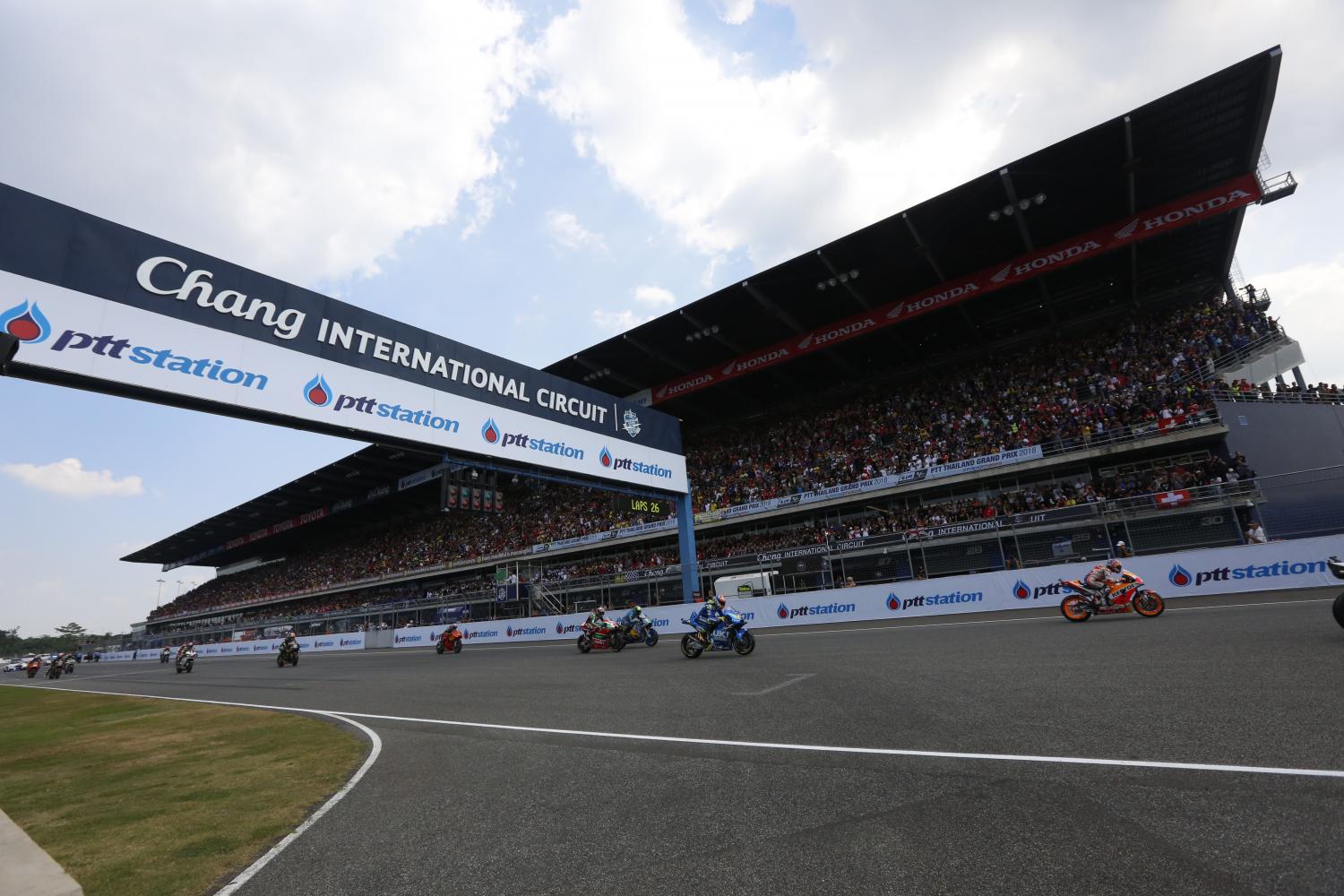 The government anticipated that the effort would inject tourism revenue into rural areas, narrowing income disparity.

But Thai tourists were not particularly interested in the tax break, according to a survey by the Tourism Council of Thailand (TCT) and Google last year, with a small number of taxpayers taking advantage of the incentive.

After the stimulus plan proved to have less than spectacular results, marketing activities were the remaining hope to bring more recognition to second-tier provinces.

Statistics from last year showed that 55 provinces enjoyed growth in tourist numbers and revenue of 5% and 9% respectively, compared with key destinations that showed increases of 3% and 8%.

Nevertheless, the TAT is keeping a wary eye on the balance between wealth and sustainability in emerging areas.

"We have to concede that growth will not be the same for all provinces because of the differences in infrastructure and natural resources management," Mr Yuthasak said. "Therefore, from 55 provinces, about 10 are ready to take the lead in this campaign, such as Chanthaburi, Chiang Rai and Chumphon, which already have unique attractions."

Special events can change an ordinary province to a rising star.

In 2018, Buri Ram reaped tourism dividends from hosting the first-ever MotoGP in Thailand. The northeastern province boasted a 490% surge in international tourist spending.

Surprisingly, the province that came second in terms of revenue growth from Thai travellers was Narathiwat, in the deep South, which posted a 12.2% increase, followed by Lampang, Surin and Satun in the top five.

The TAT has an ambition to push domestic travel within the 55 provinces this year to 19.4 million trips.

Mr Yuthasak said he hoped the strength of second-tier provinces would help make the domestic market a major source of tourism revenue, accounting for 35% of the industry.

"Transport is the key to success," he said. "Recently, some airlines had to cease operations to second-tier cities because of weak demand. Usually, low-cost carriers must make a quick decision to maintain or discontinue an unprofitable route."

For airlines to sustain their business, stronger local sectors apart from tourism are essential, such as the local commercial sector.

The TAT insists on continuing to extend support despite the lukewarm response to the tax perk for travellers and the slow pace of infrastructure development.

There's also the issue of unregistered accommodation. There are roughly 745,000 officially registered rooms in Thailand, but with illegal accommodation the number rises significantly.

Yet there's one pain point the TAT cannot dispel. Thais have a habit of travelling on weekends and heading for main destinations.

From October, under the 2020 budget, the TAT will introduce a fresh mechanism to tackle the issue. 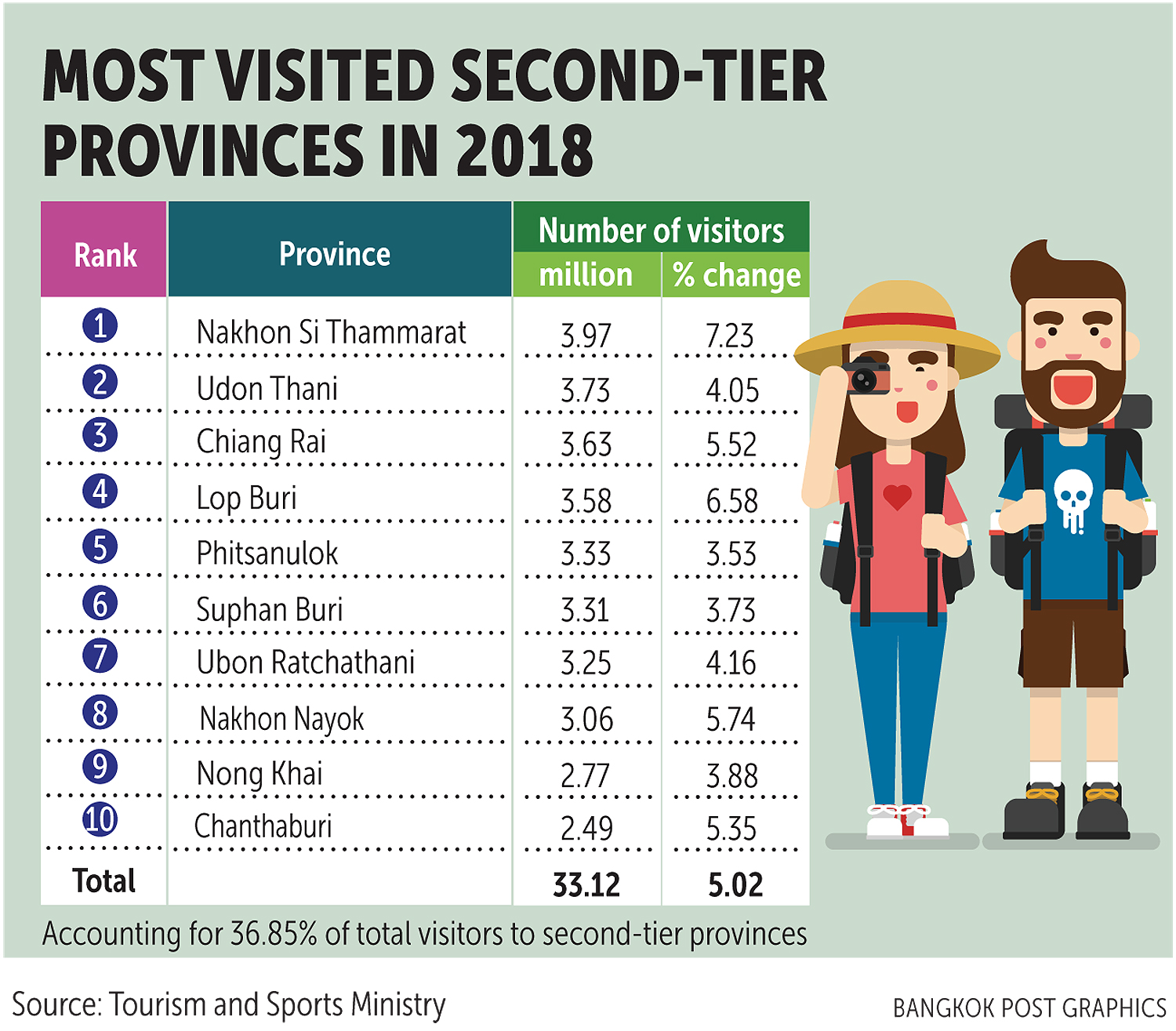 On the occasion of the TAT's 60th anniversary celebration, the organisation is pushing the "60 Happiness Routes Around Thailand" campaign.

Mr Yuthasak said all routes must be practical for Thai travellers, which means they're ready to embrace tourists with attractions, facilities and promotions.

The routes will be divided into three different seasons to serve year-round excursions. All of them will be classified by the preferences of diverse targets, such as the young generation, senior citizens, families, couples, and meeting and incentive groups.

Noppadon Pakprot, deputy governor for domestic marketing, said the TAT is already in talks with transport counterparts such as airlines, the State Railway of Thailand and petrol stations. They will work together to offer travellers a seamless experience at new destinations in the 55 provinces.

All domestic offices are seeking to spice up the market amid negative factors such as drought, pollution, a stagnant economy and safety issues.

"We learned a lesson from the PM2.5 dust crisis that harmed major tourist destinations at the beginning of this year," Mr Noppadon said. "These 60 new routes can be prepared ahead of time as an alternative if the unexpected happens.

"People will still have a choice for travel, no matter what happens."