Ban Khiew (or Ban Khunpitakboriharn) in Ayutthaya’s Phak Hai district, is one of four old buildings that the Treasury Department plans to commercially develop. This photo of the front of the house, which was seen in the popular TV drama "Ngern Pak Phi" (Ghost mouth's money), was taken on Wednesday. (Photo from Pasit Silprasert Facebook account)

The Treasury Department plans to commercially develop old state buildings, many famed for their architecture and cultural value, but lessees will have to preserve the structures.

Meetings will then be called with the respective agencies to discuss its plan to commercially develop those buildings, Thai media reported on Wednesday.

Bids would be called for the private sector to conservatively develop the properties as boutique hotels, restaurants or coffee shops, she said.

Initially, there were about 60 older buildings across the country that would be commercially developed.

Four of them would be put up for bidding this year  -- Wang Ban Dokmai (or Prince of Kamphaengphet Palace) and Wang Khang Khao in Bangkok, the Tha Sadet customs building in Nong Khai, and  Ban Khiew (or Ban Khunpitakboriharn) in Ayutthaya’s Phak Hai district.

Ms Amornrat said Ban Khiew, built during the reign of King Rama V, was now under the care of Phak Hai municipality. The department would discuss its joint development with the municipality, which would call tenders to find a lessee to develop the old house.

The planned development of old buildings would attract investors, she said. Old venues were increasingly popular with Thai and foreign tourists, many of them keen to experience mysteries from the past.

However, Phak Hai municipal council member Pramarn Suebmongkhol, who takes care of Ban Khiew, said he was against converting the old Thai-style building into a hotel or a restaurant.

It should be developed as a conservation tourism site, with local people's participation in developing the site and selling local products to visitors, he said.

One of the responsibilities of the Treasury Department is to manage state property. 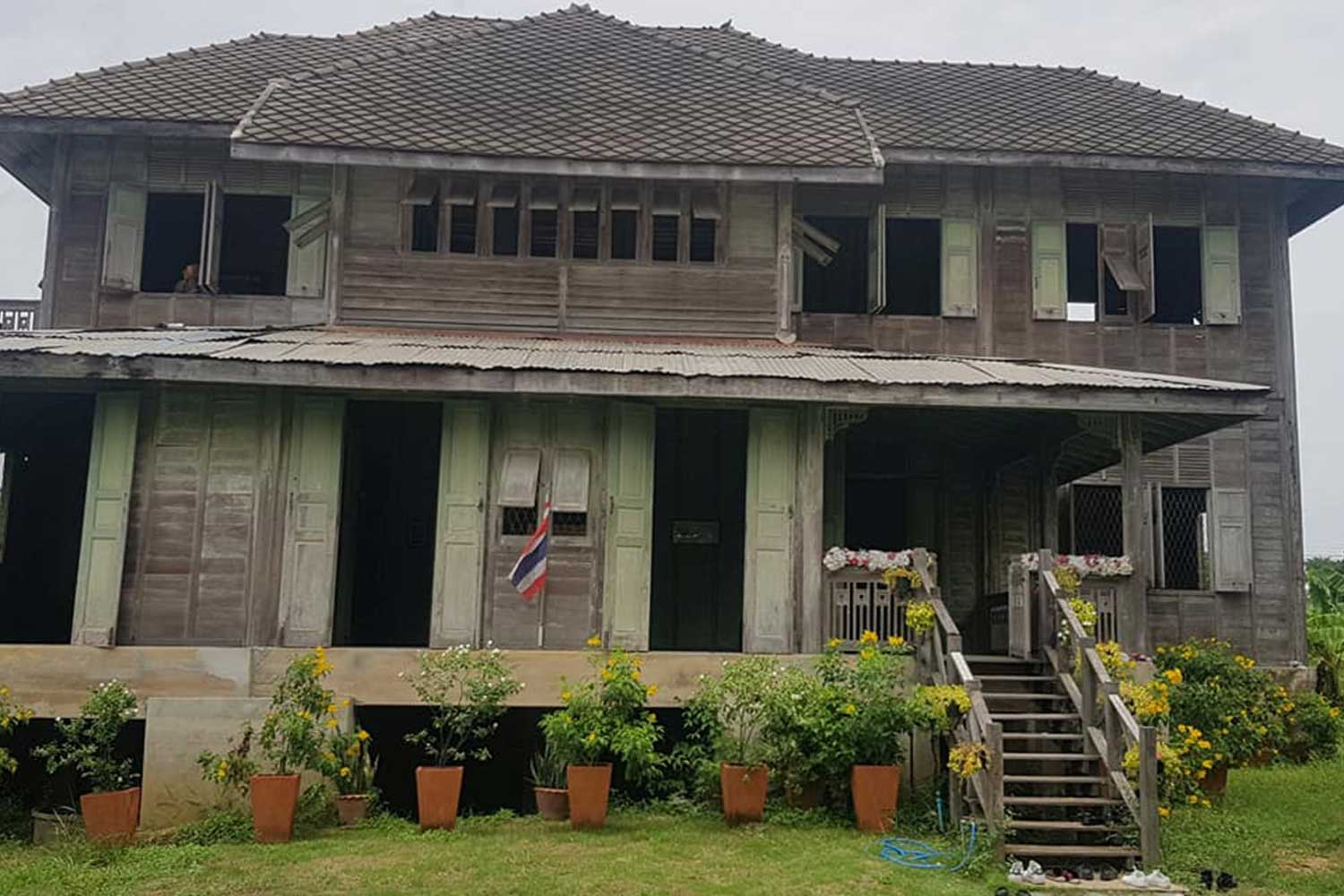 The back view of Ban Khiew in Ayutthaya's Phai Hai district. This photo of the house was taken on Wednesday. (Photo from Noo Nam Thanatchaphan Facebook account)