Mr Pipat (left) and Mr Thammasak discussing the circular economy at the forum on Monday.

According to Banjongjitt Angsusingh, director-general of International Trade Promotion Department, the Commerce Ministry through her department will start the campaigns with housing and decorative items and then move onto products made from agricultural raw materials.

Farm products can be used not only as food but also raw materials for industrial products such as cosmetics, she said.

As parts of the efforts, the department will add more products developed under the circular economy concept to be sold at the Style Bangkok 2019, the biannual lifestyle product trade fair to be held in October at Bitec, Bangna.

A circular economy is an economic system aimed at eliminating waste through the continual use of resources. Circular systems employ recycling, refurbishment and reuse manufacturing to create a closed system, minimising the use of resource inputs and the creation of waste.

Speaking at the "Circular Economy for a Changing World" forum held by the Commerce Ministry in commemoration of 99 years since the ministry's establishment, Pipat Apiruktanakorn, the owner of social enterprise Kidkid Co, said the circular economy is an important trend, with many private companies listed in the stock markets becoming more concerned with social responsibility and starting to improve their production methods to reduce costs and improve quality of life. 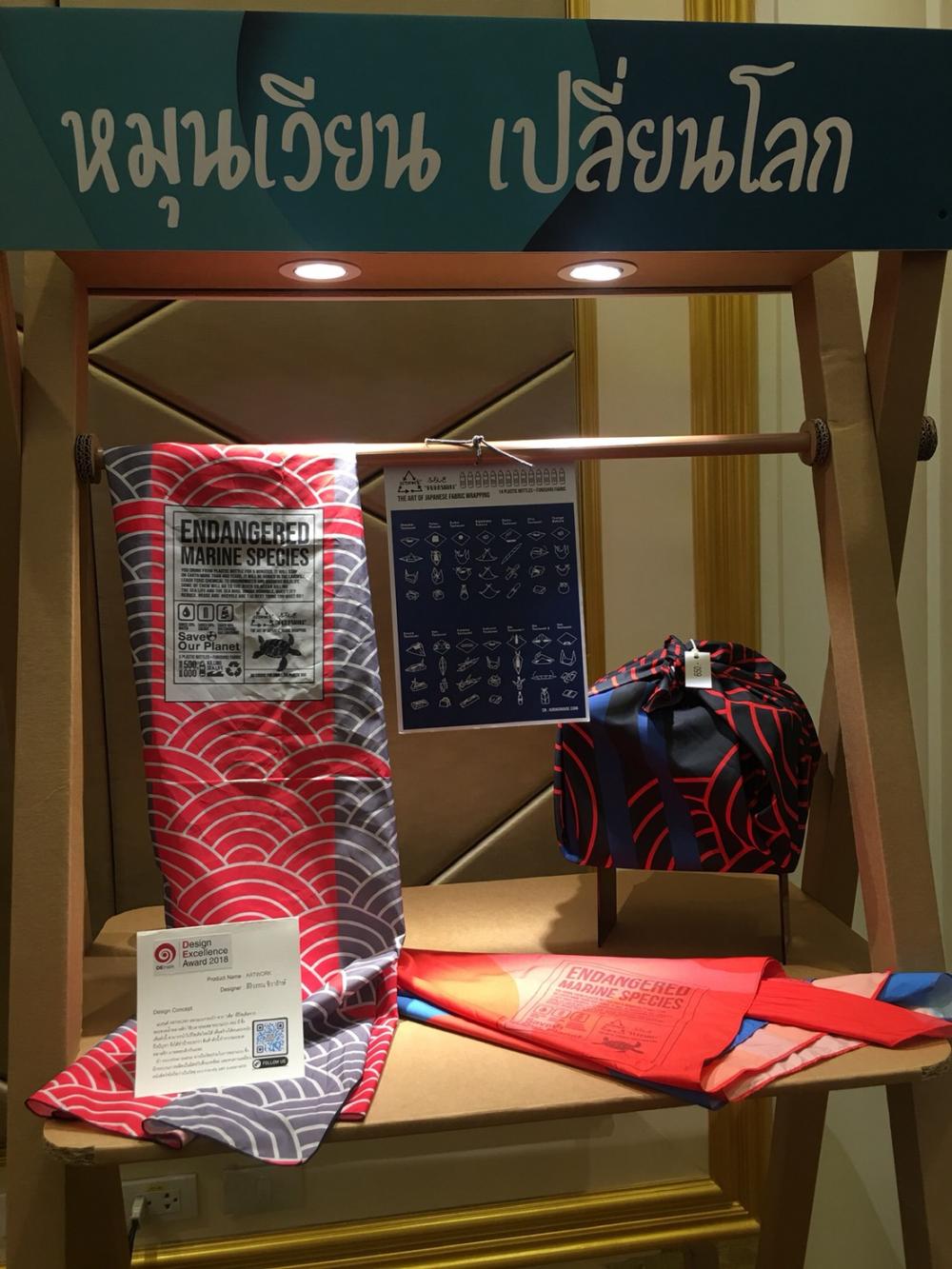 Products produced from recycled plastic bottles are on display, as part of the circular economy. *No Photo Credit*

"This is the time for cooperation between government agencies and the private sector to promote a circular economy as waste needs to be managed effectively," he said, adding the Commerce Ministry should raise awareness among consumers by marketing the circular economy.

Mr Pipat said his company created the ECOLIFE app through a partnership with 30 leading universities and many companies such as Siam Cement Group, Nestle, PTT, Samsonite, Siam Commercial Bank and Ikea to reduce the use of plastic.

He also urged the government to come up with incentives for companies, traders and merchants who agree to reduce waste.

Thammasak Jittimaporn, chief operating officer of Mitr Phol Group, said incidents such as the death of baby dugong Marium will be repeated indefinitely as Thailand does not have measures to reduce waste.

Mr Thammasak said the private sector is calling for incentives from the government, particularly for R&D and technology, to address environmental problems.

Government reports 5 new cases of novel coronavirus on Sunday, all in quarantine, for total of 3,190. Death toll still 58.