Retailers to stop handing out plastics

"This cooperation will help Thailand leave the list of major generators of waste and sea garbage," Varawut Silpa-archa, the environment minister told a press conference on Friday.

The Ministry of Natural Resources and Environment had invited scores of partners yesterday to join the ministry's campaign to reduce the use of single-use plastic bags. 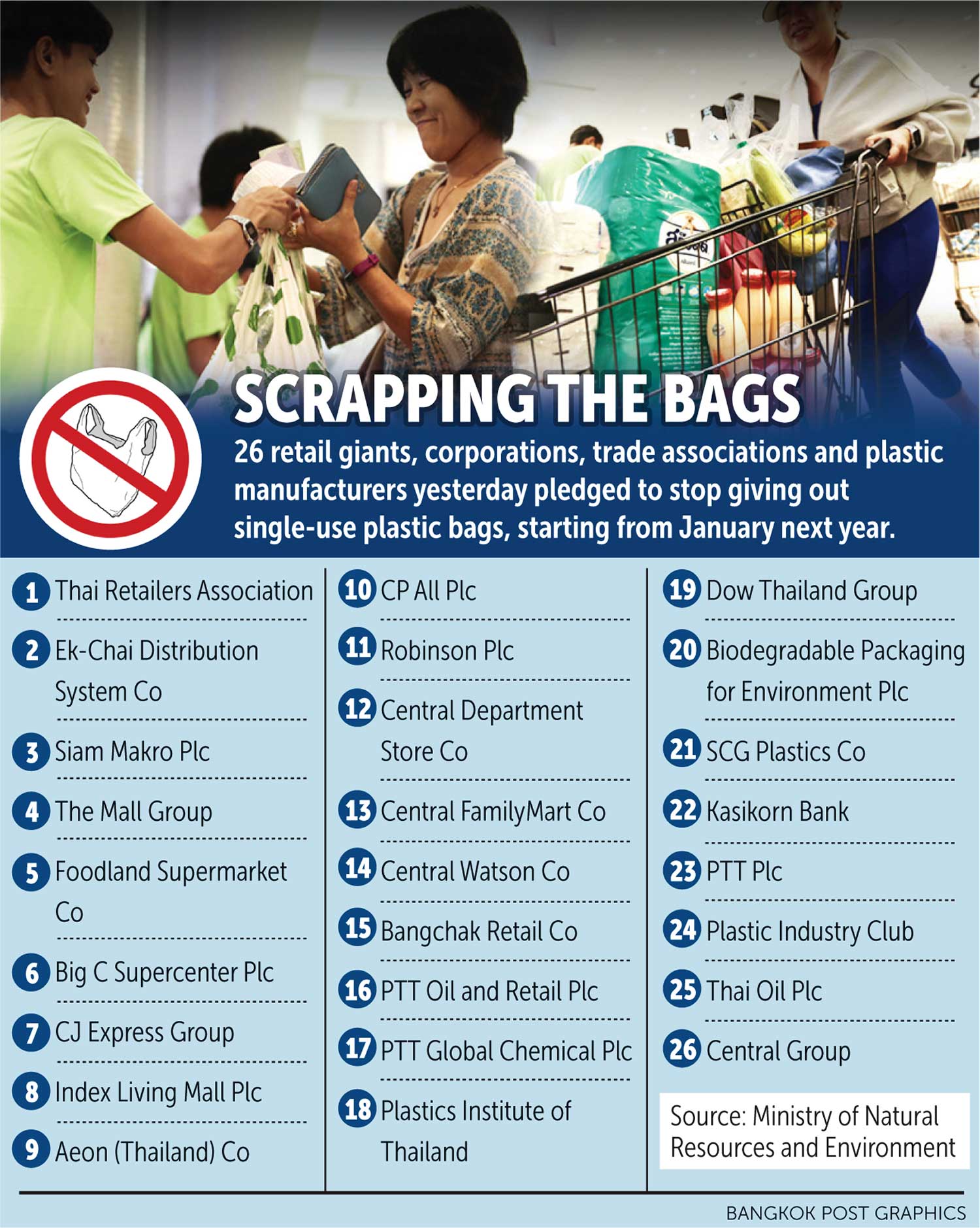 These partners have vowed to stop giving out single-use plastic bags to customers starting January.

"So, consumers must prepare to bring their own bags to carry things. This type of campaign should have been done long ago. We have spent so much time trying to negotiate. At last, we made it," he said.

A campaign like this shows that Thailand, which is ranked sixth in the world for generating sea waste, is attempting to reduce plastic waste.

It is estimated that Thais use 45 billion single-use plastic bags per year.

Of this number, 13.5 billion -- about 30% -- is generated from department stores and 24-hour convenience stores.

Meanwhile, another 30% of plastic waste comes from mom-and-pop shops and the rest from street vendors and traditional wet markets.

The environment minister said cooperation from these retail titans and department stores can help to reduce single-use plastic usage by 30%.

Meanwhile, by the start of 2022, a ban imposed on Styrofoam food packages and single-use plastic items, including lightweight plastic bags, straws and cups will also come in effect.

The ban is part of the government's roadmap on plastic waste management for the 2018-2030 period.

Apart from a ban on plastic food packages by 2022, the masterplan also sets a goal to have all plastic materials and waste in Thailand recycled by 2030.

In a related development, the environmental ministry said it is drafting a law that would govern the reduction, reuse and recycling of plastic materials and waste.

If adopted, this item of legislation will become the first law on waste reuse and recycling.

Part of the law will require garbage producers to bear responsibility in separating waste into different groups for recycling.