Mice held back by Phuket's regulations 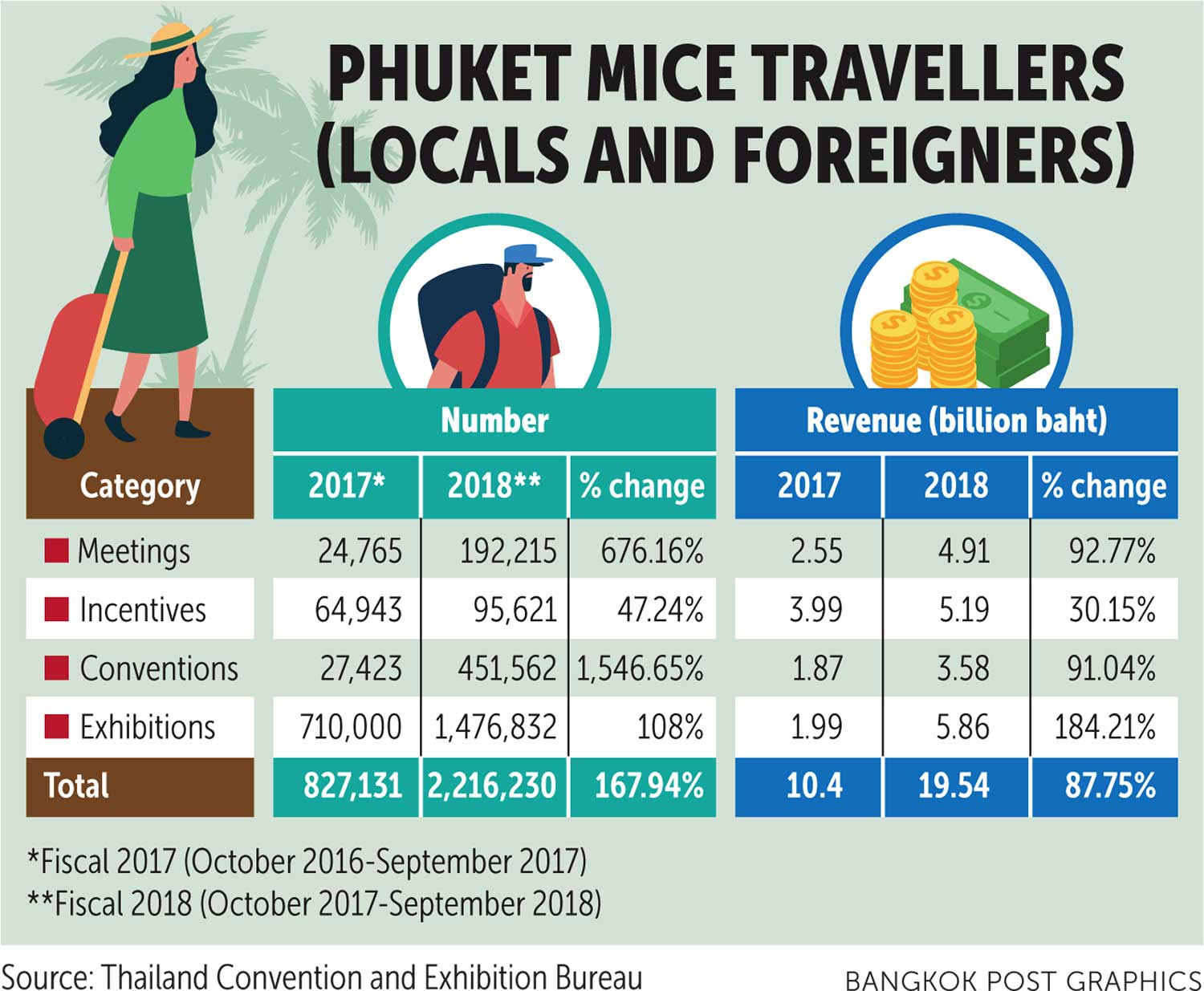 Tanyawat Chanpinit, the Phuket deputy governor, said the province has a blueprint to build an exhibition hall to host international events with a capacity of 5,000.

But town planning rules prohibit building a hall larger than 6,000 square metres and higher than 23 metres.

"The city needs to amend the existing town planning regulations to allow this construction," Mr Tanyawat said at a seminar on Thursday.

The likely destination for the hall is Talang district. Mr Tanyawat hopes it can be built in a few years and thus be able to bid for international events such as world expos.

Phuket was chosen by the government as one of five key Mice cities, along with Chiang Mai, Khon Kaen, Pattaya and Bangkok. The province has ample facilities for Mice travellers, with 600 hotels offering 40,000 guest rooms, 220 convention rooms and 615 meeting rooms. The island also has 14 piers and four private marinas.

Patong mayor Chalermluck Kabsup said the private sector, namely Central Group and Jungceylon, have shown interest in building a convention hall in the Patong area. The discussion with the companies took place over the course of a few years but was delayed by town planning rules.

Ms Chalermluck suggested the government speed up construction of the Patong tunnel project to ease traffic. Safe transport is needed to and from Patong, as the district has mountains on three sides.

The government should improve mass transport from the airport to Patong and other western coast districts in Phuket, namely Karon, to facilitate large groups such as Mice travellers that require more than buses and vans, Ms Chalermluck said.

Speaking at the same seminar, Chiruit Isarangkun Na Ayuthaya, president of the Thailand Convention and Exhibition Bureau (TCEB), said the agency will promote events in the province and focus on the social impact from Mice events in each area.

The plan is to build stronger communities and develop cooperation between the public and private sectors. The TCEB has area-based teams to advise and create awareness about the Mice industry among locals.