The Thailand Institute of Justice (TIJ) joined hands with the Department of Special Investigation (DSI), Association for the Prevention of Torture (API), and Norwegian Centre for Human Rights (NCHR) in organising “Professional Forum on Future of Investigation: Investigative Interviewing and Associated Safeguards for Thailand”.

The forum aimed at improving Thai investigative practices to meet international standards, as well as to promote the rule of law and enhance human rights protections in Thailand. 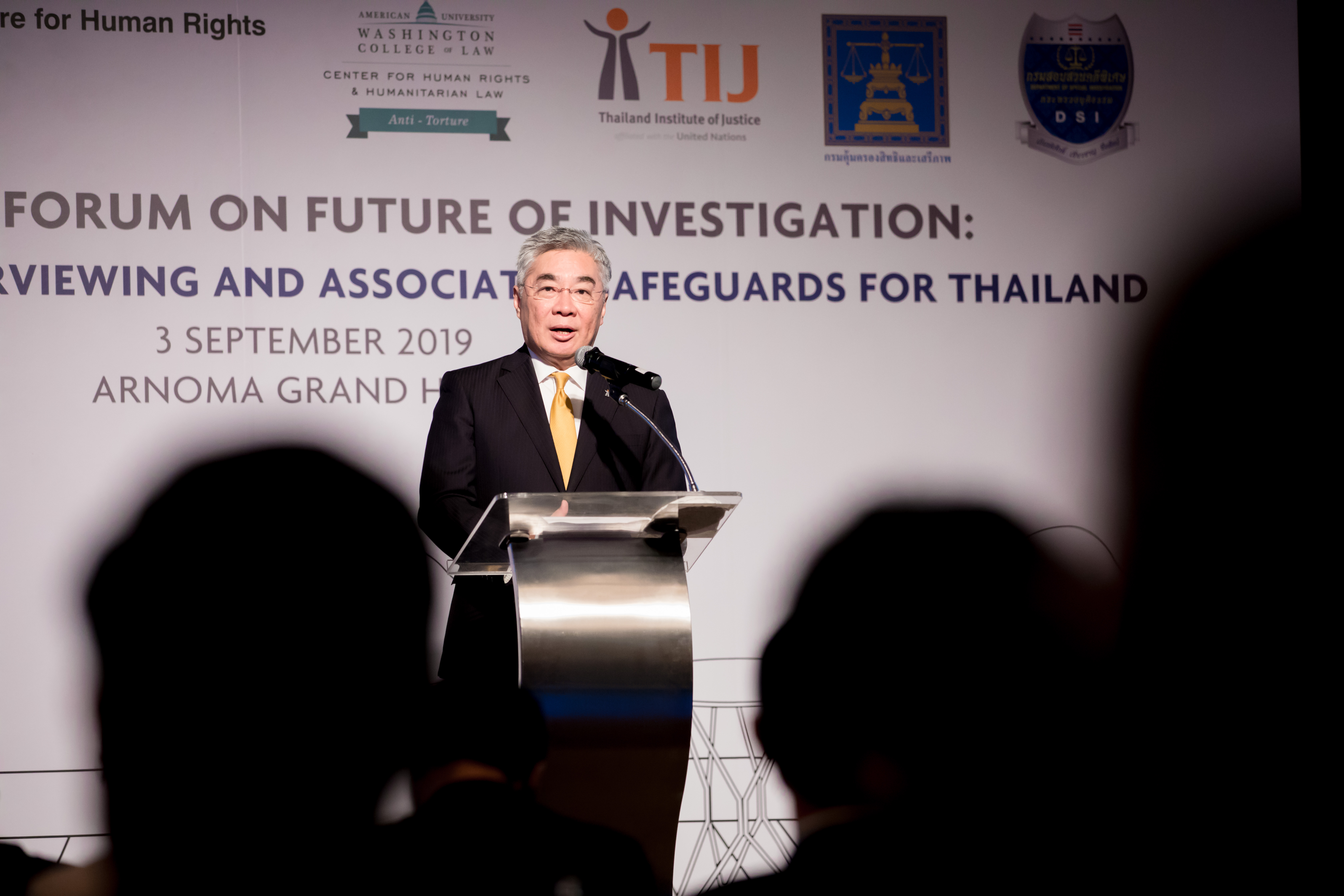 Investigations are the key to the success of criminal cases. Prof. Dr. Kittipong Kittayarak, Executive Director of the TIJ, said: “The Investigative Interviewing approach was first used in Norway. It has drawn a lot of interest from the international community, including numerous European countries and Indonesia which have already implemented the practices in their investigations while China and Vietnam are also interested in the tool. The TIJ, affiliated with the United Nations Crime Prevention and Criminal Justice Programme Network (UN-PNI), wants to help bring this global knowledge into real practice in Thailand.” 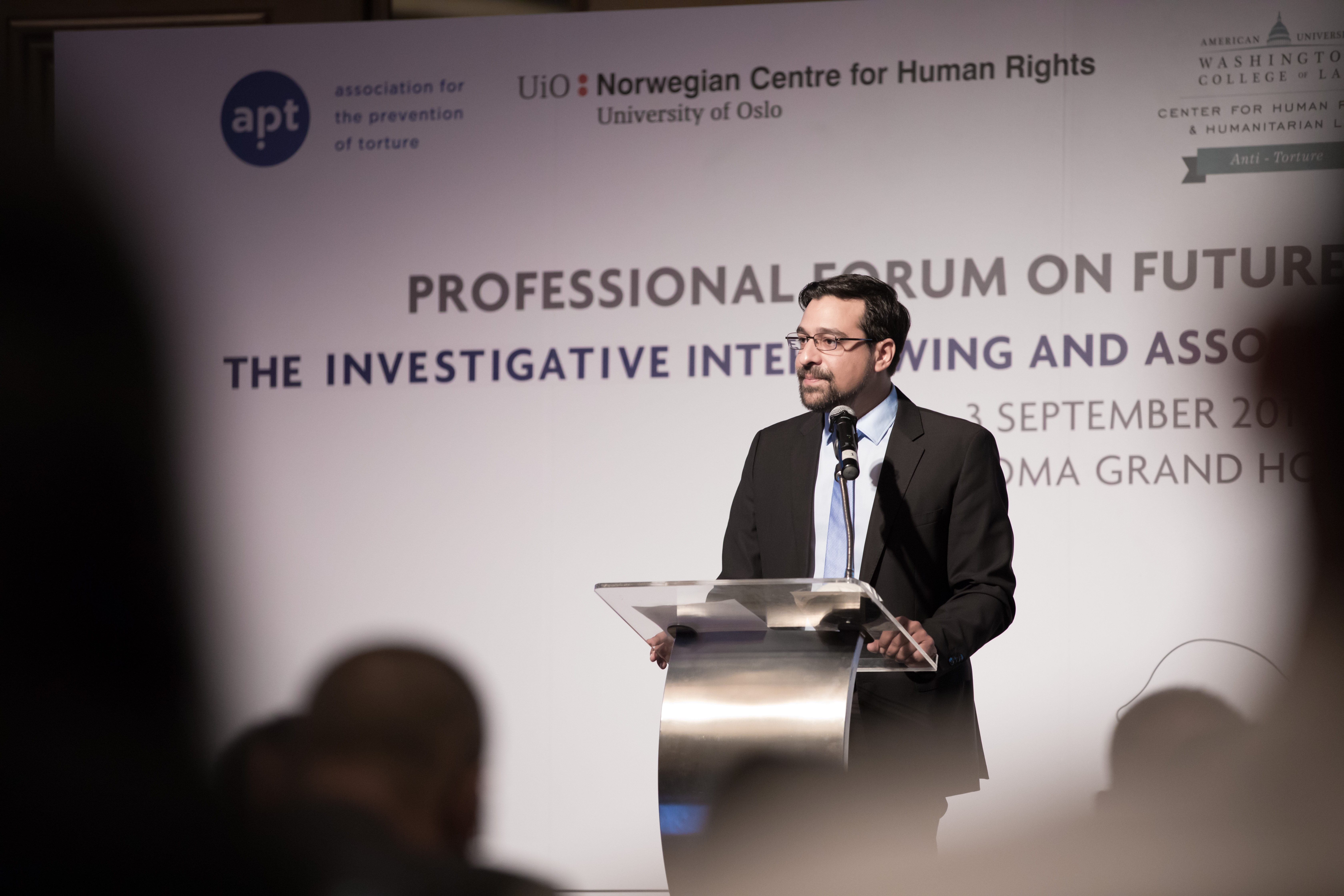 According to Julien Garsany, Deputy Regional Representative of the United Nations Office on Drugs and Crime (UNODC) for Southeast Asia and the Pacific: “Organised crime groups have become more violent in Southeast Asia over the past five years. Most countries are only focusing on the bottom of the pyramid of organised crime groups. UNODC advocates for changing the way we conduct investigations and adopting a human rights-based approach investigation. Shifting our approach is key to unveiling the structure of those groups and truly dismantling them.”

Every day, society repeatedly confronts with the reality that torture exists, particularly in the context of law enforcement interviews during the first hours of custody. It is despite its absolute prohibition under international law.

As one of law enforcement’s key competences is conducting interviews, the purpose of an interview is to gather effective and reliable information to discover the truth.The information derived from these interviews is an integral part of the criminal justice system, affecting the outcome, reliability, and fairness of criminal procedures.

Numerous studies have concluded that subjecting individuals to torture or ill-treatment to obtain information is unreliable, wastes valuable resources, and produces long-term negative impacts on society’s trust in government and law enforcement entities. Further, it has been scientifically proven that torture and ill-treatment harm the specific area of the brain responsible for the general cognitive function and retrieving memory. Science has also confirmed that victims, suspects, and witnesses if tortured, will say anything to satisfy their abusers and stop the pain.

Building and maintaining rapport with interviewees is essential for successful interviews as it can help reduce interviewees’ anxiety, stress, and anger, leading to obtaining more comprehensive and truthful information.

Comprehensive training should not only be mandatory for interviewers, but also supervisors and high-level officials to change their mindset and to make the institutional culture further-reaching and more embracing.

“Promoting efficient investigations without coercion in practice, or abuse of power in any form, avoiding the risks of torturing, and increasing efficiency of convicted criminals are the ultimate goals that anyone working in the field of human rights aims to achieve,” said Somn Promaros, Director-General of the Department of Rights and Liberties Protection.

A torture-free society is one where citizens trust their institutions, law enforcement officials, prosecutors, and individual systems.

As part of guidelines development, the forum featured a presentation of an investigative interviewing practices model successfully used by Norwegian law enforcement. The model consists of various stages, including Planning and Preparation, Introduction and Rapport, Free Account, Clarification and Disclosure, Closure, and Evaluation.

Time is needed in the Planning and Preparation stage, while the establishment of rapport is essential to communication for Introduction and Rapport, to make suspects, victims, and witnesses realise law enforcement officials take them, their cases, and their human rights seriously.

In the Free Account stage, the accused are allowed to explain their version of the event, with officials listening intently and followed by Clarification and Disclosure where questions are asked. Scientific research has revealed that some questions provide more reliable information than others.

During Closure, the interview is concluded professionally, after which investigators evaluate their performance. 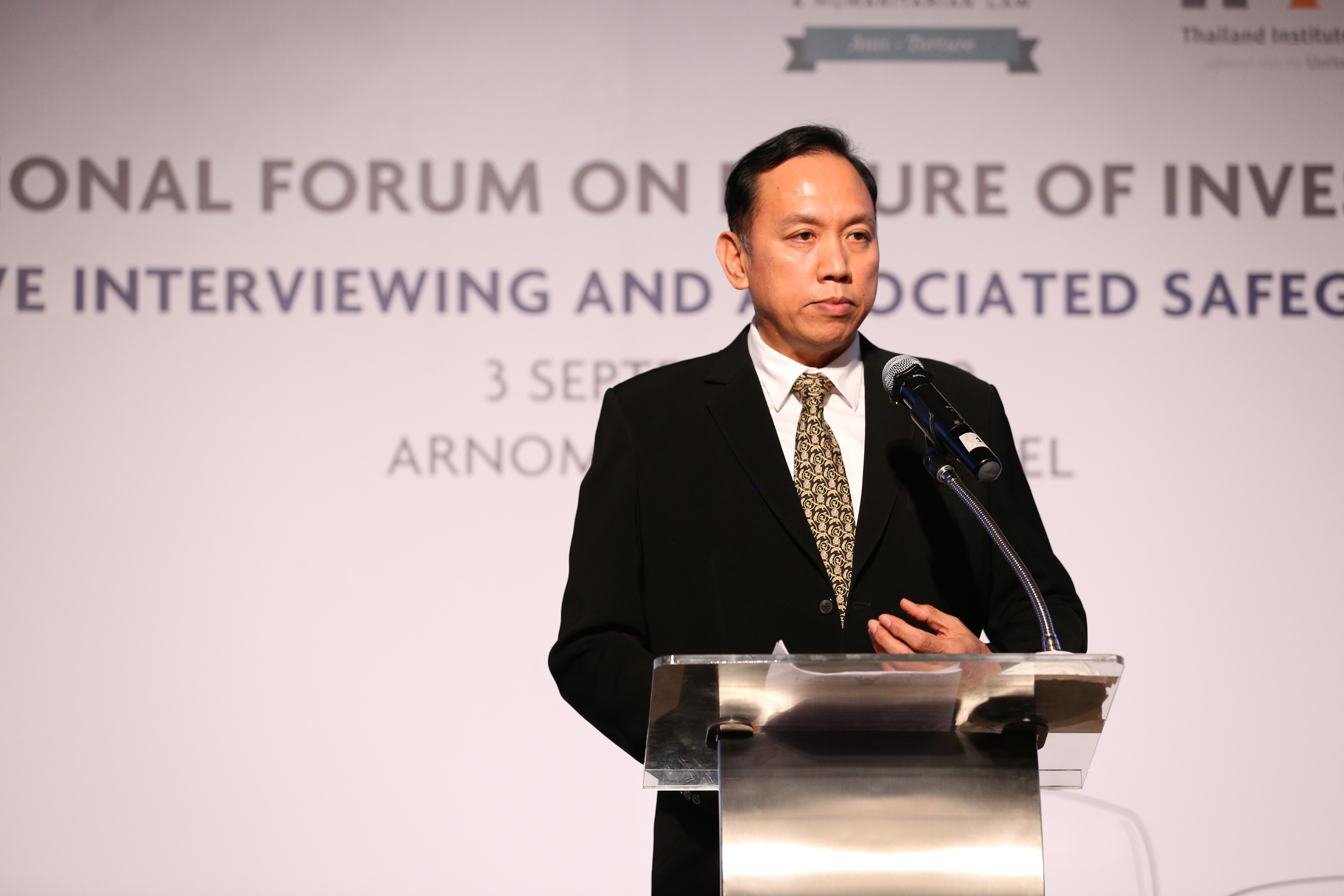 Pol. Lt. Col. Komvich Padhanarath, a Department of Special Investigation expert on special cases involving Foreign Affairs and Transnational Crime, revealed that “DSI is active and not hesitant to participate in any project to develop and prepare our Special Investigation team and agents to create a standard for investigations. In January 2020, we expect to implement serious practices where performance results are further used to develop our curriculum’s standard.”

If law enforcement officials expect the public to trust them, they have to treat all human beings with respect. The investigative interviewing tool will be beneficial if law enforcement officials and other authorities incorporate it into their guidelines, both in legal and criminal procedures. With aims to ensure human rights protections, transparency, and justice, the tool will lead to the establishment of a justice system that genuinely “reaches” the people.