Taking workers out of retirement
Business

Taking workers out of retirement

Mr Pracha is regularly lauded as one of the most outstanding employees at the Robinson he works at because of his passion for what he does, his intelligence and his ability to motivate customers.

In the last century or so, people in industrialised societies have stopped working at age 60 and begun life among the "elderly", spending time gardening, travelling and taking care of grandchildren at home. But times are changing.

Pracha Jankrajang, who is 81 and active, is an example. He works at Robinson Department Store's Bang Pu branch in Samut Prakan.

Mr Pracha was hired under Robinson's Sung Wai Fai Raeng (active senior people) employment project two years ago. He is in good health, without any chronic ailments commonly found in the elderly such as diabetes and high blood pressure, and has an air of self-reliance.

Age is barely a blip for Mr Pracha, as he is regularly lauded as one of the most outstanding employees at the store because of his passion for what he does, his intelligence and his ability to motivate customers.

With the shortage of young workers persisting for several years and the government's policy to promote the employment of older people, several business sectors, particularly retail, have welcomed retirees, hiring both full- and part-time employees.

The Department of Older Persons was created by the government in 2015 to deal with the employment of people over the retirement age and related issues.

A Labour Ministry report estimated that Thailand had 11.4 million people aged 60 and over in 2017, making up 16.8% of the population. Of the total, 4.06 million were employed, representing 35.8% of elderly people. Some 470,000 of them worked in the formal system and 3.59 million had come out of the informal system.

"Thai retirees generally have high knowledge and more value," he said. "We can't let them be jobless anymore."

According to Mr Worawoot, retailers started recruiting retirees to work at their stores two years ago and are expected to gradually increase retiree employment in the near future.

Many retail companies like Robinson, Thai Watsadu, Power Buy and Big C Supercenter offer job opportunities regardless of age, educational background or work experience in positions such as sales, cashier, customer relations, kitchen, restaurant, warehouse, woodwork and many others.

Krispy Kreme doughnuts and Tesco Lotus hypermarkets have jumped into the fray.

"The idea to hire retirees at all our branches began two years ago when I opened the newspaper and read that increasing numbers of elderly people were becoming depressed," said Ausanee Mahagitsiri, the chief executive of KDN, the operator of Krispy Kreme in Thailand. "We started having senior people work at Krispy Kreme's Silom Complex branch in March this year and are recruiting more to work at existing branches this year." 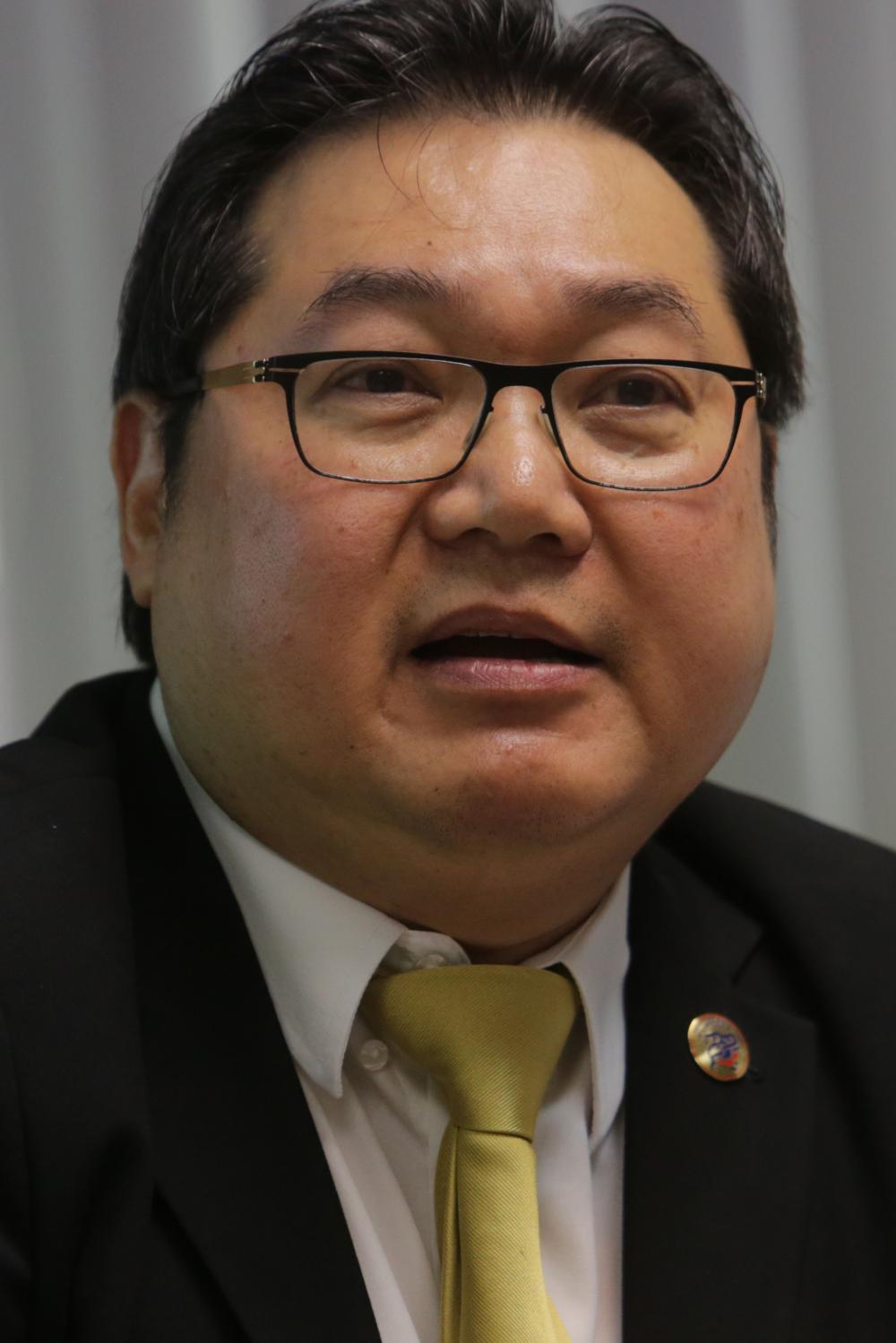 According to Ms Ausanee, creating work opportunities for elderly people not only helps them earn money for living costs, but also provides social contact.

Executives at Robinson and Krispy Kreme agree that the elderly have strong selling skills, clever sales techniques and a sense of responsibility.

"Despite my age, I don't have any health problems; I work 8 or 9 hours every day without tiring," Mr Pracha said. "And at the latest health checkup, I only had a cold. I am still healthy and don't have any of the chronic diseases commonly found at my age."

Before joining Robinson, Mr Pracha had gathered experience from a range of jobs: grocery shop worker, security guard, taxi driver and hospital staffer, among others.

At Robinson, he cleans up and supervises stocking of the shelves in the homeware department from 10am to 7pm every day except Wednesday. He has been awarded prizes for outstanding performance.

"I love working more than living alone at home," Mr Pracha said. "I plan to work here until 2026. I am glad to be here. Not because I have money to live on and repay my debt, but I am also proud of proving my value to the community."

Sorawis Polpasee, head of the human resources department at Robinson, said the company's actions are in line with Central Group's policy that requires retail stores to hire elderly people to work at all branches.

In 2018, Robinson opened five positions for senior citizens at some branches and now has a total of six elderly people working in the homeware, gift shop and stock departments. Most of the elderly staff are 60-80 years old. 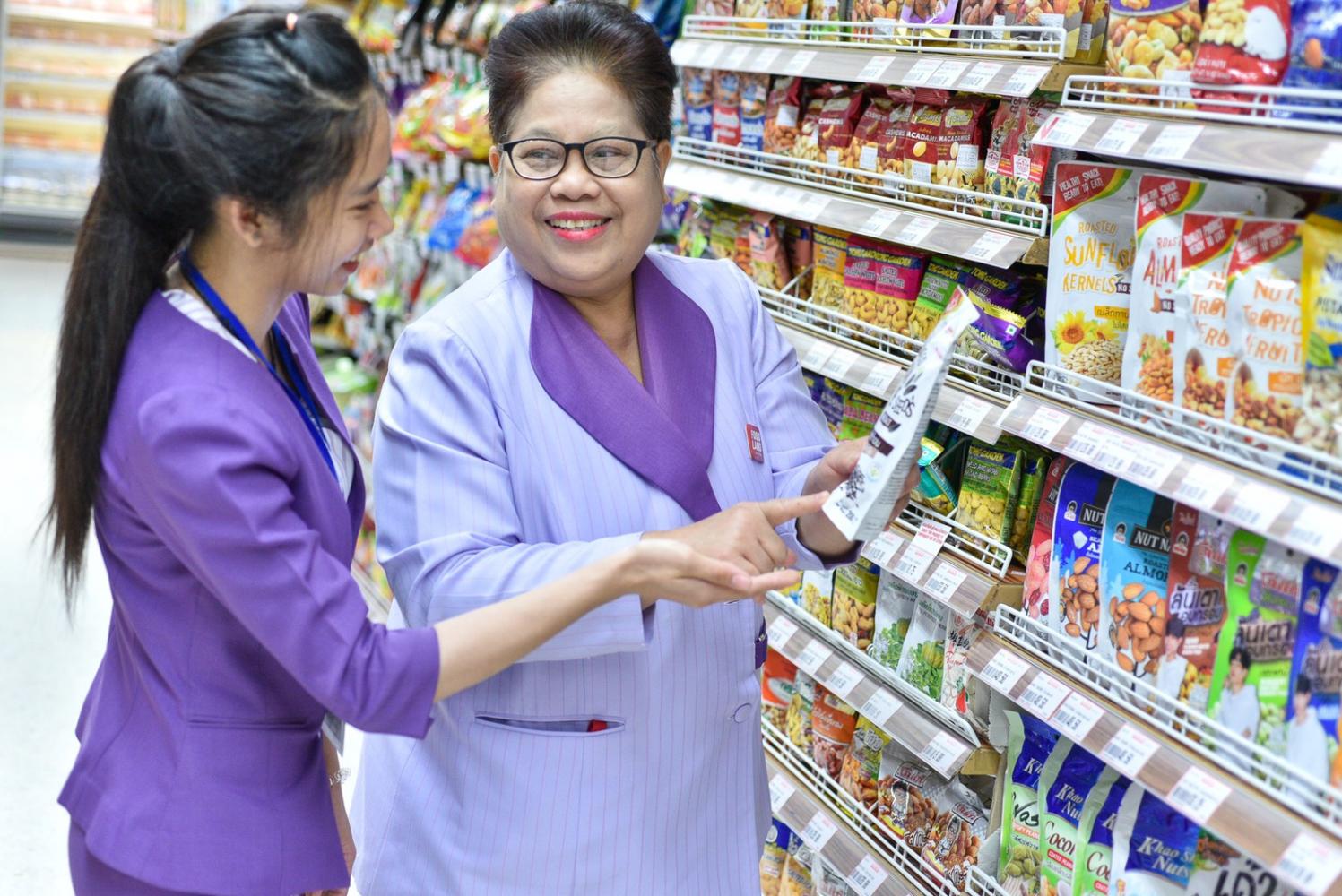 Virun Pongpruksathon is assistant store manager at the Foodland Supermarket on Sukhumvit Soi 5.

"We want to have elderly people working at all Robinson branches across the country this year or next year," Mr Sorawis said. "I hope the number of elderly staff working for Robinson will make up about 1% of the total 5,000 in the future."

Buncha Wongthongchareon, assistant vice-president for human resources at Foodland Supermarket, said the company began recruiting retired workers a decade ago. The company hired 36 elderly people in 2017 and 46 in 2018. About 15 elderly people will retire this year.

"Khun Somsak [Teraphatanakul, Foodland's founder] told me if any retiring people still want to work, we will open opportunity for them," Mr Buncha said. "They have the freedom to work only one hour or three days a week depending on their needs and their capabilities."

Elderly workers tend to have extensive skill sets and knowledge and can work in customer service or the Western-style kitchen. They are also allowed to take care of VIP customers.

"Their performance is excellent, while it takes time to train young staff to provide services at the same level as elderly employees," Mr Buncha said.

Mr Worawoot said the TRA has supported the idea for a long time and he expects retailers to recruit more retired people in the future once the government introduces a law that lets companies hire elderly people on an hourly basis.

"I think few elderly people know about the part-time work opportunities available to them," he said. "The government should launch a campaign to lure retired people back to the labour market."

Mr Worawoot, who is also chief executive of COL, an office supply firm, said his company also hires retired teachers on a part-time basis to work at some B2S stores at CentralWorld, Central Festival EastVille and CentralPlaza Ladphrao. The company aims to expand employment to as many B2S stores as possible.

About 50 elderly people work at Big C and the number is expected to double soon, she said. 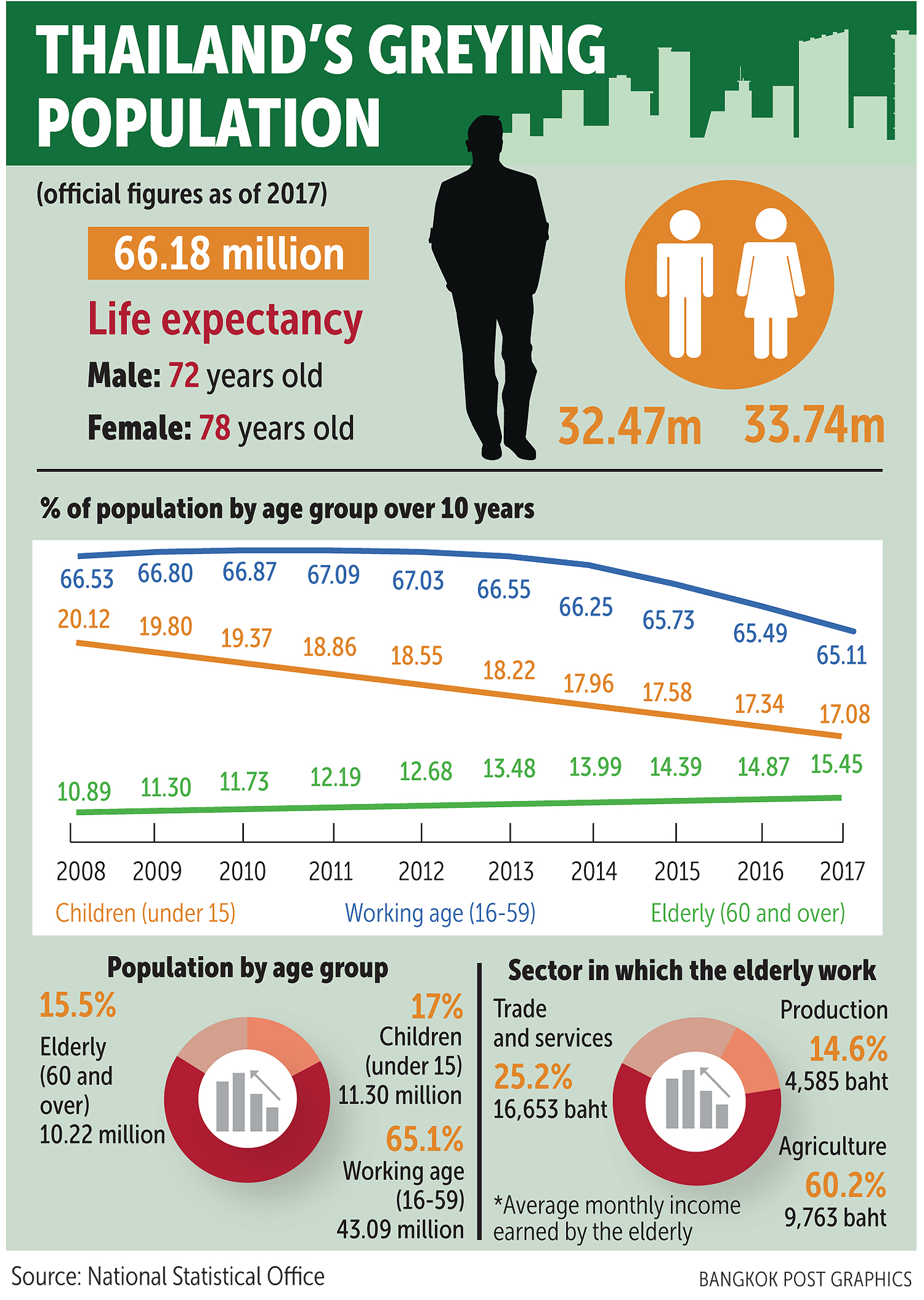