Europe, Japan and Russia often come to mind when people think of lengthy high-speed railways (HSR). However, since 2012, the title of the country with the longest high-speed rail goes to China for its Beijing-Guangzhou route.

The great leap forward of China's HSR occurred over just two decades. Beijing officially announced a national policy in 1997 -- although one had been in the works for many years prior -- to develop an HSR network. A decade later in 2007, the first intercity high-speed trains rolled out.

To date, six of the 10 longest HSR are located in China, according to a report by Railway Technology, a UK-based online trade magazine. The other four routes are located in Spain, Japan, Russia and the UK.

By next year Beijing expects to extend the length of its railway network from 29,000km to 30,000km. This means that 80% of China's big cities will be linked by high-speed trains. By 2025, Beijing has said it will make an all-out effort to increase the network's length to 75,000km.

China has become a major player in the railway industry and, as a result, many countries -- including Thailand -- are working with China to develop their own high-speed rail networks.

For Thailand, the project is divided into two phases. The first covers a 125-billion-baht HSR project spanning 252.5km from Bangkok to Nakhon Ratchasima. The second, which will cost 200 billion baht to build, will run 355km from Nakhon Ratchasima to Nong Khai, a northeastern border province adjacent to Laos.

'BELT AND ROAD' AND RAILWAYS

For China, railways form part of its Belt and Road Initiative, which was launched by President Xi Jinping six years ago, said Zhang Yannong, president of the All-China Journalists Association.

"This [Belt & Road Initiative] project will help China integrate with the rest of the world and link the Chinese dream with the global dream," Mr Zhang told members of the press from 50 nations who visited China's HSR facility in Beijing earlier this month. 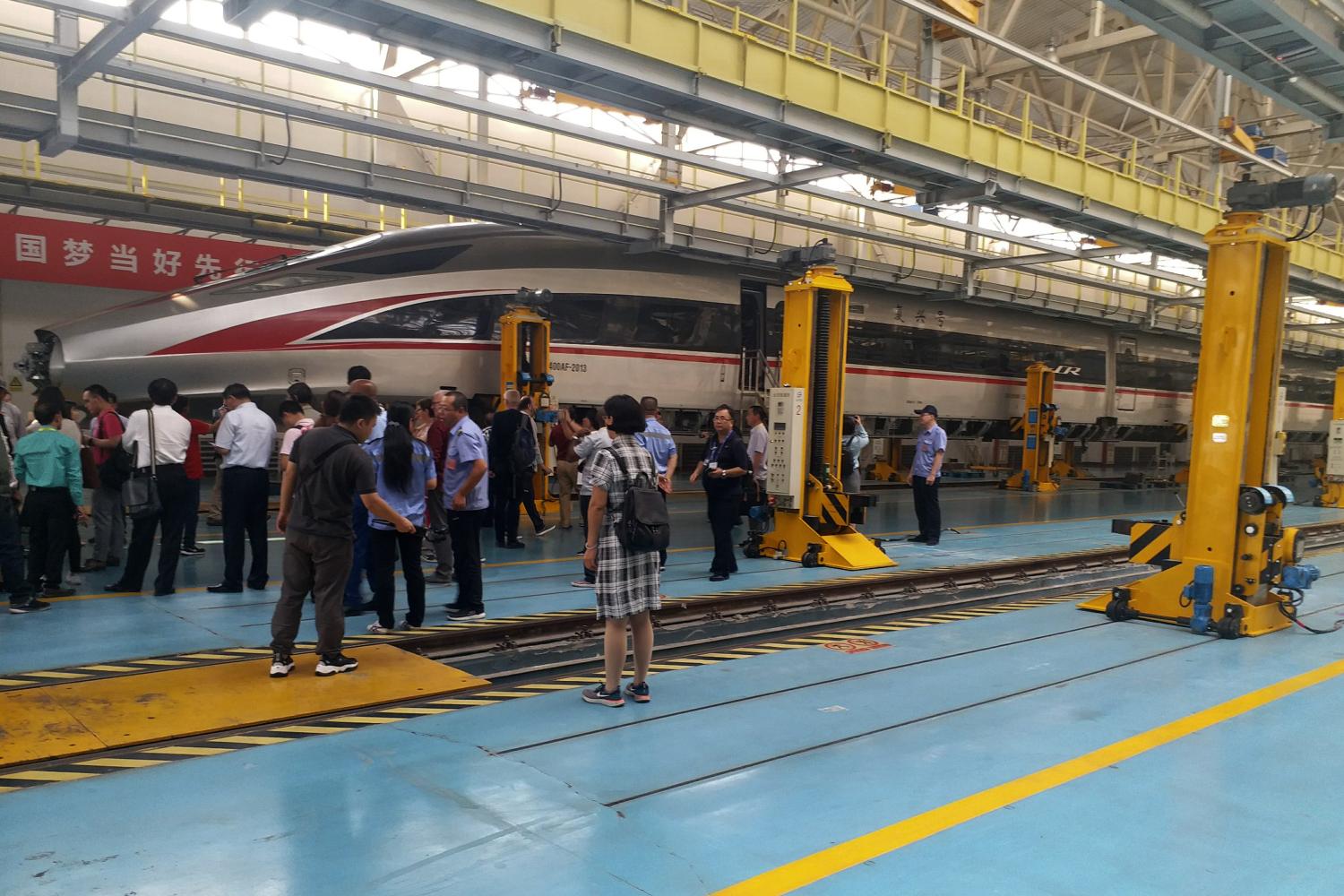 On display: Members of the foreign media visit China's HSR facility in Beijing early this month.

The Chinese government is proud of this high-speed rail facility. Visitors -- including the media -- were invited to the state-of-art train depot where they had a chance to ride a bullet train from Beijing to Tianjin, located just southeast of the capital.

The Belt and Road Initiative was developed to bolster economic and social ties with 65 countries in Asia, Africa and Europe, covering an estimated population of 4.4 billion people.

The initiative covers cooperation on infrastructure such as ports, highways, factories and trains like the HSR project.

Huo Baoshi, director of the Department of Science and Technology and IT Application of China's State Railway Group Co Ltd, told the Bangkok Post high-speed railway projects such as the one that Thailand and China are working on together will connect the region with the world. 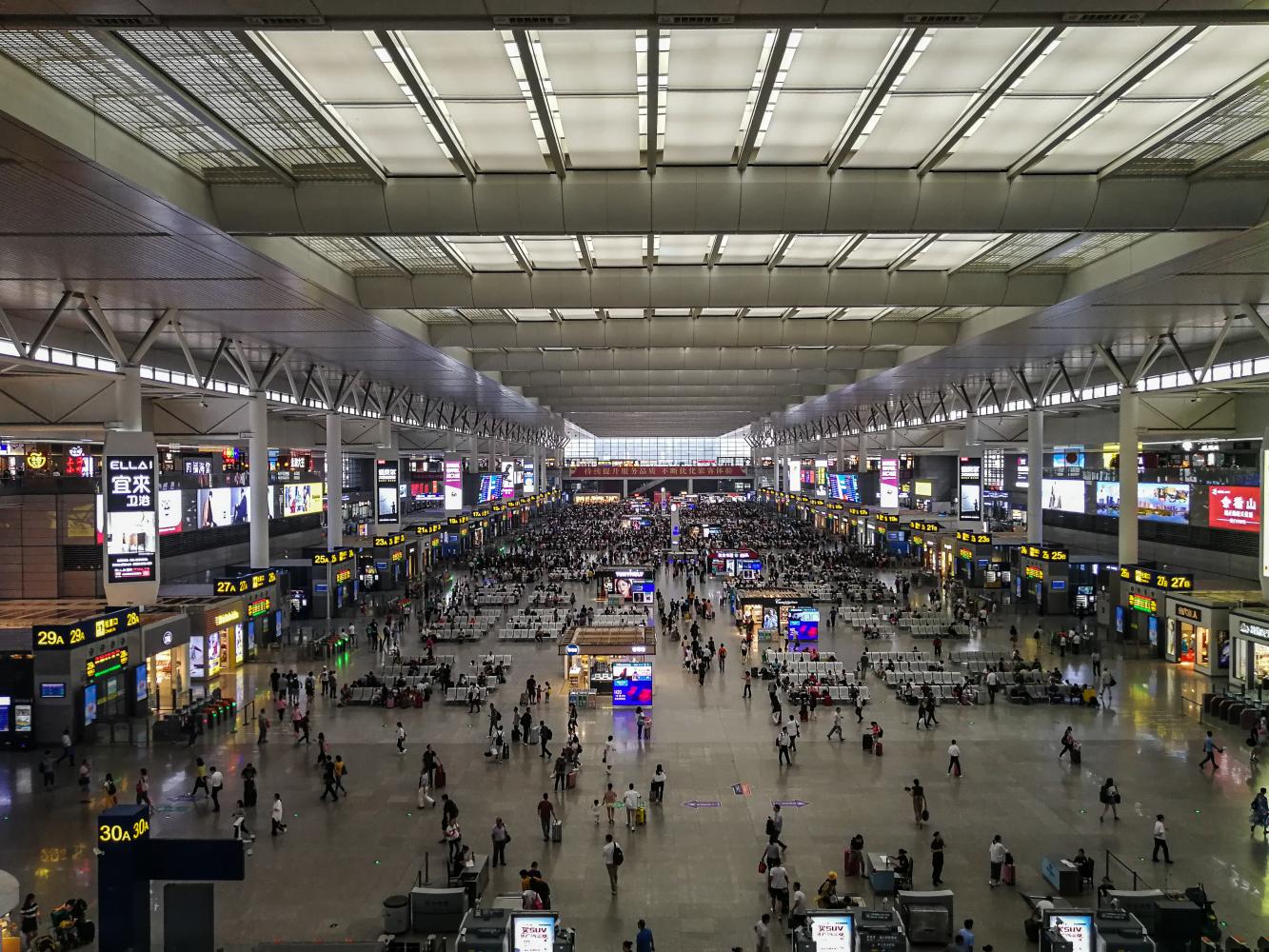 Central hub: A typical day at Shanghai Hongqiao railway station, the largest railway station in Asia. It services around 260,000 passengers per day on average.

"I think it is important. The project will help connect people in the two countries via Laos. It can help promote socio-economic development and prosperity in these two countries and also across the whole [Asian] region,'' he said.

"I know there have been a lot of negotiations between the two countries regarding this project but there are still some disputes which cannot be settled due to coordination amongst different partners,'' Mr Huo said.

One of the debates is about the lopsided advantages that China gains from investing in these projects.

Leaving doubts about investments aside, many countries have signed up to work with China on building high-speed railways.

Phoulavanh Theppavong, a representative from the Lao Journalists Association and a reporter from News Laos Agency, said the joint Lao-Sino high-speed train project in Laos' North to Vientiane -- whenever it is completed -- will help improve the quality of Lao people's lives. "Lao farmers will have an easier time bringing their farm products for sale in other cities," he said, adding the project will help promote tourism and trade in this region.

China has made a lot of investments in Laos. Among them is the China --Laos Railway, running from Kunming to Vientiane.

The 1,022-km route will open in 2022 with trains running at up to 200km/hour and taking about 10 hours to travel from Kunming to Vientiane.

"I do not worry about China's investment and do not believe people who say that China will take advantage of Laos. I think only about what Lao people will gain from the project,'' said Mr Phoulavanh.

Maguetta Ndong, a journalist from Senegal, said he wants to see high-speed trains in his country as at present there is only one train capable of travelling 50km per hour in Dakar, the capital of Senegal.

During President Xi's first West African visit in July 2018, he chose Senegal for his first stop in West Africa, and heralded the country as a"springboard", for bringing West Africa into the Belt and Road. 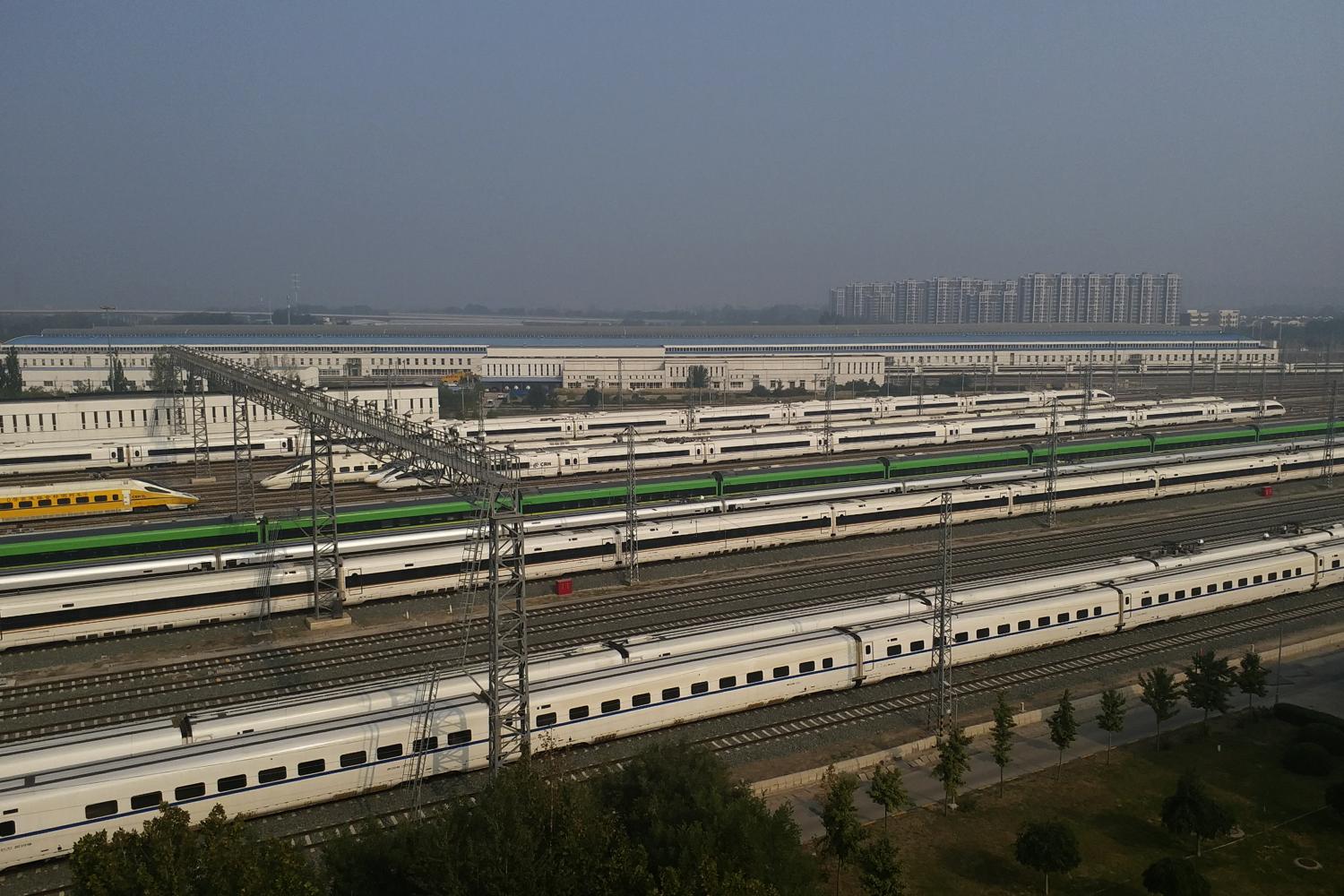 The Dakar-Bamako rail line repair work formed part of a larger set of deals signed between Mali and China, including a US$8 billion (243 billion baht) railway link between the landlocked nation and the Guinean port of Conakry.

Houssein Kena-did Ibrahim, a journalist from Djibouti, said he wants to see the African continent grow quickly with rapid industrialisation like China.

In 2015, China announced plans to build an overseas military base in Djibouti, a country located near Ethiopia.

Mr Ibrahim said Djibouti is cooperating with China for investment in high-speed trains.

He added that he did not believe China would take advantage of the local people, saying that criticism only comes from western spin doctors.

"In fact, it is a win-win situation. We want to develop our country and we have learnt good examples from China.''

Pakistan has attracted a lot of investment as part of the China-Pakistan Economic Corridor. Among several infrastructure projects is Chinese investment to upgrade the Karachi Circular Railway.

The project is likely to be completed next year.