Atato enables blockchain traceability for supply chains around the world. Some 5 million cans are traceable on blockchain.

Thailand's clear regulatory rules for blockchain technologies have proved attractive for startups and given the country an advantage in the region, says the blockchain service provider startup Atato.

Atato, founded in 2017 by French entrepreneurs in Bangkok, has been able to attract large enterprises to try use cases of blockchain. The company has 10 employees and is in its seed funding round, while currently being self-funded.

"Thailand is leading the pack in Southeast Asia in terms of blockchain and we are glad to be a part of it," said Guillaume Le Saint, Atato's chief executive. "Compared with Europe or other countries, Thailand is a relatively friendly environment for blockchain companies, as many countries don't have a digital token framework. Even Hong Kong and Singapore are behind in terms of the clear regulations from the SEC [Securities and Exchange Commission]."

Thailand's Royal Decree on Digital Asset Businesses in 2018 gave the SEC power to regulate cryptocurrency and other digital tokens. The decree gave Thai firms more confidence to invest in blockchain services, increasing the number of firms seeking to capitalise on the uptick in corporate interest in the technology.

Atato is working with the energy company Banpu to develop new ways to trade energy on the blockchain, and for an unspecified project for a True Corporation subsidiary. It is also looking into opportunities in healthcare and real estate, such as asset-backed tokens.

But its most high-profile project concerns seafood traceability, working with Thai Union and its Swiss client Gustav Gerig to store information on the blockchain for individual cans of tuna. For instance, endpoint customers can scan a QR code on tuna cans to find the location their tuna came from, where it was delivered and even the method of fishing used to catch the fish.

The application was developed in 2018, and is the first large-scale traceability app for seafood, said Mr Le Saint.

"Because of Thai Union's interest in good quality data, environmental regulations and social concerns, the company developed the application and told their clients they can publish traceability data," said Maxime Paul, chief of marketing at Atato. "Not many seafood producers are able to do this."

Mr Paul comes from a background in seafood trading, while Mr Le Saint is from a tech company. They started Atato, combining their expertise to create a product serving both industries. 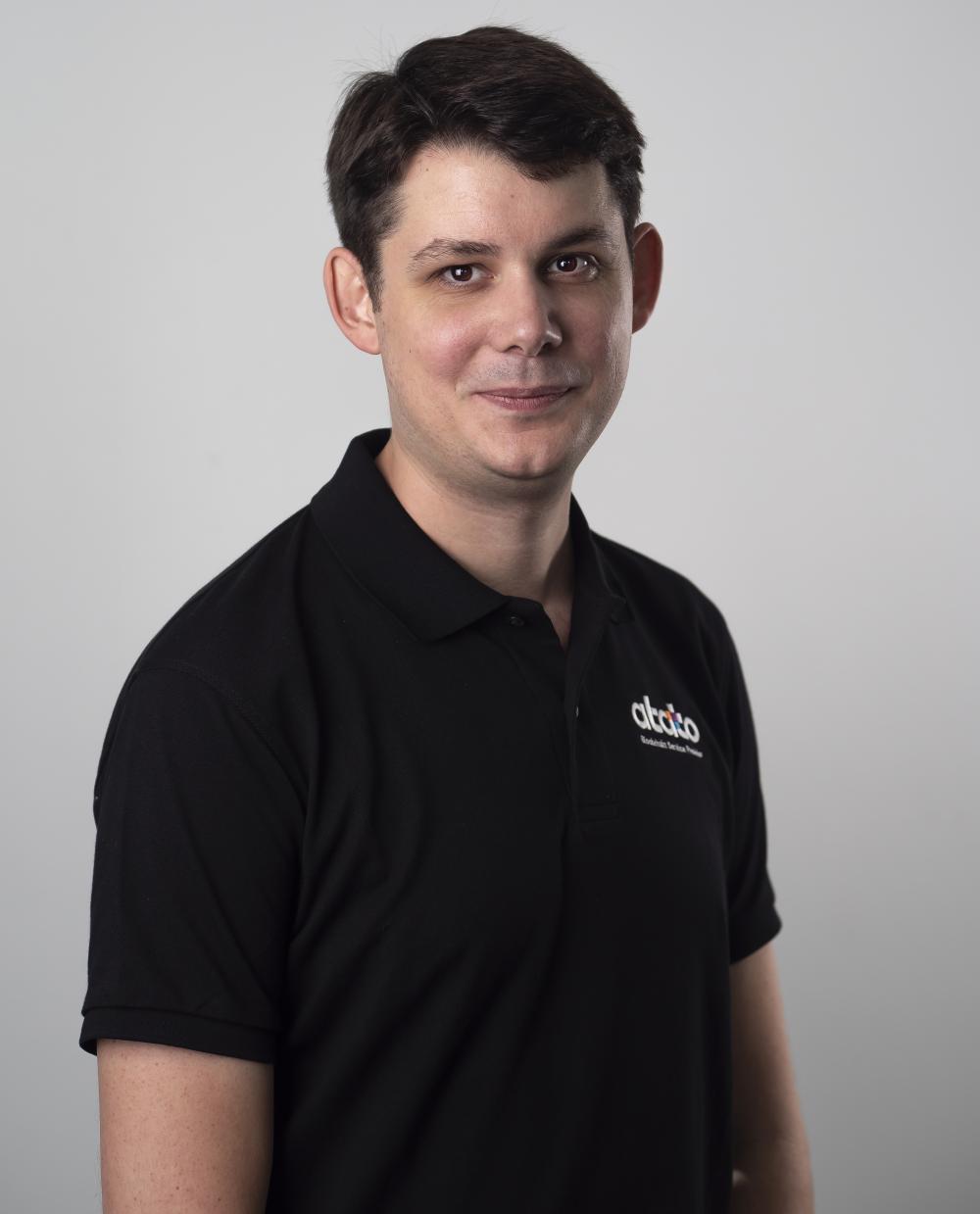 Its proprietary blockchain programs are built on the ethereum platform because according to Mr Le Saint, ethereum is popular with many developers, easy to build new products on and has high-quality security.

"We think it is a market that will grow at a very fast pace over the next few years," Mr Le Saint said. "By now many people have heard of blockchain and know how to use it in business, but for executives, it can still be hard to figure out what technology to use and where to implement it."

He said the goal of Atato is to develop use cases for blockchain. There are 3-4 other players in the market, but many are struggling to create compelling applications for the technology, said Mr Le Saint. While blockchain as a technology has been mainstream for years, it is still relatively lacking in widespread prominent use cases apart from cryptocurrency.

Thailand, with its progressive blockchain regulation and enthusiasm from domestic corporations, makes for a compelling testing bed for such business-related use cases.

"It is important for us to prove the technology to corporations," said Mr Le Saint. "There is a demand for consumers to know where their food came from and we can provide those blockchain services."