The prickly path to the top
Business

The prickly path to the top

The heir to a pineapple packing empire is the chairwoman of the nation’s shipping trade association, serving as a role model for Thai women

Head of the shippers’ trade group serves as role model for female executives.

Gender is not limiting women from holding leading positions in the private sector. Women in Thailand are among the pioneers in this field as the percentage of Thai women holding chief executive or managing director positions is double the global average and higher than any other nation in Southeast Asia, according to recent research by US-based consulting firm Grant Thornton.

Women in Thailand hold 33% of all chief executive or managing director jobs in the private sector, well above the rate in Asean (21%) and more than double the global average (15%).

Ghanyapad Tantipipatpong is among those Thai female role models and over the past few years she has periodically appeared in the media as the chairwoman of the Thai National Shippers’ Council (TNSC), a trade organisation.

TNSC works with the government on policy and strategy for logistics and the value chain in Thailand, as well as connectivity to the region and the world.

Ms Ghanyapad was elected as chairwoman in 2017, replacing Nopporn Thepsithar, whose term expired.

She is not a novice in the export industry, having long been groomed to take over her family’s pineapple canning empire. 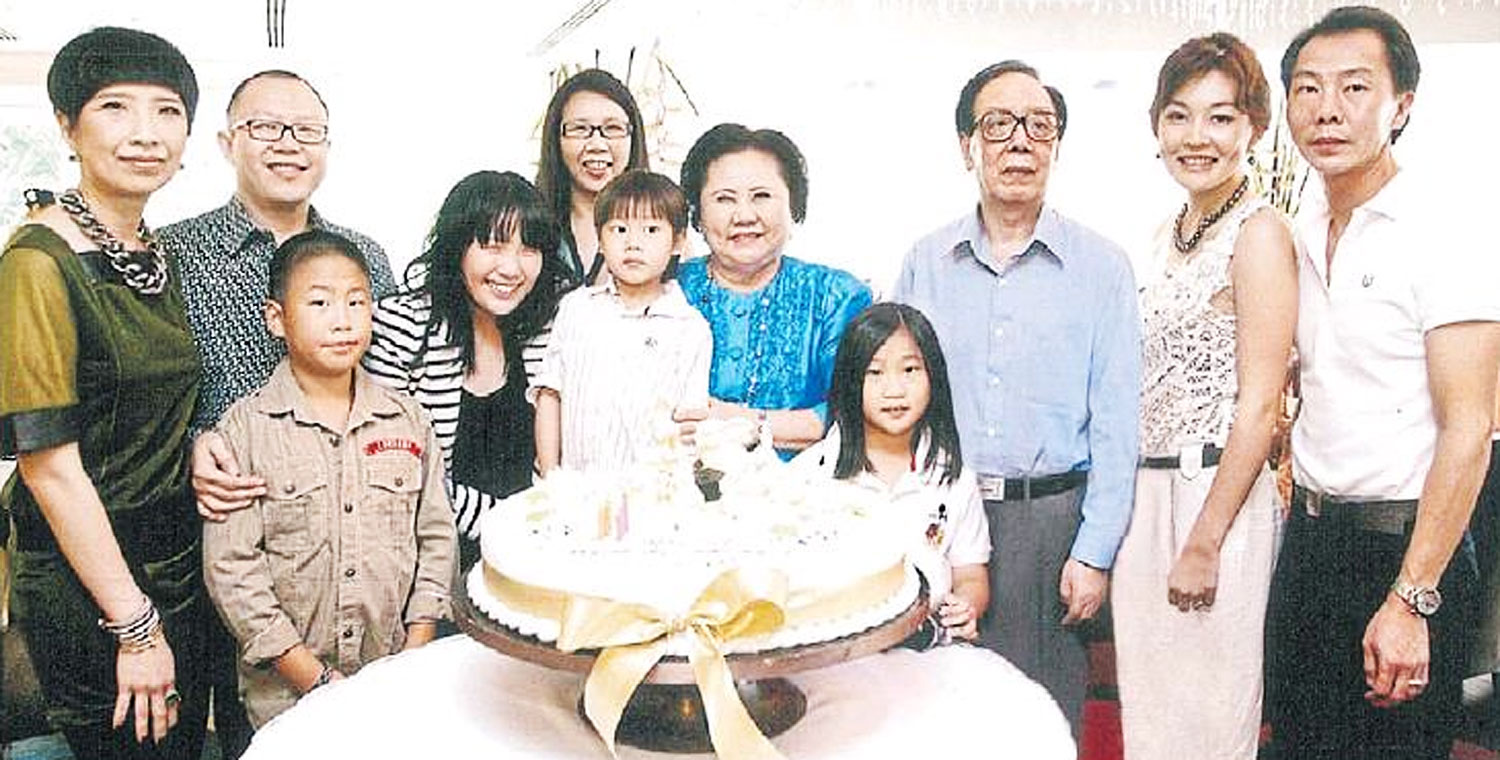 Ms Ghanyapad with her parents, Mr Pipat, 82, third from right, and Khunying Supatra, 80, fifth from right, along with their extended family.

As the eldest daughter of the family, the graduate in business administration from California State University, Los Angeles, has worked in her family’s pineapple canning business, Thai Pineapple Canning Industry Corp Ltd (TPC) since age 21.

TPC was founded her father, Pipat Tantipipatpong, in 1962 as the first pineapple processing factory in Pran Buri, Prachuap Khiri Khan province. With his foresight to expand the export market, Mr Pipat later accepted Mitsubishi Corporation as a joint venture partner in 1972 for shipment. Through the vast network of Mitsubishi, TPC expanded to every corner of the world, from the US to Europe.

The business survived four severe floods in 1968, 1969, 1996 and 2003. After each disaster, TPC returned with a stronger determination to build the business and exports.

Over the years, it has attracted other investors to the pineapple industry, including the Siam Agro-Industry Pineapple and Others Plc (SAICO), which started production in 1978 in Rayong.

In December 2005, TPC acquired 90% of SAICO’s equity. In order to rationalise production and management of both companies, at the beginning of 2010, the business was restructured so TPC became an investment company in SAICO and the operation of TPC was transferred under SAICO.

The new organisation is now known as the Siam Agro-Food Industry Plc, which covers any other food products SAICO may venture into in the future.

In addition to pineapple processing, Worldfoods was established by a strong and dedicated R&D team at SAICO incorporated with Asian Asset Group. SAICO selects premium natural ingredients to ensure the highest quality standards.

“The fresh ingredients and traditional herbs and spices that are used in our sauces reflect our authenticity in the final product,” says Ms Ghanyapad.

The combined production volume of the two factories places SAICO at the forefront of pineapple output and global exports.

She was promoted to board chair of SAICO in 2009. “I saw how hard my parents worked and dealt with obstacles, such as the natural disasters, particularly floods, as well as the 1997 financial crisis, which led the group to have a severe debt haircut,” says Ms Ghanyapad, who helped expand her family business through the acquisition of Siam Agro-Food Industry Plc in 2005.

“I learned how to fight to overcome problems and not surrender, otherwise we would have nothing left. Now we have almost 20 factories and employ 2,000 workers. We also have life and non-life insurance business joint ventures with Assicurazioni Generali, a Fortune 500 company, under Generali Life Assurance and Generali Insurance.”

She was sent to study in Singapore at 14, then went to college in Los Angeles.

“At school in Singapore, I had to learn two completely new languages — English and Mandarin — and at the same time, I learned to do everything by myself, like cooking and doing household chores,” says Ms Ghanyapad.

“Living in these two countries, I grew up in a competitive environment where I tried to excel in my academic work. That made me an achiever and I want to do many things to prove I can do them.”

She admits business has become harder the past 2-3 years, with smaller margins, especially for agricultural products. Risk factors include the strong baht, a raw material and labour shortage, higher production costs, the uncertainty of the global economy and a spate of buyers’ regulations concerning the environment, sustainable development, and codes of conduct for good governance, social responsibility and human rights.

Diversification of the manufacturing base and product lines is necessary to manage the risk, says Ms Ghanyapad.

“Our target is to help the group become one of the leaders in the country’s food production, with sales of more than 10 billion baht [up from 3 billion now] as well as overseas operation,” she says.

“We aim to see our business become established over generations and professionally run with good corporate governance.”