TAK: Thailand is counting on a new bridge connecting with Myanmar to increase border trade between the two countries.

Transport Minister Saksayam Chidchob said after opening the second Thai-Myanmar Friendship Bridge that the new link between Mae Sot district and Myanmar's Myawaddy will increase border trade to 100 billion baht per year from the current level of 78 billion baht.

Mr Saksayam and Myanmar Construction Minister Han Zaw chaired the ceremony at the border between their countries. The new bridge has been built to ease traffic jams at the old bridge.

The two bridges and their approach roads in both countries form part of the East-West Economic Corridor project to link Southeast Asia with other parts of Asia, including India. 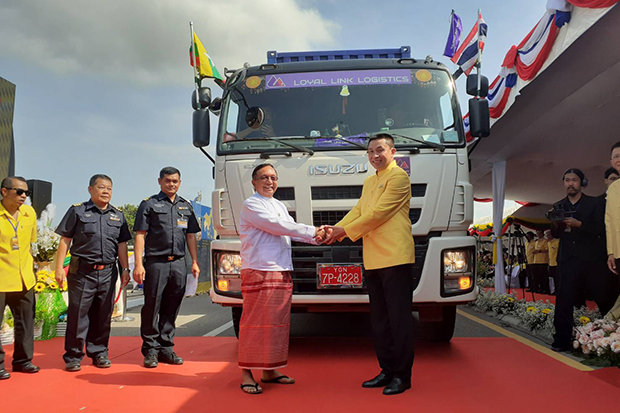