'Amazing Asean' is next chapter in tourism success story
Business

'Amazing Asean' is next chapter in tourism success story

Journalists from around Asia attend the departure of the Asean-Korea Train last month in Seoul. (Photo by Pornprom Satrabhaya)

Tourism in Southeast Asia remains healthy despite the global economic slowdown, but this regional success story will only continue if Asean countries ramp up cooperation, experts say.

But rather than collaborating on items such as joint Asean tour packages for top regional destinations, countries prefer to promote their own domestic attractions.

Tourism in the region has been boosted by the growing spending power of China's middle class. Yet, China's rising geopolitical influence is also a key challenge for Asean, outweighing the effects of the global economic slump.

Cambodia, Laos and Myanmar bear evidence of the significant impact Chinese development has had on the local landscape.

"The governments of Asean have to be unified and present a united front to negotiate with major powers like China for the benefit of each country and the region in the long run," said Asst Prof Morragotwong.

Most tourists are sticking to their travel plans over the high season or school break despite the economic downturn and strong currency, because they want new experiences travelling, said Kritchanat Kulratchahirun, chief executive of the NB Holiday Tour company.

Mr Kritchanat said Vietnam is the most popular destination with Thai outbound tourists this year, especially in newly developed destinations such as Danang city, and Nha Trang which is known for beautiful beaches. 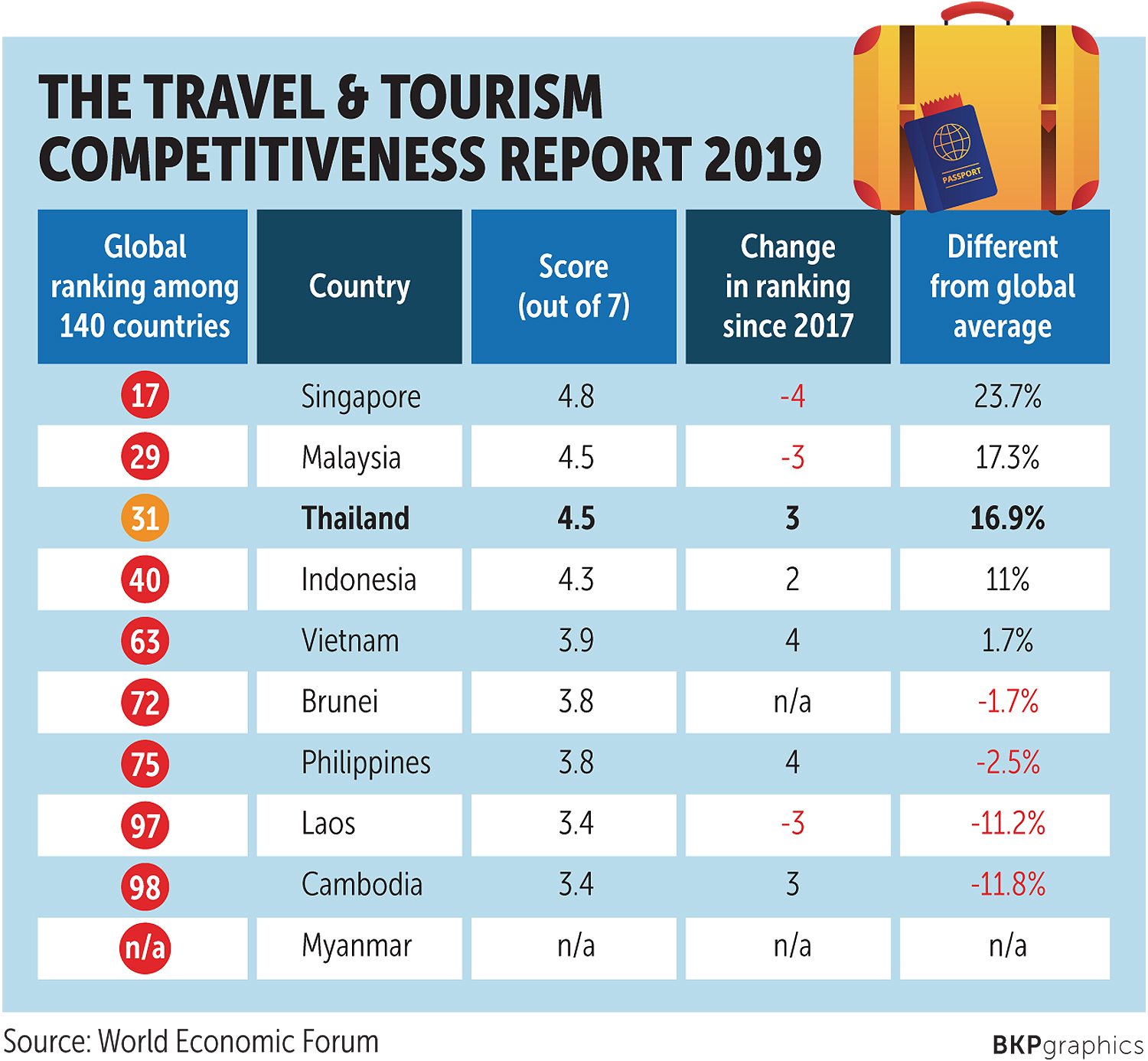 Laos is another country popular among Thai tourists, with Luang Prabang, Vang Vieng and Vientiane the most visited destinations.

As long as people remained keen on travel, whether to short-haul or long-haul destinations, there will opportunities for the industry to grow, said the tour company boss.

But amid high competition for customers, tour operators must adapt quickly to digital disruption if they want to stay in business, he added.

Thailand currently ranks as the top weekend destination for visitors in the region thanks to cheap airfares and plentiful attractions.

"Extensions to both the MRT and BTS skytrain help tourists who want to shop at destinations along the rail routes, such as the new MRT Wat Mangkon station in Chinatown. Once it is completed in 2023, Thailand will have the biggest train system in Southeast Asia," he said.

Meanwhile, visitors from Myanmar are the highest spenders in the region, racking up average receipts of 59,000 baht per trip. Many come for medical treatment.

The number of Asean visitors who travel to Thailand is expected to rise by 5% from 10.5 million in 2018, with current tourism revenue of 320 billion baht forecast to increase 7%.

According to the Tourism and Sports Ministry, Thailand welcomed 7.75 million visitors from nine Asean countries between January and September this year, up 5.33% on the previous year. They spent 234.2 billion baht , an increase of 5.5% year-on-year.