Thai policymakers have been saying they would open the LNG market since 2015, but only approved trading for the state-run Electricity Generating Authority of Thailand (Egat). This forced B.Grimm and Gulf to look to Vietnam for LNG operations.

PTT Plc is the sole importer and distributor for the local market and Egat is starting to import LNG for its own power plants.

On Saturday, B.Grimm signed an agreement with Petrovietnam Power Corporation to study and implement development of integrated LNG projects.

Under this collaboration the two companies will embark on a 3,000-megawatt power plant, using LNG as fuel. Both parties plan for an LNG import and distribution project in Vietnam. 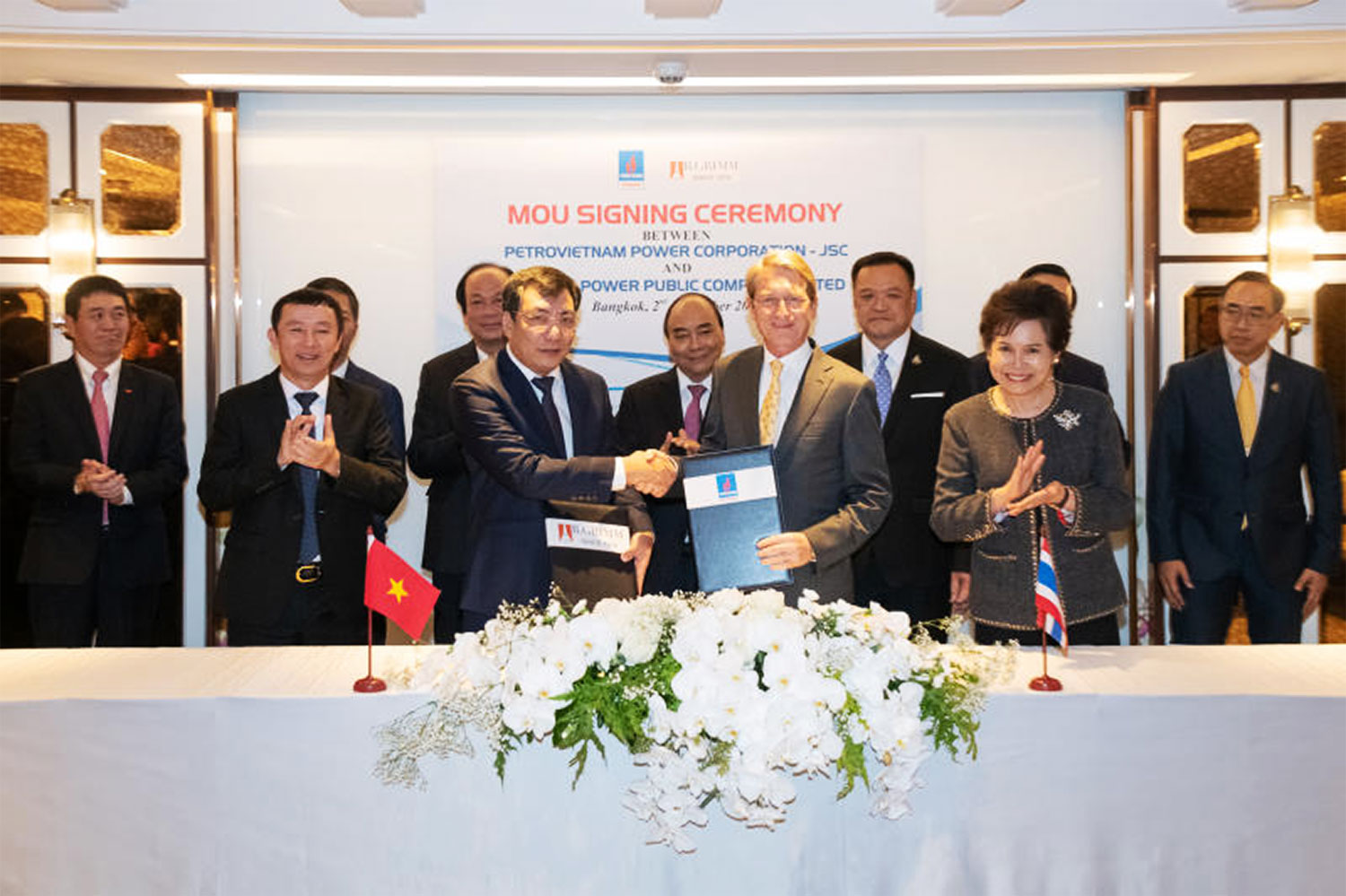 Preeyanart Soontornwata, B.Grimm's president, said Petrovietnam has operated a 1,500MW gas-fired power plant in Ca Mau since 2014, but the operation was suspended because of insufficient gas supply.

"If the study found that LNG is viable, this power plant will double power generation by another 1,500MW in the second phase," she said.

"The project will depend on the feasibility study, scheduled to be completed next May."

B.Grimm's board of directors is scheduled to approve the deal in early 2020.

Moreover, the company is looking for other business partners related to LNG for further development such as a floating storage regasification unit in Norway.

"The LNG market has more potential in the future as new supply enters worldwide, so we are not worried about an interruption in supply," she said. 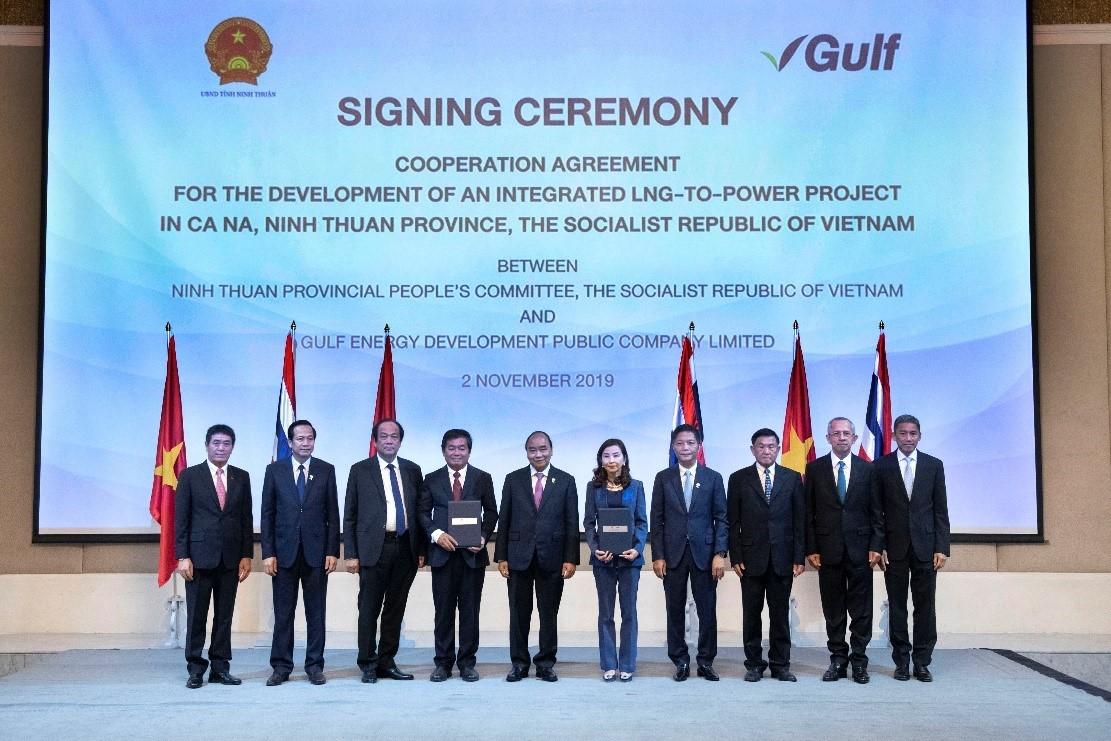 The ceremony for the agreement between Gulf Energy and Ninh Thuan Provincial People's Committee on Saturday.

At home, B.Grimm is considering two options: extending gas purchase contracts with PTT or waiting for a free market for LNG shipments.

For its part, Gulf signed a cooperation agreement with the Vietnam government for a gas-fired power project and LNG terminal in Ninh Thuan province.

Earlier, Gulf submitted a proposal to the Vietnam government for the development of a gas-fired power project with generation capacity of 6,000MW along with an LNG terminal with a capacity of 6 million tonnes per year.

"The Vietnam government issued a letter to support Gulf's investment there by jointly working with state agencies at provincial and national levels," said Ms Yupapin.

"Both parties agreed to extend their cooperation to exchange studies, expertise and know-how in gas-fired power plants, an LNG terminal and financing capacities for the development of the Integrated LNG-to-power project."

The project was accelerated to meet electricity demand under Vietnam's power development plan.