Port caught in a storm
Business

Port caught in a storm

Residents, union up in arms over plan to site Iconsiam rival in Klong Toey

Under threat: Rim Khlong Wat Saphan community is one of 26 communities in the Klong Toey area set to be relocated to pave the way for the Port Authority of Thailand's 492-billion baht complex.

Life is far from plain sailing for the Port Authority of Thailand (PAT) as it tries to turn its land along the Chao Phraya River into one of the city's most ambitious mixed-use projects.

Last November Iconsiam opened its door to Bangkokians and tourists, introducing them to a riverside luxury shopping mall and high-end residences, all within the same area.

The PAT wants to not only follow this model but improve on it, bringing together a department store, a duty-free shop, a hotel, a condominium and a convention centre, not to mention its basic function -- logistics services.

It has named the 492-billion baht complex, to be sited adjacent to Klong Toey Port in a 2,300 rai compound, "Siam Gate".

The scheme, if successful, will add another "gate" to the capital after the State Railway of Thailand announced its own "Chao Phraya Gateway" project, which also features similar mixed-use development on a 277-rai plot on the riverside area near Chuea Phloeng Road in Klong Toey district.

Currently, the major hurdle to Siam Gate is not whether it can compete with Iconsiam or the Chao Phraya Gateway but how to deal with fierce opposition from the PAT union, communities living on PAT-owned land and business people working at the port.

Union members are worried the project will only serve investors and the PAT, rather than port workers and those residents currently living in the zone. 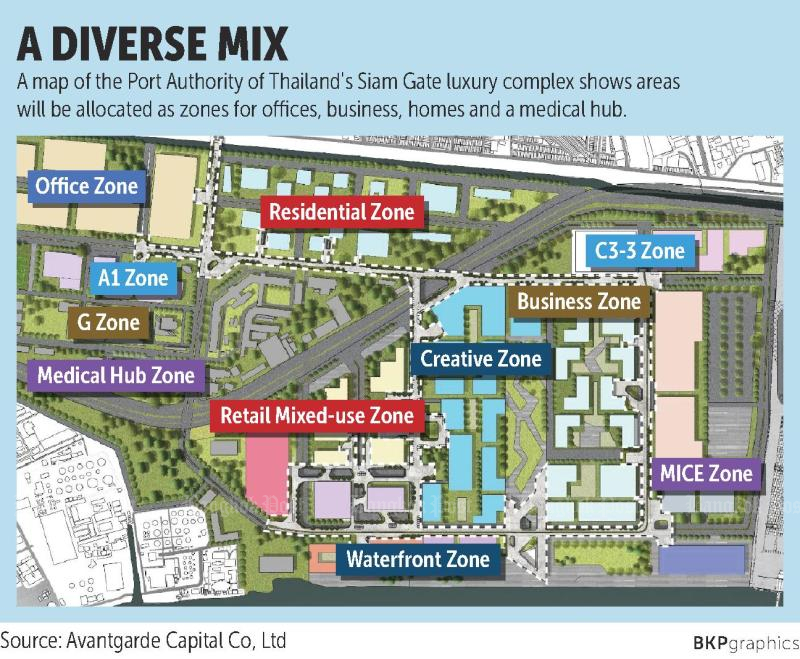 Some businessmen are openly questioning whether the new real estate development will match the PAT brand which has always been associated with marine logistics management.

A big challenge for the PAT will be to convince opponents of its plan that it become more than just the management arm of the capital's port facilities.

"We want to be a world-class port like the Port of Busan in South Korea, mixed with a complex of retail stores, residences and a recreation area linked together by a light rail system," Somchai Hemthong, PAT's assistant director-general for asset management and business development, said.

It will not only be an area where containers are loaded and unloaded, but where people can walk, bike and take photos, according to Mr Somchai.

Amid those modern facilities will be the new landmark PAT building, part of which will be designed as a triangle-like structure similar to the bow of a ship.

"That will be a place where people can enjoy the river view and relax," he said.

Rail transit inside the area will take passengers to a medical hub, a 1.5-billion baht facility planned as part of the scheme, Mr Somchai added.

The PAT admits the cost of this mixed-use project is high, but when thinking of profits it can generate in the future, the agency believes it will be worth the money spent.

Mr Somchai said investors will be granted rights to lease commercial areas for 60 years, during which time up to 10-trillion baht in revenue should be up for grabs.

"When the figures are calculated in terms of profits, what I see is 4.5 trillion baht," he said.

According to his estimate, the PAT is entitled to a slice of cake worth more than 1 trillion baht.

Officials plan to adjust rents upwards by 10% every three years.

However, PAT union leader Sakchai Kulsanan does not believe the PAT will stand to scoop the largest share of revenues, pointing to the case of Laem Chabang seaport in Chon Buri as an unheeded warning. 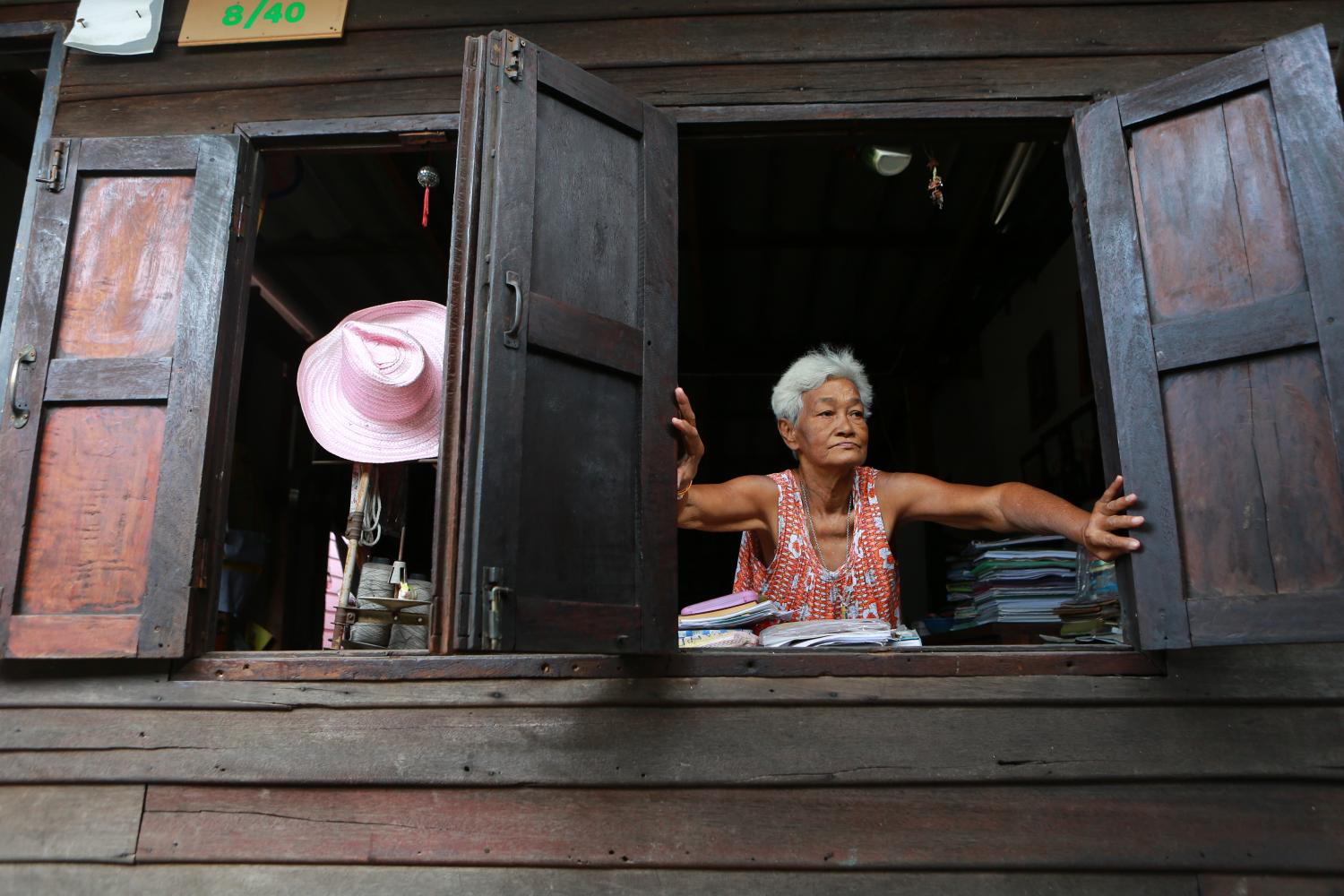 In that project, the PAT worked hard to build facilities, including reclaiming some areas of sea, but so far has only been able to collect rent from the mostly foreign businesses on the site as revenue has been well below expectations.

He is worried something similar will occur again if PAT goes ahead with its costly mixed-use project.

Investors are required to pay rents which account for only 5-10% of total revenues but given a long period of time to run their business in return.

Up to one million residents of communities, mainly slums, in Klong Toey will suffer if they are forced to relocate from the PAT area, which has long served as their home and workplace.

Yet behind the idyllic picture that the PAT is keen to paint of Siam Gate, there is a darker reality, according to community leaders.

"Most villagers don't want to leave the area," said a Hua Khong community leader, who asked not to be named.

The PAT has given them three choices -- new condominiums near Klong Toey port, housing estates in Nong Chok and Min Buri districts or cash.

Many villagers live in large families, so it is impossible for them to squeeze into a small condominium room which can only accommodate four people, the community leader said.

If they opt to live in bigger houses in Nong Chok and Min Buri, they will have to contribute several thousand baht each towards additional construction work.

This is unfeasible given most are already on the breadline, according to their representative.

As for the cash, each family would be given 200,000 baht, a huge decrease from the two million baht originally floated by the PAT.

"The villagers don't agree with this small amount at all," he said, adding that at least one million baht would be more reasonable.

Both villagers and PAT union members plan to join hands in opposition to the project.

"If our concerns fall on deaf ears, we will step up our protests," Mr Sakchai said.

"We'll fight to the finish."

Dissatisfaction among villagers has already grown after the PAT falsely claimed a majority of them had voted to leave the area. 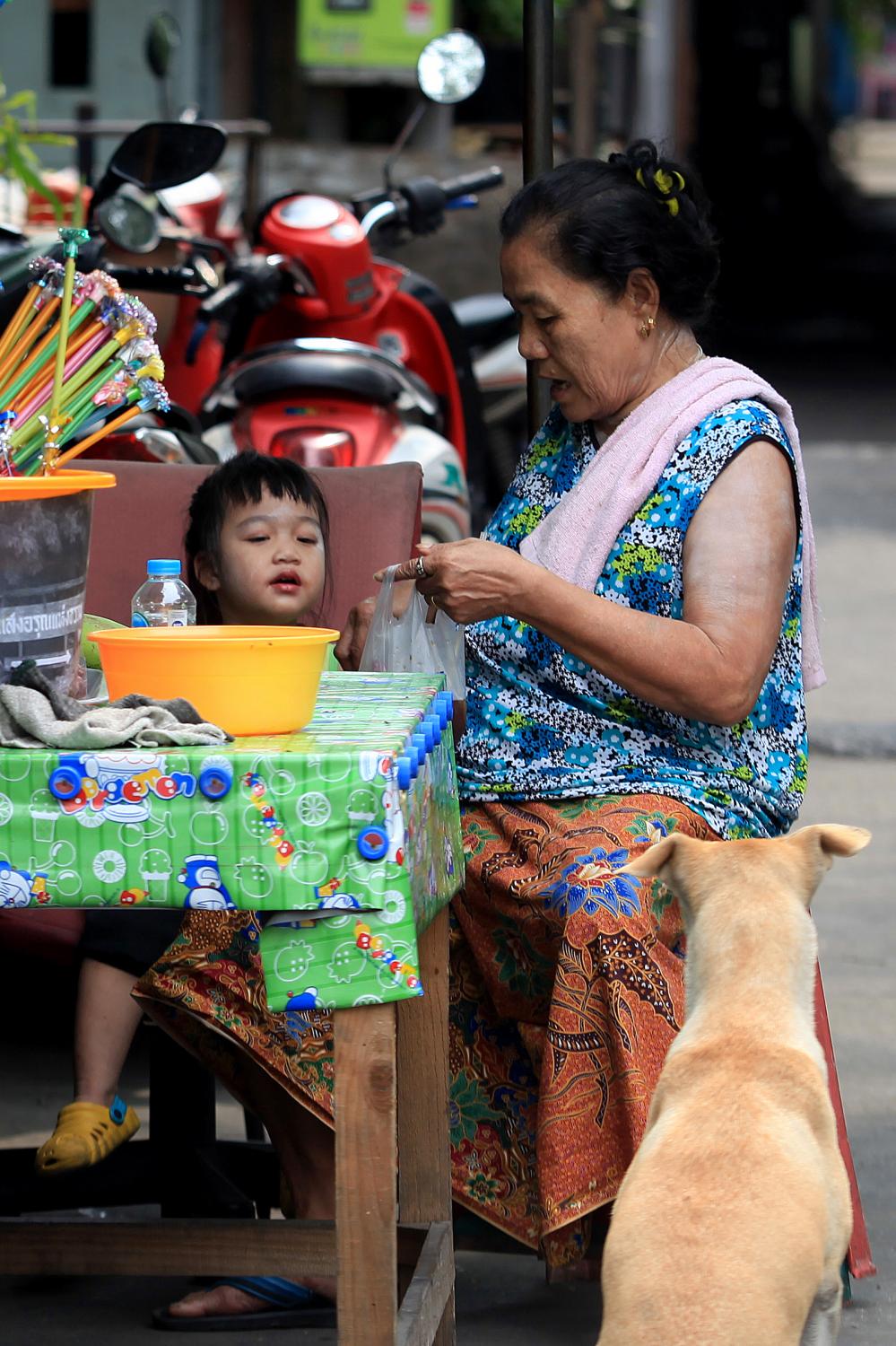 A little girl plays outside her house with her grandmother. Their community is among the 26 set to be relocated to make way for PAT's commercial retail project.

"They only raised their hands to ask questions, not support [the motion]," he said, referring to their participation in a public hearing held for the project.

A representative of the Thai National Shippers' Council also warned the PAT against embarking on businesses which are not part of its core of logistics.

What shippers really want is the improvement of logistics, notably an increase in goods transport from 1.2 to 3 million TEU (twenty-foot equivalent units) containers a year, he said.

The council believes the port environment is primarily designed for loading, unloading and carrying goods containers, and the new project does not sit well with the industrial tone of the area.

"I can't see how our jobs can co-exist in harmony with other commercial activities," he said.

A majority of people are still opposed to opening the country to foreigners who are not infected with Covid-19, reasoning that the global coronavirus situation is still very serious, according to a survey carried out by the National Institute of Development Administration, or Nida Poll.