Artificial intelligence (AI) adoption in Thailand is still in the early stages, with chatbot, robotic process automation (RPA) and consumer segmentation among the top targets for businesses, according to a survey by IMC Institute, a tech research and training organisation.

"Businesses in Thailand have high awareness of the benefits and importance of AI in reshaping industries, but they still have not deployed much effort or funding in that direction because of a lack of expertise," said Thanachart Numnonda, executive director of IMC Institute.

The AI Thailand Readiness survey gauged the opinions of 113 businesses and public organisations between September and October 2019. The survey was commissioned in partnership with Optimus Thailand, a tech consultancy.

According to the survey, 50% of the executives realise the significance of using AI, while 35.1% believe it is moderately important. Another 14.3% said they have not yet paid attention to the technology.

Mr Thanachart said policymakers should prioritise AI strategies for the country by leveraging AI core technology. Regulations should be upgraded as AI rapidly changes, he said.

"If regulations are too strict, businesses will refrain from rolling out technology to avoid penalties," said Mr Thanachart.

Mr Thanachart stressed the national digital ID scheme would spur the use of biometrics and digital identity tech investment. Cybersecurity and blockchain technology will also gain traction, he said. 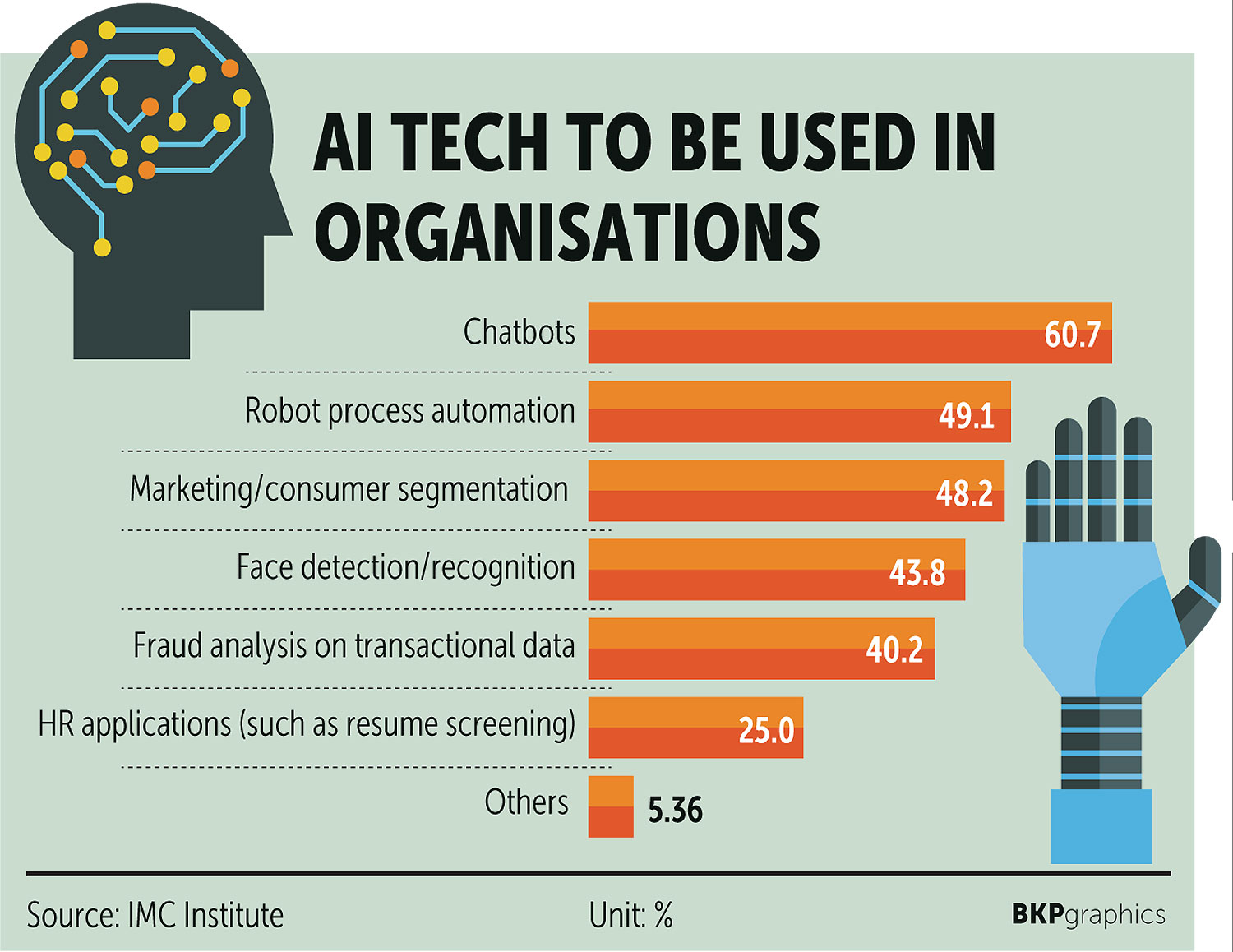