Life in the low-code cloud
Business

Life in the low-code cloud

Indian startup Zoho demystifies application development with tools that make it easier for anyone to create and manage software. By Erich Parpart

Simplicity is the goal of Zoho, which offers products such as a versatile drag-and-drop app development platform. (Photo supplied)

Zoho Corporation, a comprehensive IT management software provider, is gearing up to serve the vibrant startup community and digital transformation trends in Southeast Asia where different countries are at different stages of development. It is doing this by helping companies and developers make mobile and web applications with low-code platforms.

The Indian startup began with six employees in 1996 and now has 8,000 employees in 180 countries, operating 45-plus cloud applications for more than 50 million users.

"In Thailand, the internet economy was worth close to US$6 billion in 2015 and by 2025, we are looking at up to $50 billion, which is probably two times what it is today," Gibu Mathew, vice-president and general manager of Asia-Pacific at Zoho, told Asia Focus.

"For Southeast Asia, the internet economy is going to be one of the highest reasons for growth in general for the region as well."

Southeast Asia now 360 million internet users, 90% of them connected via mobile, while the internet economy is expected to reach $100 billion by the end of this year. Mr Mathew notes that the region now boasts 10 unicorns, or businesses worth $1 billion or more. Most are in Indonesia which is helping the local economy but Zoho also sees interesting trends in Thailand.

The Net Pracharat policy, a Thai government project to provide free WiFi and low-cost broadband infrastructure to more than 40,000 villages that broadband internet has not reached, is helping on the connection side, Mr Mathew said.

As of last year, the project had brought broadband internet to more than 24,700 villages, with another 15,723 scheduled to be connected this year. As of November 2018, there were about 4.5 million users registered for WiFi Net Pracharat, and new registrations are taking place at a rate of 200,000 to 300,000 each month.

This development is supporting the first major trend in Thailand which is digitisation of the economy. This can be seen in the rise of various applications in e-commerce, music streaming, online gaming and even immigration services. By 2022, 61% of the Kingdom's economy is expected to be digitised.

"Small changes are happening here in Thailand and it is happening one step at a time, but where we are definitely seeing a lot more digitised activities here such as e-commerce and peer-to-peer," said Mr Mathew. "Singapore is a little bit more advanced where government services have gone to the level of having AI-driven chatbots already, and Thailand is slowly getting there."

Other countries that are moving along on their digitisation journey include Indonesia, Malaysia and Vietnam, he added.

"Indonesia has a demographic advantage with a lot of young people joining the workforce with all sorts fresh ideas, which is reflected in the numbers of startups it has," he said.

"But Indonesia does not have enough investment in broadband like Thailand … so it is not that one country is blessed with everything. Some might have natural resources and some might not but every country in this region has its own strength."

Vietnam also has a young population who are more tech savvy than most in the region, but the problem there is also infrastructure, which is still not on par with the likes of Indonesia, Malaysia and Thailand. 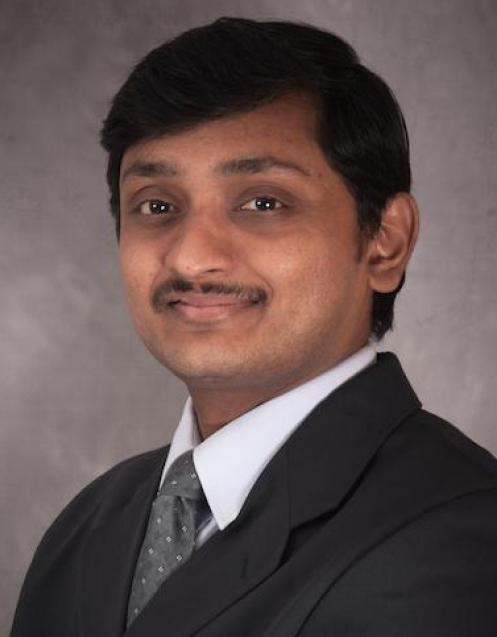 Cloud allows businesses to leapfrog technology trends, similar to how a village in Africa can solve a lack of electricity by putting up solar panels instead of installing electrical cables and poles

The second trend Zoho is witnessing is the push toward cloud and cloud-native applications, which will give a further lift to digital transformation.

"Cloud allows businesses to leapfrog technology trends, similar to how a village in Africa can solve a lack of electricity by putting up solar panels instead of solving the problem by installing electrical cables and poles," he said.

Cloud technology allows companies in Southeast Asia to skip through stacks of applications such as virtualisation, networking, middleware and data centres by jumping directly into the public cloud and building their own solutions there.

The public cloud is where a provider such as Zoho can help companies make their own applications. It does this by providing low-code, and even no-code, platforms that add a layer of simplification, with simple drag-and-drop elements to build mobile and web apps.

"The technology to create applications is becoming a lot easier, where we have gone from micro-bit programming to normal languages and now to low-code platforms," Mr Mathew explained. "Somebody has to write the code but it can be made easier, and that is what a platform like Zoho can actually do."

The beauty of low-code platforms is that you can write the code once and then export the application you have written to support multiple form factors including websites, mobile and tablet applications.

"Before, you needed to learn how to write Swift code for iOS, Java for Android and something else for the web, but with a low-code platform, you can just write a set of code and then export it to three, four, five different platforms," he said.

"One of our clients actually wrote a code back in the BlackBerry days in 2003 and they were able to export those apps to iOS in 2018. That's the value of what constant innovation can bring."

With low-code platform, customers can build apps with less technology and fewer technical experts by just dragging and dropping different functions into a standard field provided in Zoho's public cloud, which the company helps transform into applications. With such ease, the company now owns at least 45 applications that it has created in-house and its database now have more than 2 million apps within it.

"Our customers have built out more than 2 million applications over the last decade using our low-code platform," said Mr Mathew.

"The app builder can also be used with all of our other applications to solve various business functions in your organisation and that is our strength," he said.

One of the latest technologies the company offers is the ability for companies to "chat" with their data. An AI-powered assistant called Zia helps businesses collect customer data, write a document, or just look for sales numbers.

For example, all you have to do is to write a request such as "show me support tickets by channel this month", then Zia can generate a bar chart on the fly. Another product, Zoho Writer, grades people on their writing, helps correct grammatical mistakes and offers tips on ways to avoid run-on sentences, overuse of adverbs and more.

"The AI-bot allows you to chat to your collective data in our Zoho Analytics tool, and this is done using natural language processing. So you can actually talk to your data via Ask Zia, which will generate the same result."

The company is one of the few to offers prebuilt contextual integration for all 45 cloud applications that it has created, which means a company can use Zoho cloud software to run its entire business. It also is one of the very few public cloud companies, other than Microsoft and Goggle, to offer email software with Zoho Mail.

"Each of our products is a product on its own and some of our applications such as Zoho Writer are absolutely free for personal use. All you have to do is to sign up with us," he added.