KRATSCOIN The Crypto-Currency with an Electronic Serial Number
Business

KRATSCOIN The Crypto-Currency with an Electronic Serial Number

Presently, there aren’t any countries attempting to implement "crypto-currency" for their own serious use. In addition, crypto-currencies now on the market such as Bitcoin or Ethereum are still vastly under-utilised in terms of usage, or as a new financial medium in this capitalist world.

In reality, it is difficult to ignore or deny that the transition to the digital world is taking place, and that there is market momentum that may make these digital currencies "happen", but this might occur in the manner that the state or the central bank that produces them decides. Or perhaps it will be a private firm with the potential to create a strong crypto-currency system, to make it credible and more trustworthy, in which case certain financial criteria must be followed and met. 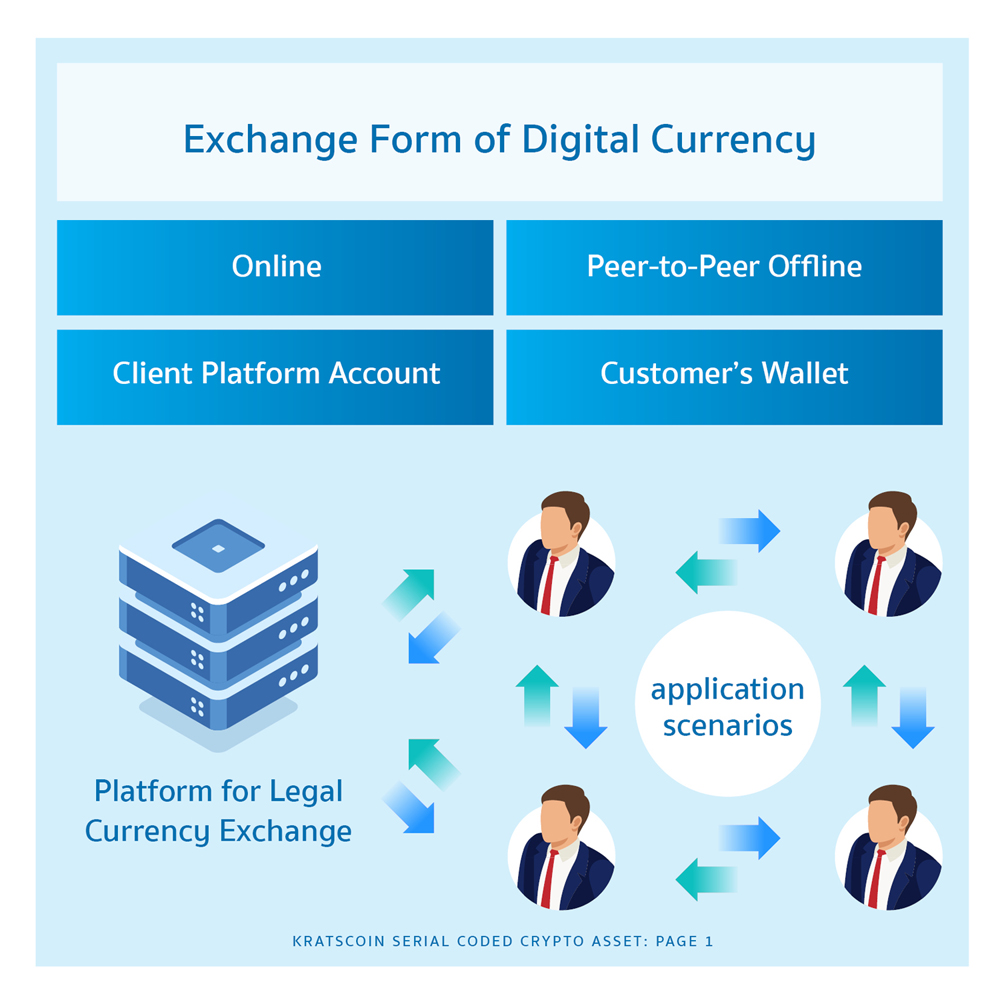 Many may ask, “Why Digital Currency?” The answer goes back to before 1930, when most of the money used throughout the world was backed by an equal value of gold. But 1971 marked the first time that US citizens used  a single currency that was not backed by gold or silver reserves. Today, the value of the US dollar is guaranteed by the US government’s full trustworthiness and credit.

Although this form of currency has been widely adopted and is used throughout the world, any country is at risk of experiencing problems stemming from instability of its financial system. One example is Venezuela. When the country experienced an economic crisis in 2018, it was faced with almost one million percent inflation, causing its currency –  the Bolevar – to plummet in value and making many everyday goods all but unaffordable for most of its citizens.

Imagine if there were an accepted central system similar to using Visa or MasterCard, which allowed to us buy things directly at a stable price without having any effect by the appreciative or depreciative value of currency of another country. Everything can be purchased in a single standard price. Needless to refer to mid-price rates through volatile currencies. It would be something very special indeed. 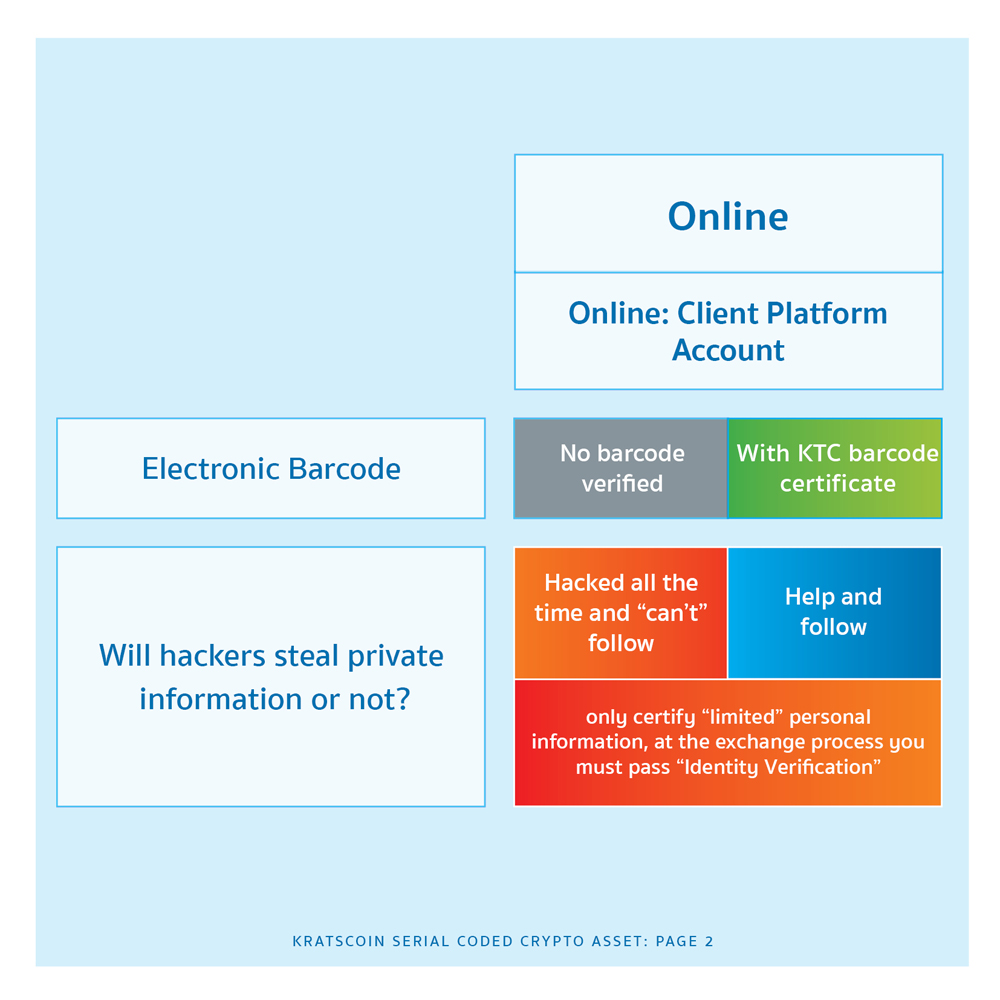 There is a big difference between "Legal Currency" and "Encrypted Digital Certificate". Digital Currency, or “Crypto-Currency”, is not new. It is a currency created by certain mathematical mechanisms, using computer systems to decipher and generate units from the mechanism, a process called “mining”.

The goal of these digital currencies is to reduce the centralisation of payment systems by financial institutions, allowing distribution on the currency network, which is called “blockchain” technology which tracks unit movements for payment or transfers with high a level of precision and security. With no intermediary, tampering with information can be prevented simultaneously. In other words, digital currency can assist in expediting financial transactions, at a lower cost and with utmost security.

However, with a variety of digital currencies available today, there are quite a number of concerns to be addressed, such as reliability and the effects on financial service industry. Most central banks will not certify most of these digital currencies, particularly those created by the private sector, which restricts them from being used as a legal debt. This is likely due to the fact that these digital currencies lack legitimising recognition that would allow them to be used as a payment medium. 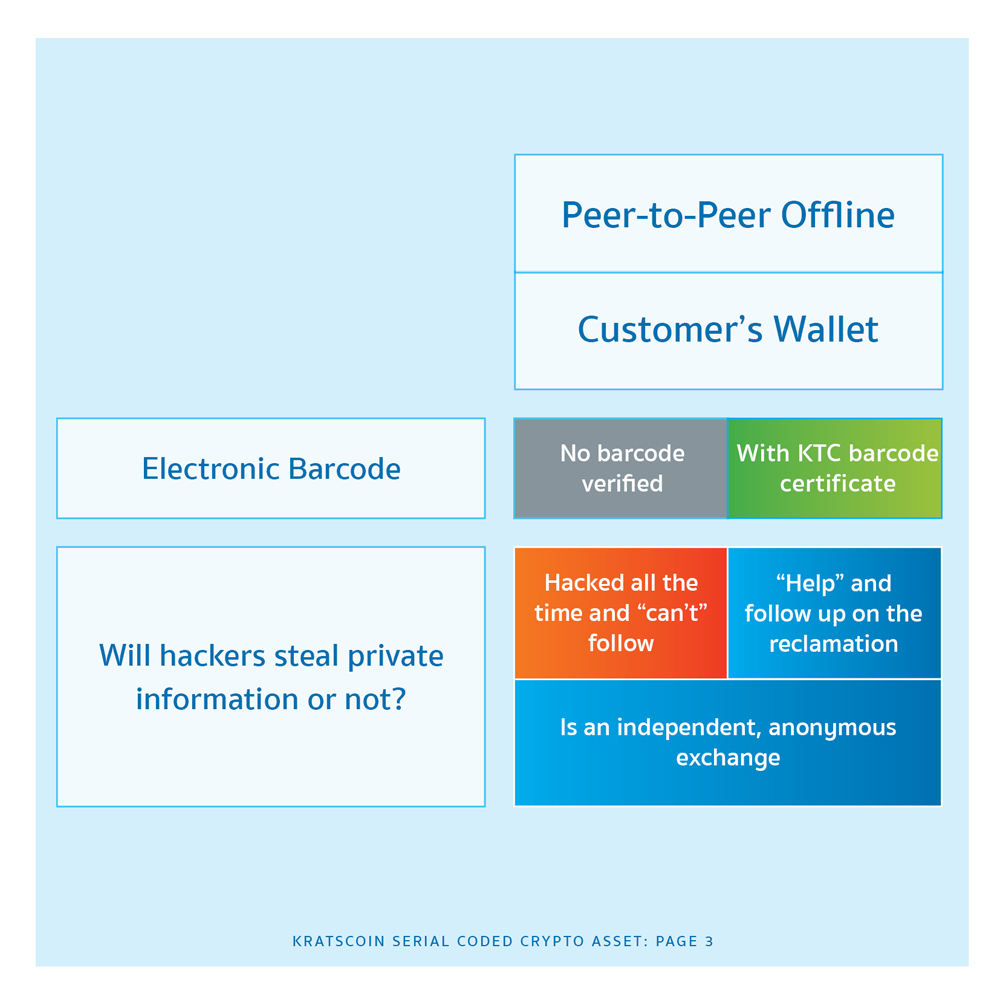 Every conventional currency in use today – be they the Dollar, Euro, Renminbi, Pound, Yen, Tugrik, Peso, Rupee, Dina, Ringgit or Baht – has its own unique name, design and colour. All of the world’s "legal currencies" subscribe to a common financial system, and each has something in common – the serial number. It is well understood that the role of the use of serial numbers is very important in the world of finance. Besides helping prevent financial crimes, serial numbers make it possible to monitor and track individuals and organisations, exert control of capital in- and outflow, and avoid the possibility of serious criminal actions taking place. Therefore, cutting capital chains greatly reduces crime, and in fact is a method used by governments the world over to use to deter and prosecute criminal activity.

Therefore, the principle of encrypting currency with serial number is no different from the technique used by financial institutions and banks that issue banknotes and debt instruments that bear distinctive serial numbers. This makes it possible to track transactions or sources of money for which serial numbers are officially recorded, resulting in easy tracking of their origin and destination and verifying the authenticity of the transactions. But the form of digital currencies currently available may not have this requirement.

A new digital currency of unknown origin called "KRATSCOIN" (KTC) is being talked about in the crypto-currency arena. It has gained interest  because there is a serial number designed and encrypted into each mined coin.

It is assured that with KRATSCOIN’s (KTC) serial number, it is possible to solve the problem of financial criminal activity, while corruption, illegal money laundering and terrorist financing will likely be reduced or eliminated should it become a major player in the digital currency market. 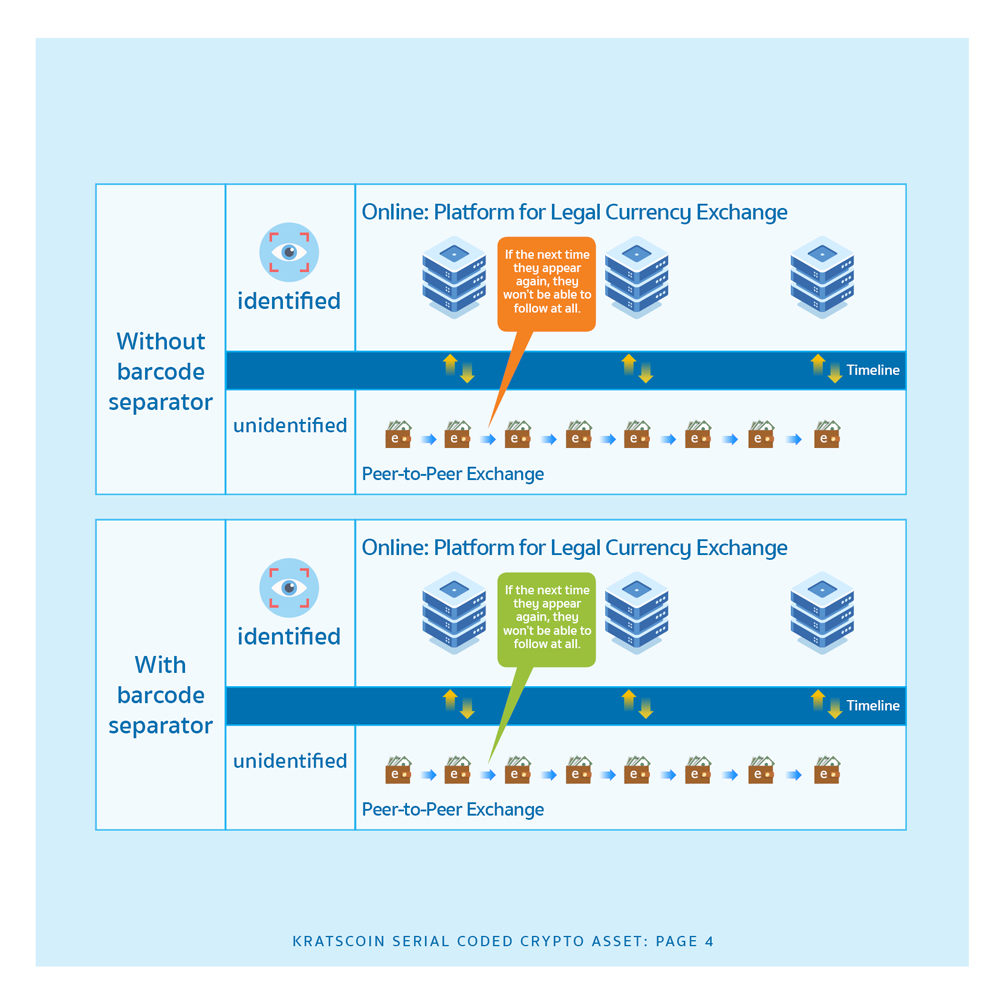 What KTC has done is to make it easier for governments to track blockchain-based electronic money transactions, with the objective of issuing a serial number for each KTC unit. This is something found in few, if any other crypto-currency blockchain system.

In addition to following up on financial transactions and being used as a new exchange medium, it also allows provisions in many countries where illegal “miners” impact the energy sector by "stealing” electricity from energy companies operated by the governments, causing a signifcant financial loss to both electricity producers and utilities providers.

Release of the crypto-currency with a serial number such as KRATSCOIN will prevent mining operators from avoiding electricity bills.

Though there are many similarities between KTC and BTC, starting the mining process with a standard ASIC miner (ASIC Miner S9 or T9), the maximum supply of only 21 million KTC, one block appears every 10 minutes and 7,200 KTC per 24 hours, including halving per 210,000 blocks.

Besides having a serial number, another difference between KTC and BTC is the smallest number of units. If BTC has 0.00000001, then KTC has only 0.00001. This simplification is intended to facilitate the calculation of exchange rates used in foreign exchange trading.

In the world of assets, gold can be recycled and diamonds can be arranged in beads and can be re-graded, and various countries can use the type of currency of their own choosing. But assets with KRATSCOIN serial number encoding (KTC) cannot be reproduced or reprinted, because Blockchain technology records the order of the assets that clearly can't be modified.

Another interesting thing about KRATSCOIN with a serial number is that, it does not belong to anyone, whether it's a country or a company. Therefore, theoretically, KRATSCOIN cannot been affected by political conditions, war or the global economy. But every individual, every country and every government will benefit directly or indirectly from KRATSCOIN (KTC) if it becomes popular. 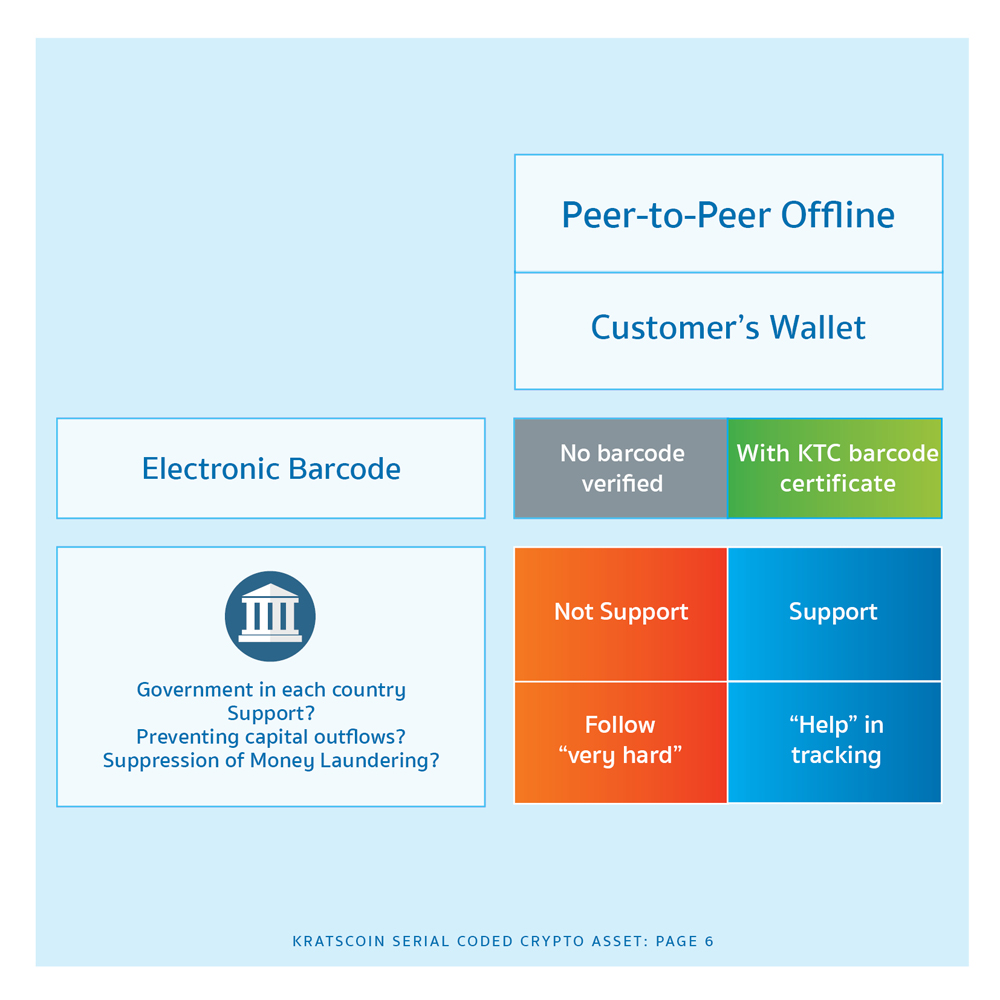 In conclusion, by using the electronic serial numbers embedded in KRATSCOIN crypto-currency, it is easy to determine the source of the encrypted assets through blockchain. This allows tax regulators to prove undisputedly the origin or ownership of the users’ assets, where they are being sold or to whom they are transferred to. This offers a safe, highly secure and reliable currency for the modern financial system and encourages users to declare their "encrypted digital certificate assets" to the respective tax authorities.

To comply with the current financial regulations, KRATSCOIN (KTC) is launching at just the right moment to take advantage of blockchain’s vast potential. And becoming a representative of the standardised “serial numbered” digital currency as a guarantee, or the security of being a medium, or currency, that benefits trade transactions by allowing governments to effortlessly track various problems that can occur in the future.

WASHINGTON - Environmental champion Greta Thunberg assailed powerful politicians on Thursday for "ignoring" climate change, as she demanded an end to fossil fuel subsidies and implored the current generation of leaders to take the crisis more seriously.

Prosecutors are unlikely to indict Thanathorn Juangroongruangkit for applying to be an MP knowing he was not qualified as accused by the Election Commission, according to their spokesman.