Bangkok ranks 20th on a list of expat-friendly cities in a survey conducted by InterNations, the world's largest expat community with more than 3.5 million members. The city gets high marks for affordability but its ranking was dragged down by poor scores for environmental quality and political stability. 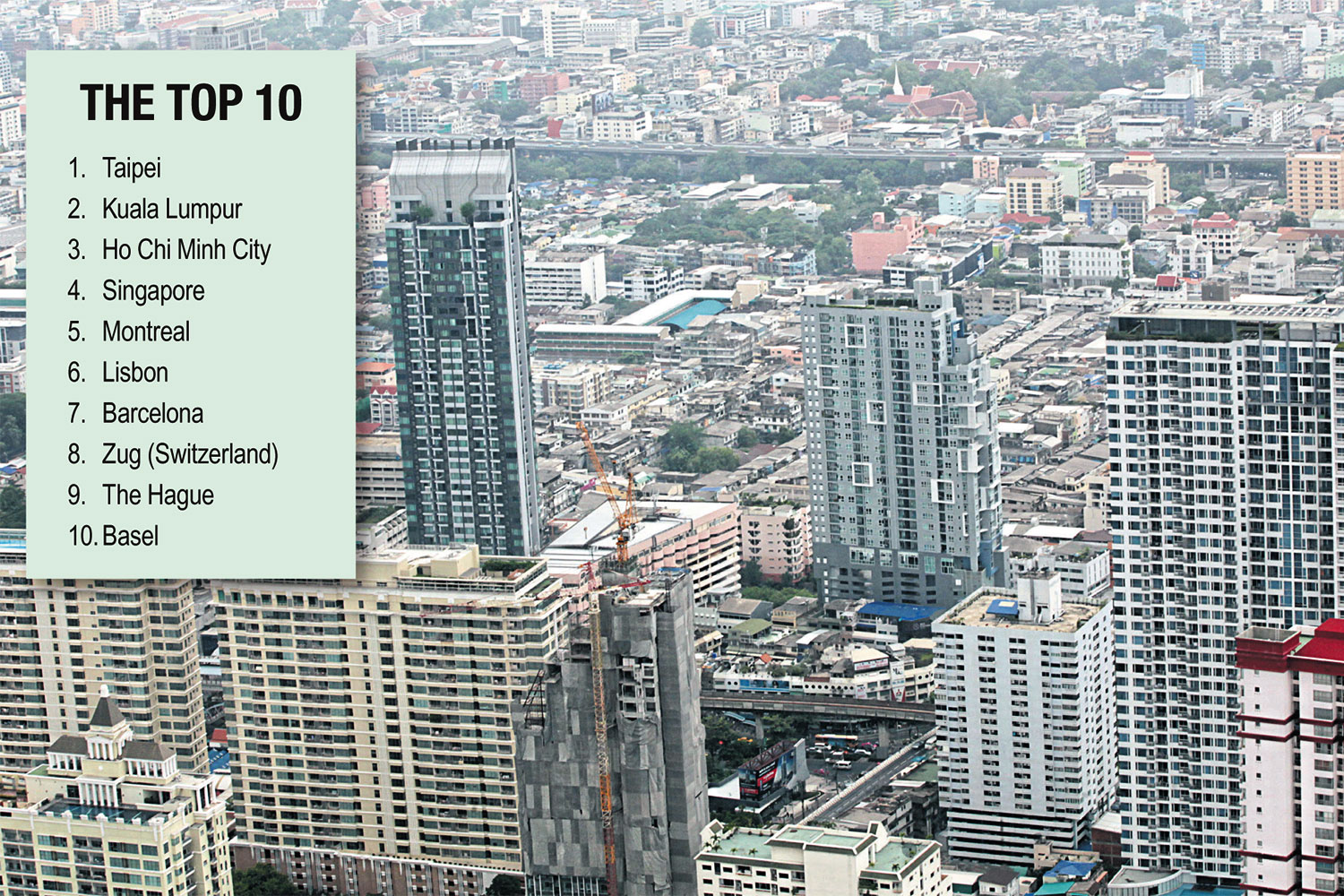 Twelve Asian cities are featured in the Expat City Ranking 2019, with four of them -- Taipei, Kuala Lumpur, Ho Chi Minh City and Singapore -- occupying the top four positions worldwide. Yangon was in the bottom 10 of the 82-city survey in 73rd place, just one spot below Seoul.

The rankings are based on the annual Expat Insider survey by InterNations. More than 20,000 expatriates representing 178 nationalities and living in 187 countries or territories provided information on various aspects of expat life.

Participants were asked to rate more than 25 different aspects of urban life abroad on a scale of one to seven. The rating process emphasised personal satisfaction and considered emotional and factual aspects with equal weight.

The ratings were used to create four indices -- Quality of Urban Living, Getting Settled, Urban Work Life, and Finance and Housing -- which were then averaged in order to rank the cities.

The survey also includes a local cost of living index, but it was not factored into the overall ranking to avoid over-representing financial aspects, InterNations said.

Coming in fifth out of all the cities surveyed in Asia, Bangkok ranks third in the Finance and Housing Index.

Some 58% of expats say housing in Bangkok is affordable (versus a global average of 36% for the same indicator), and 80% say accommodation is easy to find (vs 50% globally).

While Bangkok also ranks high for the local cost of living (9th), it performs poorly in the Quality of Urban Living Index (56th).

The vast majority of respondents are satisfied with the availability of healthcare (83% vs 73% globally) and safety (89% vs 81% globally).

"It is a much safer place for my son to grow up in," said a German expat.

However, the city is one of the worst in the world for the quality of the environment (79th) and political stability (74th).

While Bangkok fared reasonably well in the Getting Settled Index (32nd), the Urban Work Life Index (46th) was disappointing.

"Visa regulations and the amount of paperwork needed to get a work permit makes it very difficult for expats to stay for a long period of time," a Bulgarian expat complained.

As well, only 41% of respondents rate their local career opportunities positively (vs 51% globally), and only 56% are happy with the state of the local economy (vs 66% globally).

The Supreme Court upholds the death sentence for three men convicted of the murder of a waitress slain in 2016 for having an affair with a woman singer desired by a police colonel.