Minimum wage to rise next month

Workers gather for activities marking Labour Day near the Port Authority of Thailand in Bangkok on May 1. Unskilled workers will get a small rise from Jan 1. (File photo)

The national wage committee agreed on Friday to increase the minimum daily wage by 5-6 baht, from 308-330 baht to 313-336 baht, and will propose the rise to cabinet for effect from Jan 1.

Unskilled workers in most provinces will be entitled to 315-320 baht a day.

Suthi Sukosol, permanent secretary for labour, said the committee made its decision after careful consideration of factors including employees' cost of living, employers' ability to pay, and local and global economic conditions.

"We believe that the increment will enable workers to survive and also support national growth. The impact will be minimal. Investment can be promoted and the economy can grow," he said.

The 6-baht increment will apply in Bangkok, Chon Buri, Phuket, Prachin Buri, Samut Prakan and Samut Sakhon. The 5-baht rise will apply in the other provinces.

The new wage structure would be proposed to the cabinet by Dec 17 so that it could take effect on Jan 1, 2020, Mr Suthi said. 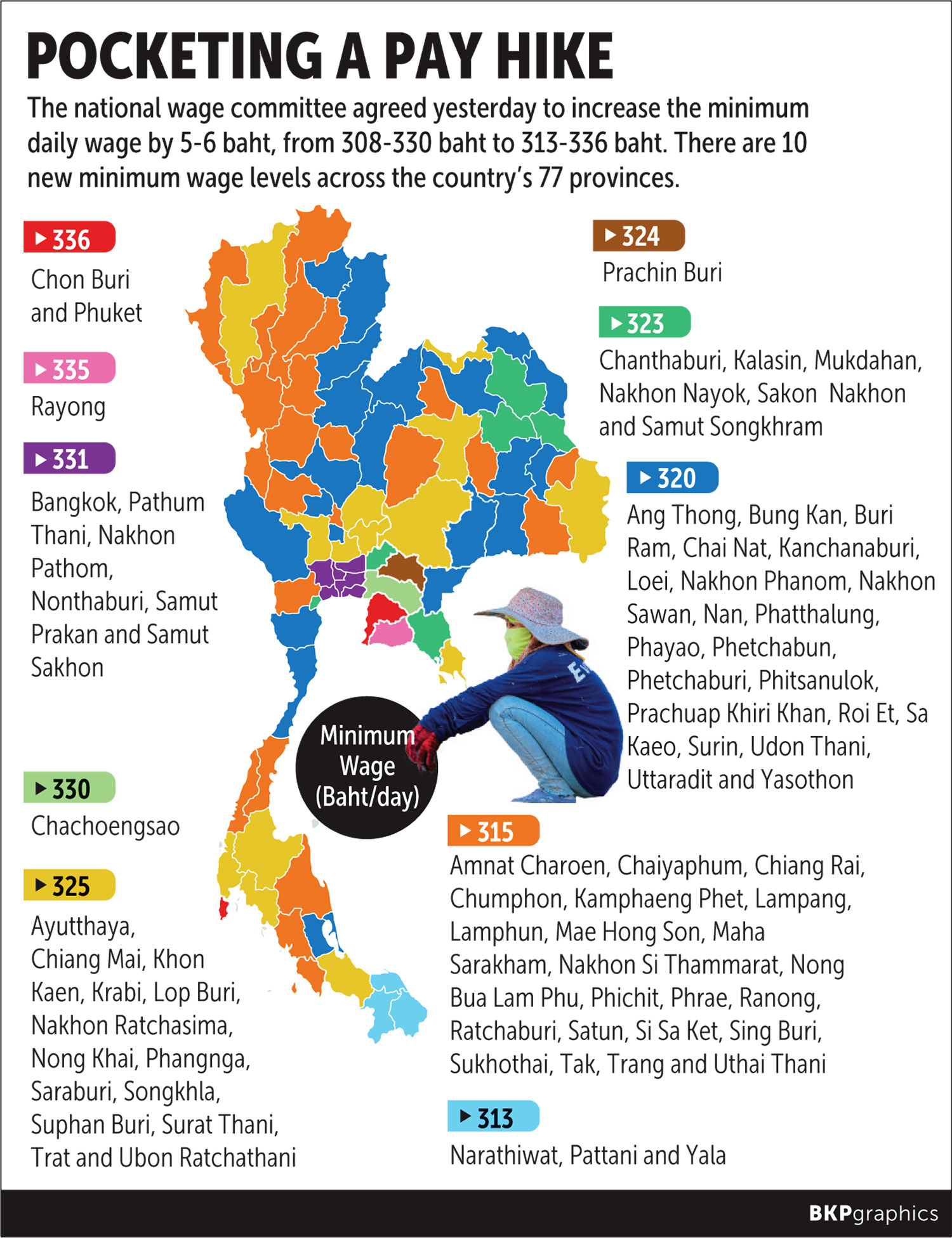 Suchart Thailuan, president of the National Congress of Thai Labour (NCTL), said the raise was appropriate and would not affect employment and the overall economy.

"The rise is acceptable for employers and employees. The prior closure of about 3,000 factories is irrelevant to a change in the minimum daily wage. That resulted from management problems and overall economic conditions. Wages have not changed for two years," he said.

Pichit Deesui, secretary-general of NCTL, said the raise was for unskilled labour. The national wage committee would meet again on Jan 9 to discuss wages for skilled workers.

Friday's resolution means there will be 10 new wage levels. The highest, 336-baht a day, will be for Chon Buri and Phuket provinces, and the lowest rate of 313 baht for the three southern border provinces of Narathiwat, Pattani and Yala.