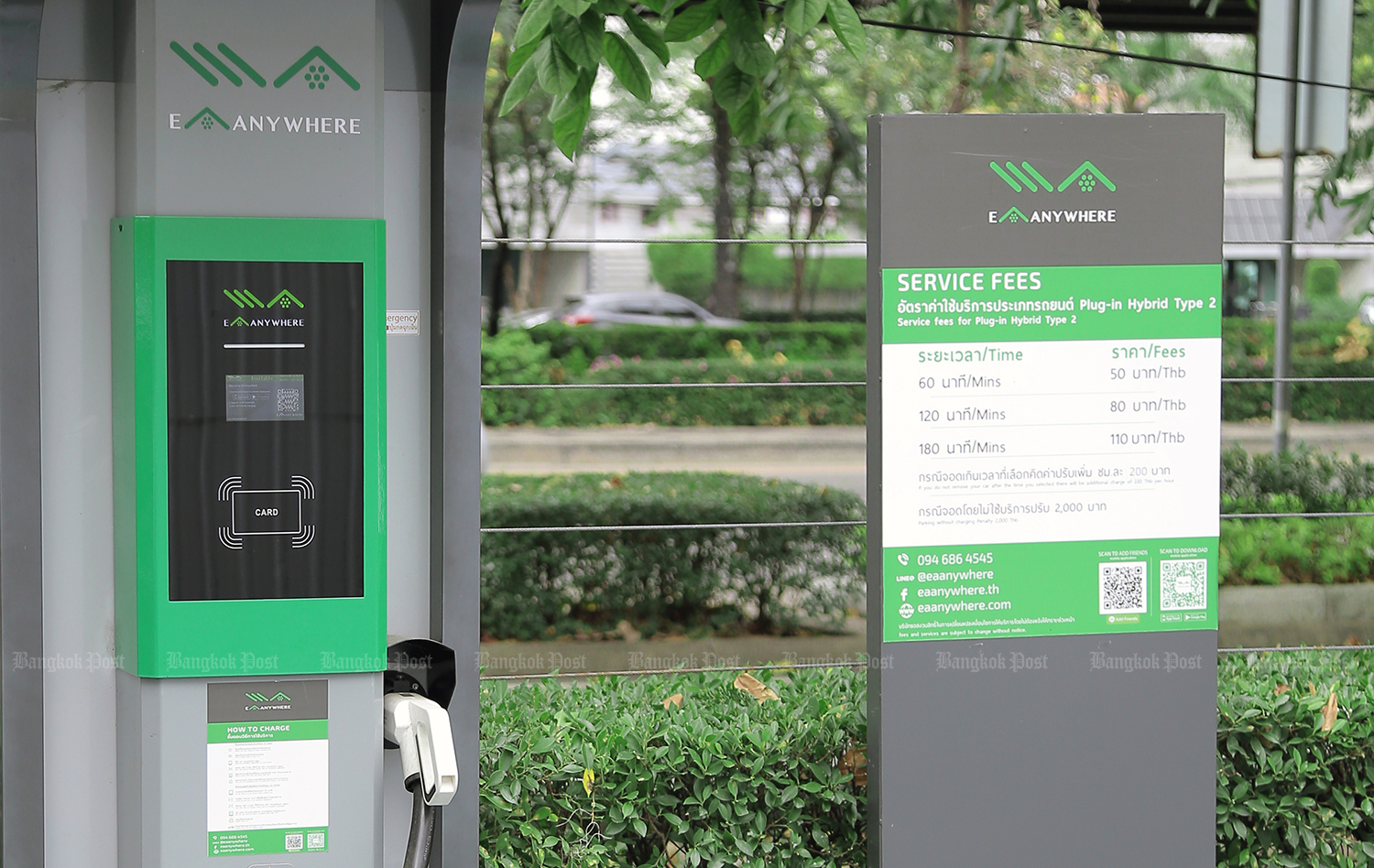 The target was projected to be completed by 2018 previously, but was extended to 2019.

The charging outlets are operated by Energy Mahanakhon, an EA subsidiary. The company started to install and expand EV charging outlets in 2017 and won investment incentives from the government.

"EA is optimistic about finishing the 1,000 stations by 2020 because the government accelerated the EV scheme to encourage investment in EV charging outlets," he said.

"The Energy Ministry is considering power tariffs for EV charging stations to support this new business."

Energy Minister Sontirat Sontijirawong said wheeling charges and other regulations involved with power distribution have been revised to facilitate the EV charging business.

EA is poised to shift gears to become a charging service provider and EV and component manufacturer. The company has diversified from biofuel production and renewable power generation.

EA operates wind and solar farms with a combined capacity of 664 megawatts as of mid-2019.

The company acquired a 77.21% stake in Taiwan-based Amita Technologies during 2017-18 in a deal worth 3 billion baht to start production of EV-related technologies: energy storage systems (ESS) and lithium-ion batteries.

EA expects to begin development of a lithium-ion battery production plant, including ESS, in 2020, with a planned budget of 5 billion baht in Chachoengsao.

The first phase will have a capacity of 1GWh and commence commercial operations in the second half of 2020 after receiving investment privileges from the Board of Investment.

The output from this phase will serve as components to be installed in EVs and for power generation.

The second phase is estimated to cost 98 billion baht and comes with a total capacity of 49GWh.

EA, MEA and Chulalongkorn University have teamed up to establish a peer-to-peer power trade in the university's smart city from solar rooftops on 20 buildings. This three-year plan has already started development.

The university will install ESS to stabilise power generation. Chulalongkorn aims to have the largest capacity in peer-to-peer power trade in the near future.