Thailand ranked fourth globally in terms of amount of gaming conversation on Twitter in 2019 with 1.2 billion tweets, behind South Korea but ahead of Brazil.

The countries tweeting the most about gaming in 2019 were Japan, followed by the US and South Korea, then Thailand, Brazil, France, Britain, Indonesia, Spain and the Philippines, according to @TwitterGaming, noted on Twitter. 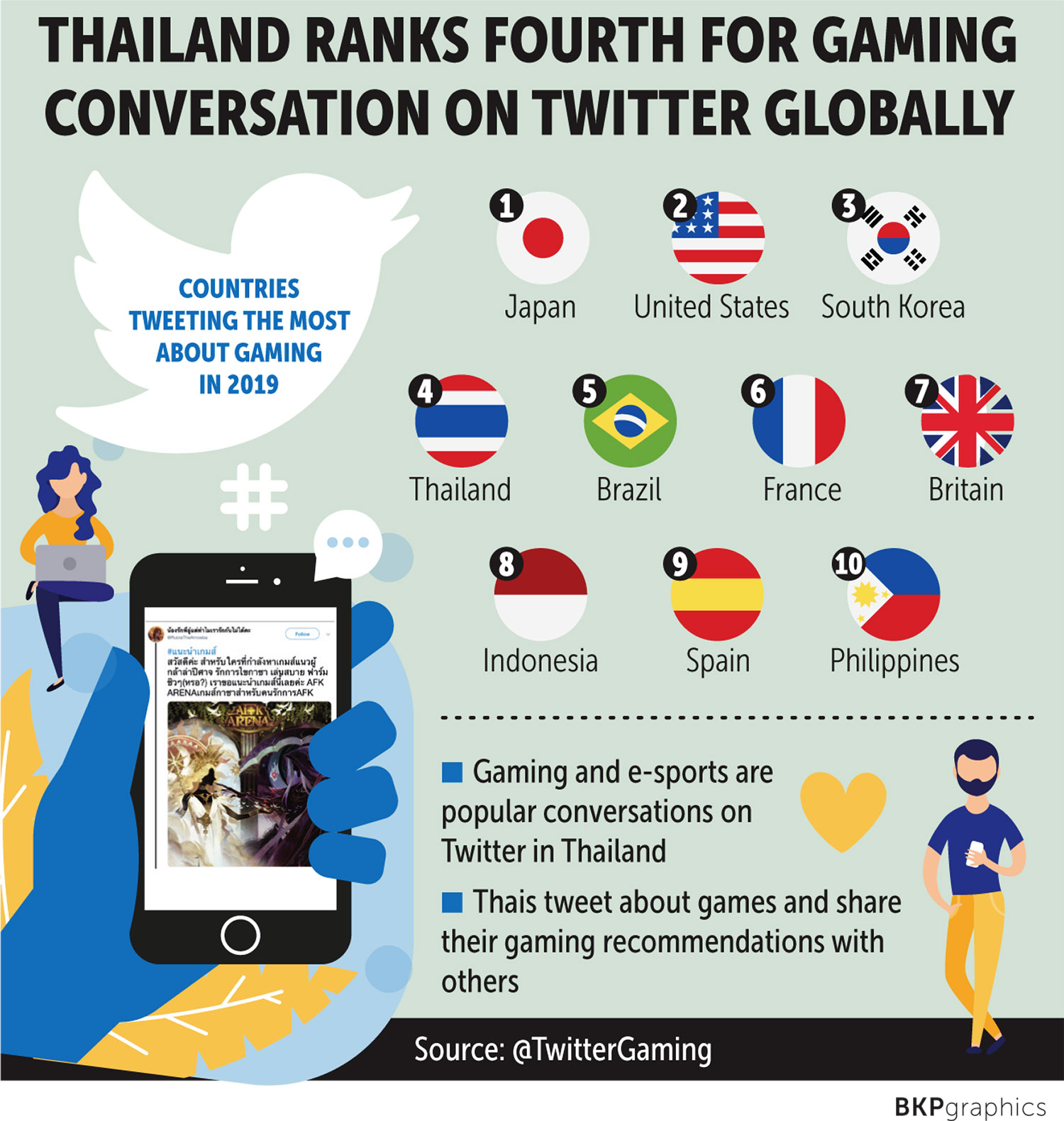 In Thailand, gaming and e-sports make up popular conversations on Twitter, with users participating in a global conversation while creating a local dialogue.