With a spate of risk factors including the ongoing trade war, US-Iran tensions and a strong baht, Thai exports are likely to remain in contraction this year. 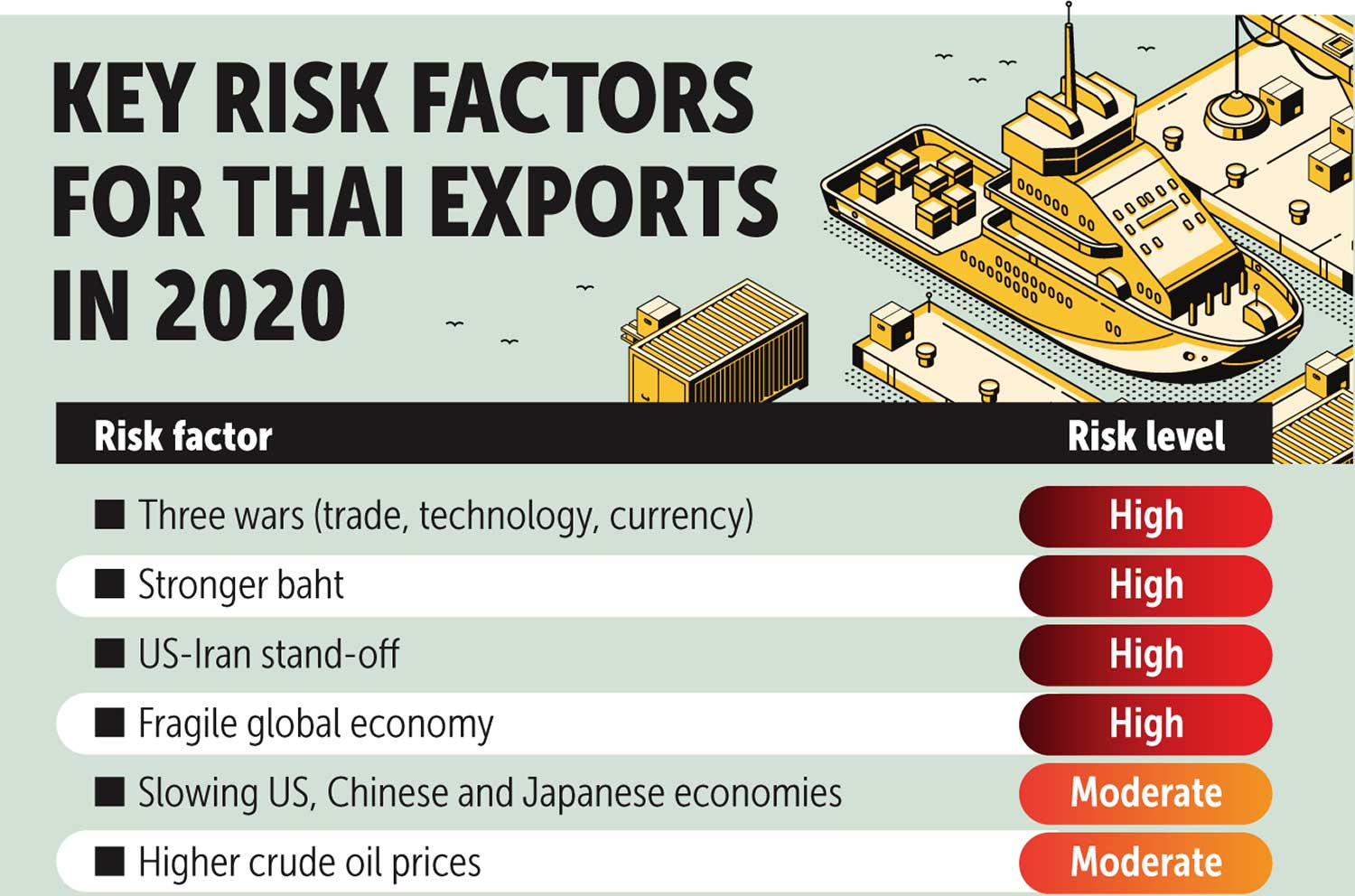 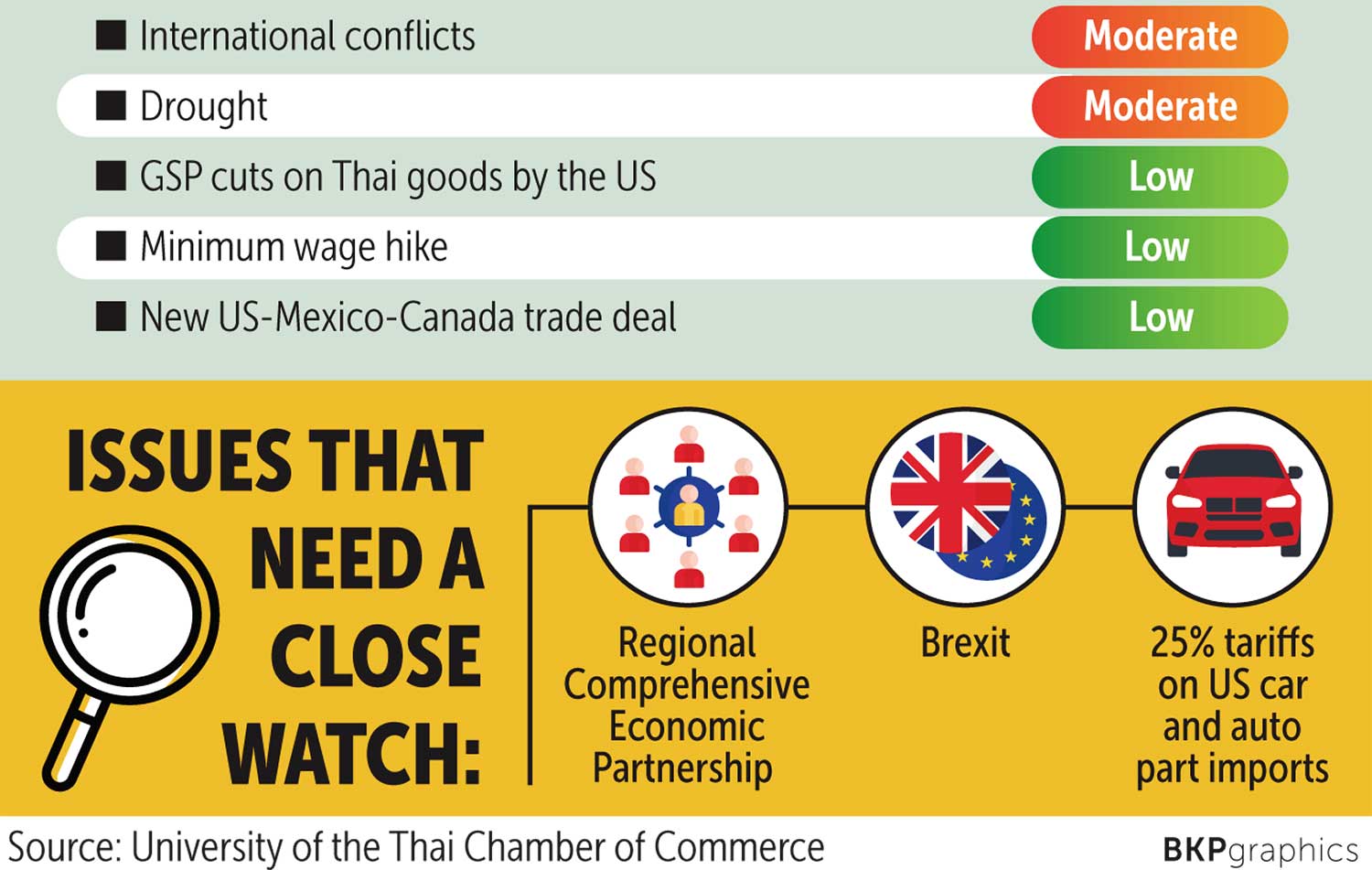 Aat Pisanwanich, director of the Center for International Trade Studies at the University of the Thai Chamber of Commerce, said the university's latest evaluation of the country's export outlook found it highly likely that shipments would shrink by 0.9% in 2020.

The prediction is based on assumptions of 3.2% global economic growth, crude oil prices at US$60 per barrel and the baht trading at 30 to the dollar.

"However, in the worst case, exports may be subject to a contraction of as much as 2.4% this year if the US-China trade negotiations make no progress, the US-Iran conflict escalates, crude oil prices average $80 per barrel and the baht trades at 29 to the dollar," Mr Aat said.

High-risk factors for Thai exports include an enlargement of the trade war between China and the US to encompass technology and currency, continued baht strength, the US-Iran crisis and the struggling global economy.

According to Mr Aat, anticipated widespread drought is weighing on the export outlook. The university expects drought to shave 30-40% off agricultural production and result in farm prices rising by 25-30%.

"The overall Thai economy remains in a slowdown, led by gloomy export prospects," Mr Aat said. "So a vital tool to stimulate the economy is the government's greater spending and higher private investment."

He proposed the government rev up export promotion, particularly to export destinations where Thailand has a market share of less than 5%, such as the Middle East.

Apart from trade missions, video clips to promote Thai export products and online platforms could be applied to enable Thai products to gain greater access in China, India and the Middle East.