An array of WeChat technology on display for visitors to immerse themselves in the experience and how the solutions are used in everyday life.

GUANGZHOU, China: As China is at the global forefront of QR code payment, which makes it easier for businesses and consumers to deal with transactions, its practice is serving as a model for countries in Asean, including Thailand.

Created by Chinese tech giant Tencent, WeChat Pay plays a major role in providing QR code payment in China, where such transactions have been available for nine years.

In 2018, WeChat reported it indirectly created 1.36 trillion yuan (5.97 trillion baht) of economic momentum, accounting for 26% of the digital economy and 9% of GDP.

Some 79.4% of small and mid-sized merchants in China are WeChat Pay users.

The data was revealed in "The Power of the QR Code - The WeChat Economic Impact Report 2020" research conducted by Tsinghua University's Global Industry Research Institute. The study was released during the annual WeChat Open Class on Jan 9 in Guangzhou, China.

Speaking via video conference at the event, WeChat founder Allen Zhang said the rapid development of mobile internet has resulted in people staying online all the time.

The company faces massive amounts of information that spreads rapidly and significant challenges, he said.

A local WeChat manager who requested anonymity said WeChat Pay continues to expand its international reach in line with the strong growth of Chinese outbound tourism.

Its cross-border payment service was offered in more than 60 markets, including Thailand, in 2019, up from 48 a year earlier. The number of cross-border transactions rose 76% year-on-year and that of users jumped 70% year-on-year. 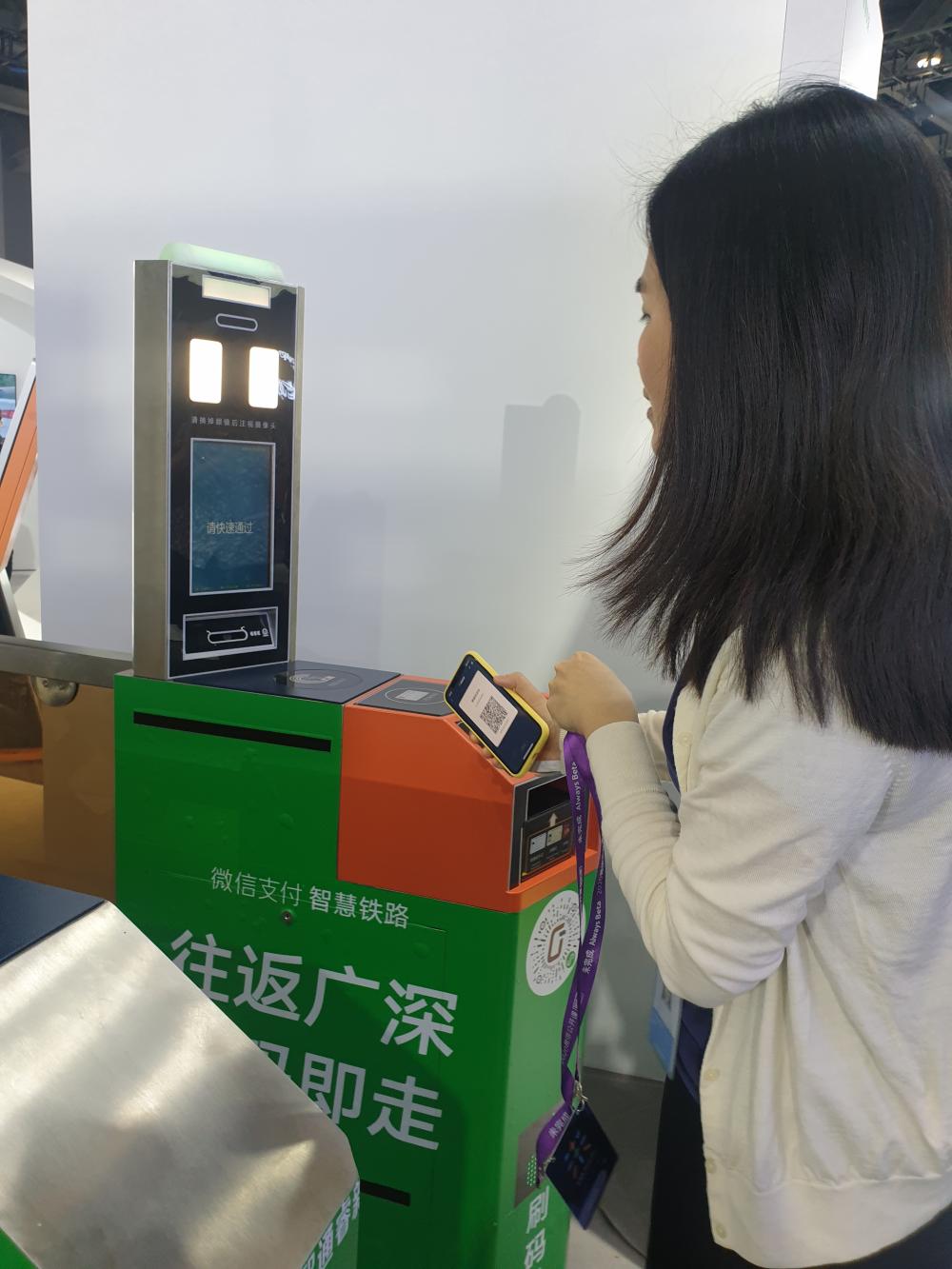 A user pays via WeChat for train service.

"In the first half of 2019, the number of outbound Chinese tourists exceeded 81 million, up 15% year-on-year. They spent an average of 13,000 yuan per person per trip," said the manager.

Thailand is the No.3 destination for Chinese travellers after Hong Kong and Macau.

"We see a huge opportunity for WeChat Pay in Thailand," the manager said. "The service in Thailand has been provided at duty-free shops and will be geared towards shops Chinese prefer."

Last September, WeChat Pay and Line Pay forged a cooperation on mobile payment, enabling users of the former to pay at Line Pay-affiliated stores in Japan via QR code.

WeChat Pay and its rival Alipay last year enabled foreign credit and debit cards to be incorporated in their digital payment services, making it more convenient for foreign tourists to purchase products and services in China. In the past, users needed to have Chinese bank accounts to pay via the two digital payment platforms.

"QR code payment is popular as it is simple to scan and turn paper into money," said the manager. "The QR code payment model in China is being adopted by countries in Asean, though there are a slew of e-wallet players out there."

At the WeChat Open Class event, WeChat also celebrated the third anniversary of its mini-programmes, which are sub-applications in the WeChat ecosystem.

The feature enables users to gain instant access to enterprise services on the WeChat platform.

The service, which was inaugurated in 2017, has attracted more than 300 million active daily users.

More than 1 million mini-programmes have been rolled out with over 1.5 million developers and more than 8,200 third-party service providers taking part, including e-commerce, retail, transport and utility services.

Business and service providers or developers can run their mini-programmes free, while WeChat earns from ads on mini-programmes that use WeChat Pay, increasing revenue from payment fees.

Scores of brands use mini-programmes on WeChat, such as Giorgio Armani, which utilises an augmented reality technology that allows users to wear a selection of lipsticks.