The sustainability of the government's flagship Eastern Economic Corridor (EEC) plan is at risk of being stymied by drought and water conflicts, water experts warn. 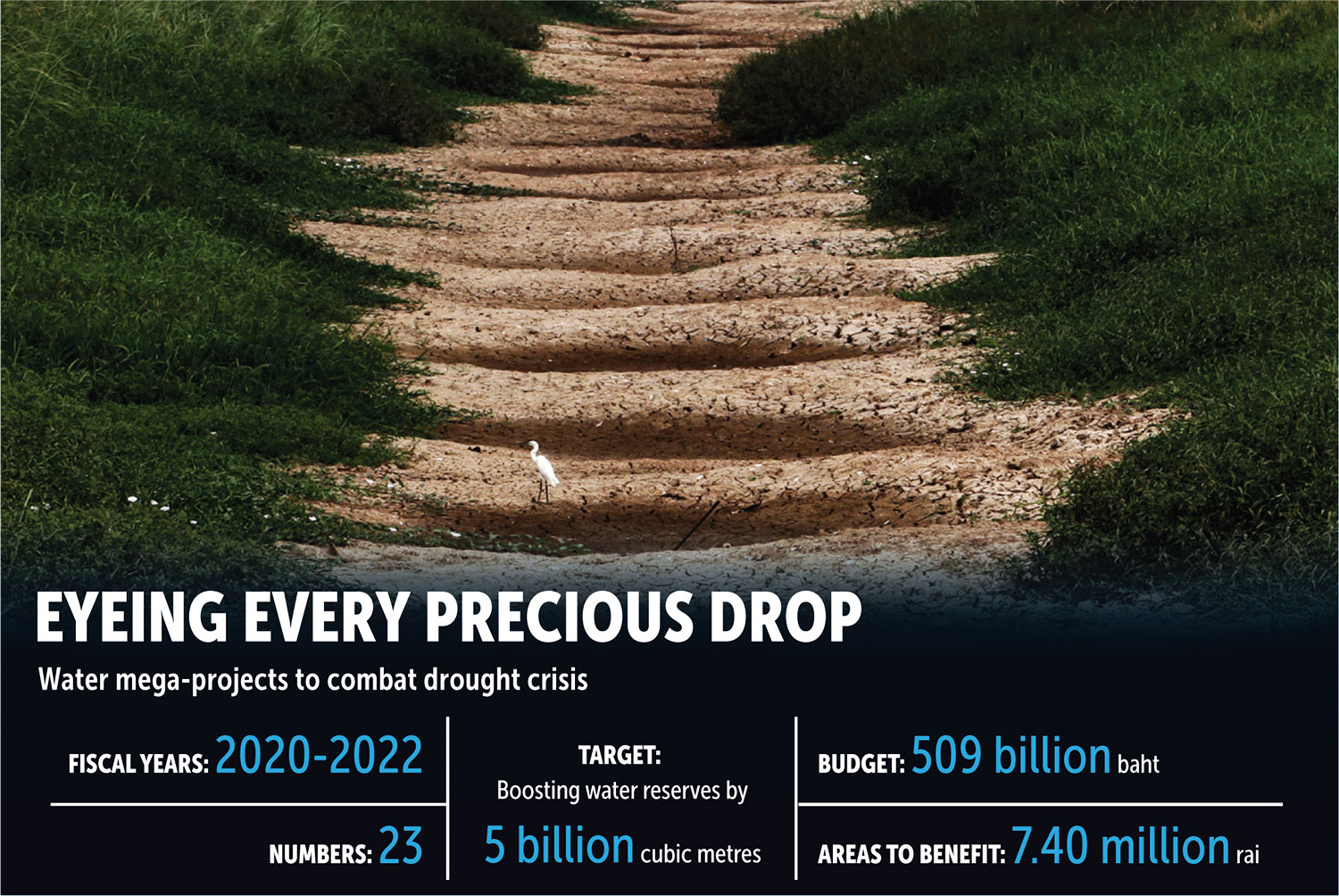 Signs of looming water wars between residents along the corridor and industrial projects have already appeared.

"The EEC has already felt the effects from the water shortage," said conservationist Somnuck Jongmeewasin who is a member of the House's sub-committee monitoring the EEC project.

"The government has already built reservoirs in Chanthaburi and Sa Kaeo provinces to supply water to EEC project schemes.

"Yet, local people have started to protest that water resources in their area are only allocated for the industrial sector and this is how massive water conflicts come about," Mr Somnuck said.

So far, the government has reclaimed more than 200,000 rai of land in Chanthaburi province to build four reservoirs to supply 300 million cubic metres of water for them.

Mr Somnuck said the drought, which will trigger rising water demand from the farming, tourism, household and industrial sectors, will pose "big problems for the EEC".

"Of course, the industrial sector is trying to cope with water shortages by using technology to reuse water," Mr Somnuck, a former environmental engineer said. "Yet, the sector still needs to share raw water supplies from reservoirs with farmers and household sectors. So what is it going to do during annual droughts when houses, durian farms, factories and tourism sector want water at the same time and supply is not enough?

"The water scarcity problem in this region will escalate into water wars."

Mr Somnuck warned water scarcity this year could be even worse than the crisis the region experienced in 2005.

"The real problem is severe drought will become the 'new norm' for this region," he said.

Seree Suparatid, a hydrology engineer and director of the Climate Change and Disaster Centre at Rangsit University, said the Provincial Waterworks Authority had to buy raw water from the private sector to produce tap water because resources from the Chao Phraya River upstream were scarce.

An alternative water supply in the Bang Pakong River was low and had been hit by seawater intrusion.

Mr Seree warned water conflicts in the eastern region will intensify in March and April when growers of water-intensive crops such as durian and rice demand massive amounts of water to feed their crops.

Water in four existing reservoirs in Chon Buri hold about 200 million cubic metres, which is expected to be sufficient for the farming, industrial, household and tourism sectors to use for four months.

The industrial sector is reportedly preparing to avoid water conflicts similar to those seen in 2005 when the industry and farming sectors competed for water from four major reservoirs in the region.

Jirayut Rungsrithong, president and chief executive of Eastern Water Resources Development and Management Plc (EW), an industrial water supplier, said the firm has prepared measures for factories during the drought. "EW will upgrade pump stations on the Bang Pakong River in Chachoengsao province to increase water volume for industrial use there," he said.