Fresh incentives meant to spur private investment of 110 billion baht and add 0.25 percentage points to economic growth sailed through the cabinet on Tuesday. 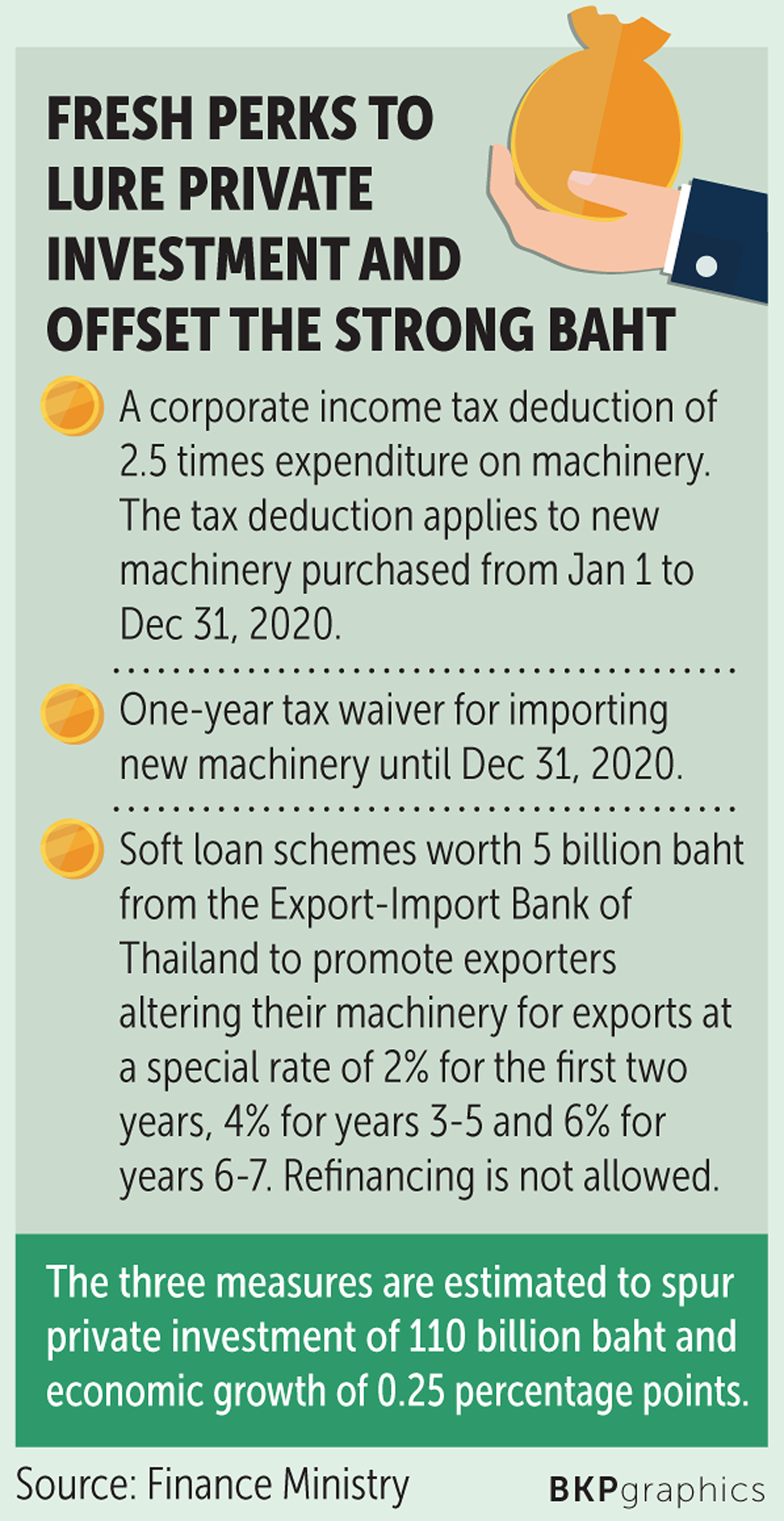 The measures include a corporate income tax deduction of 2.5 times expenditure on machinery, a one-year tax exemption for importing new machinery, and special-rate loans offered by the Export-Import Bank of Thailand for exporters to alter their machinery for export.

The tax measures apply to new machinery purchased from Jan 1 to Dec 31, 2020. The 2.5-times tax deduction is not applicable to leased machinery.

The measures are estimated to cost the government 8.6 billion baht in forgone tax revenue, said Narumon Pinyosinwat, a government spokeswoman.

According to Ms Narumon, the cabinet yesterday approved a 350-million-baht budget to compensate Exim Thailand for the special interest rates.

The Finance Ministry told the cabinet that fresh measures are essential to stimulate private investment and the local economy this year because of the uncertain global economy and the US-China trade war's impact on the export sector.

Finance Minister Uttama Savanayana said another batch of investment stimulus measures initiated by the Board of Investment (BoI) will seek board approval on Feb 6.

Last year the government introduced a relocation package, including tax breaks and special investment zones, to attract foreign companies seeking to move production because of the US-China dispute.

The package played a key role in the strong showing of Chinese investment applications, which surpassed Japanese applications for the first time and were worth almost four times as much at 262 billion baht in 2019.

Japanese investment applications totalled 73.1 billion baht, while Hong Kong investors were in third place with a value of 36.3 billion baht.

The BoI said total investment applications in 2019 stood at 756 billion baht from 1,624 projects.