Thailand ranked sixth out of the top 10 countries where Chinese tourists prefer to use mobile payments, while Singapore ranked first, according to a report by Nielsen and Alipay.

The report surveyed 4,837 Chinese travellers and 547 overseas merchants and found Southeast Asia maintains its leadership in mobile payment usage among Chinese tourists, with Singapore and Thailand positioned at No.1 and No.6 in the global ranking.

Other countries include South Korea, Japan, Australia, France, New Zealand, Canada, Britain and the US.

The total amount spent by Chinese tourists increased by 14% in Singapore and Thailand and 23% in Japan and South Korea between 2018 and 2019.

The report found in Singapore 97% of merchants indicated steady improvement year-on-year for mobile payment usage and the amount of mobile spending by Chinese tourists. 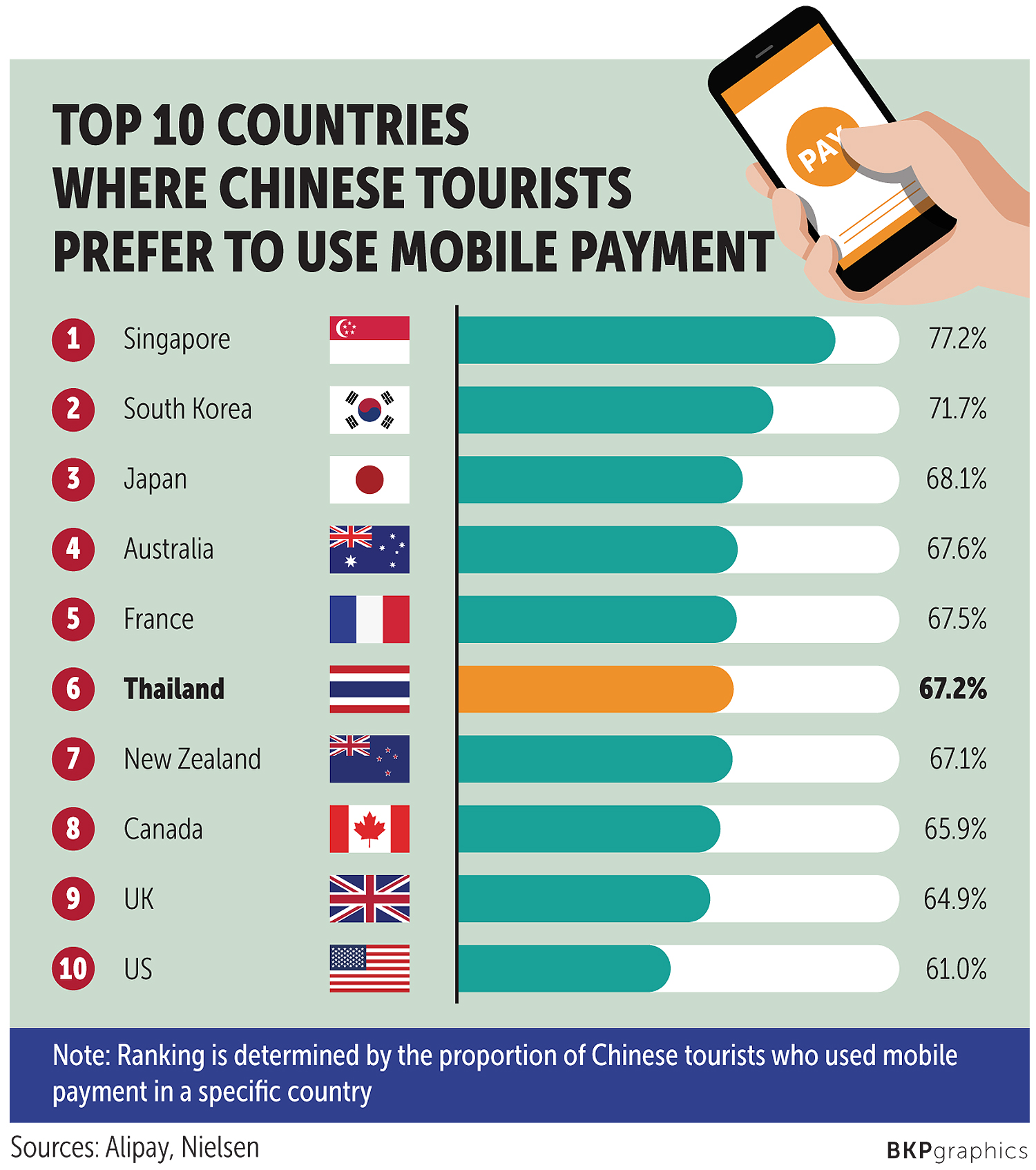 Last year destinations located within a four-hour flight such as Japan, South Korea, Thailand and Singapore remained the most popular choices for Chinese tourists. In addition, the US, Australia, Britain and Canada were also among the top 10 countries, which indicated Chinese tourists also favoured English-speaking countries.

Thailand and Singapore were among the top 10 overseas destinations visited by Chinese tourists in 2019 and for overseas travel plans in 2020.

The top three factors affecting Chinese tourists' overseas shopping habits are payment methods accepted by the merchant (37%), product variety and quality (36%), and product price (36%). In 2019, Chinese tourists born in the 1990s spent nearly 12% more on a single overseas trip year-on-year, while those born in the 1980s spent 15% more.

A full 70% of millennials search for information on places to eat, stay and visit even after arriving at their travel destination. More than 50% of those born in the 1990s chose to stay at homestays and B&Bs rather than hotels.

Some 34% of the post-1990 generation attended concerts or stage performances at their destinations, while 26% experienced outdoor sporting activities.