Ramayana weaves a trail across South and Southeast Asia
Business

Ramayana weaves a trail across South and Southeast Asia

Performers enact a scene from the Ramayana at the World Ramayana Conference in Jabalpur, India. SUPPLIED

When Bala Venketeswara Rao Sankuratri, a researcher from Sri Lanka, proposed that about a dozen countries join together to issue a "Ramayana visa" for travellers, he found instant support in a hall packed with devotees of the Sanskrit epic and its regional variants.

Delegates to the second World Ramayana Conference, held late last month in Jabalpur in central India, were quick to act on the idea. They set up a committee comprising scholars from different countries to pursue the matter with countries including India, Sri Lanka, Mauritius, Thailand, Cambodia and others.

There is a "need for a common visa for a Ramayana yatra (journey)," Mr Sankuratri told the gathering. "This would enable the western world to visit Nepal, India, Sri Lanka, Thailand, Cambodia, Indonesia and so on for tourism development in their respective countries."

He also called for the formation of an international body for Ramayana research and development, telling Asia Focus that he would raise the idea with the Sri Lankan government and hoped to see some tangible progress in the next six months.

The conference, meanwhile, is pushing for the inclusion of Ramayana folklore and arts of Southeast Asia on the Ramayana circuit launched by the Indian government under the "Swadesh Darshan" (loosely translated as See India) programme. Such a tourism circuit, delegates said, could be called the Greater Ramayana Circuit.

The Ramayana circuit currently covers 15 sites in India and one in Nepal. In India, it starts at Ayodhya in Uttar Pradesh, the birthplace of Rama, and weaves its way through nine states culminating at Rameshwaram in Tamil Nadu. Janakpur in Nepal, the birthplace of Sita, was connected to the circuit through a direct bus service from Ayodhya in 2018.

All told, he said, the island had 56 sites connected to the Ramayana. The demon king Ravana, the principal adversary of Rama, who abducted Sita and triggered a war, was supposed to have ruled over Lanka.

"The Ramayana circuit in its present form is highly restricted," acknowledged Amarnath Dubey, an officer with the Indian Ministry of External Affairs, in a research paper titled "Greater Ramayana Circuit".

"It is limited to the places visited by Lord Shri Ram. … It is not just a story of the Indian subcontinent; it is also a saga of historical and cultural connections among the people of India and rest of Asia. In its next phase, the Ramayana circuit needs to leap beyond the Indian subcontinent. … Today the footprint of Ramayana is traceable in Southeast Asia from its text to its temples."

Mr Dubey quoted from Kishkindha Kanda (the book of Kishkindha) to elucidate the references to Java and Sumatra islands in Valmiki's epic. The Ramayana thus provides the earliest documented chronicle of the historical connection between the lands and waters, islands and inhabitants of Southeast Asia, he said. 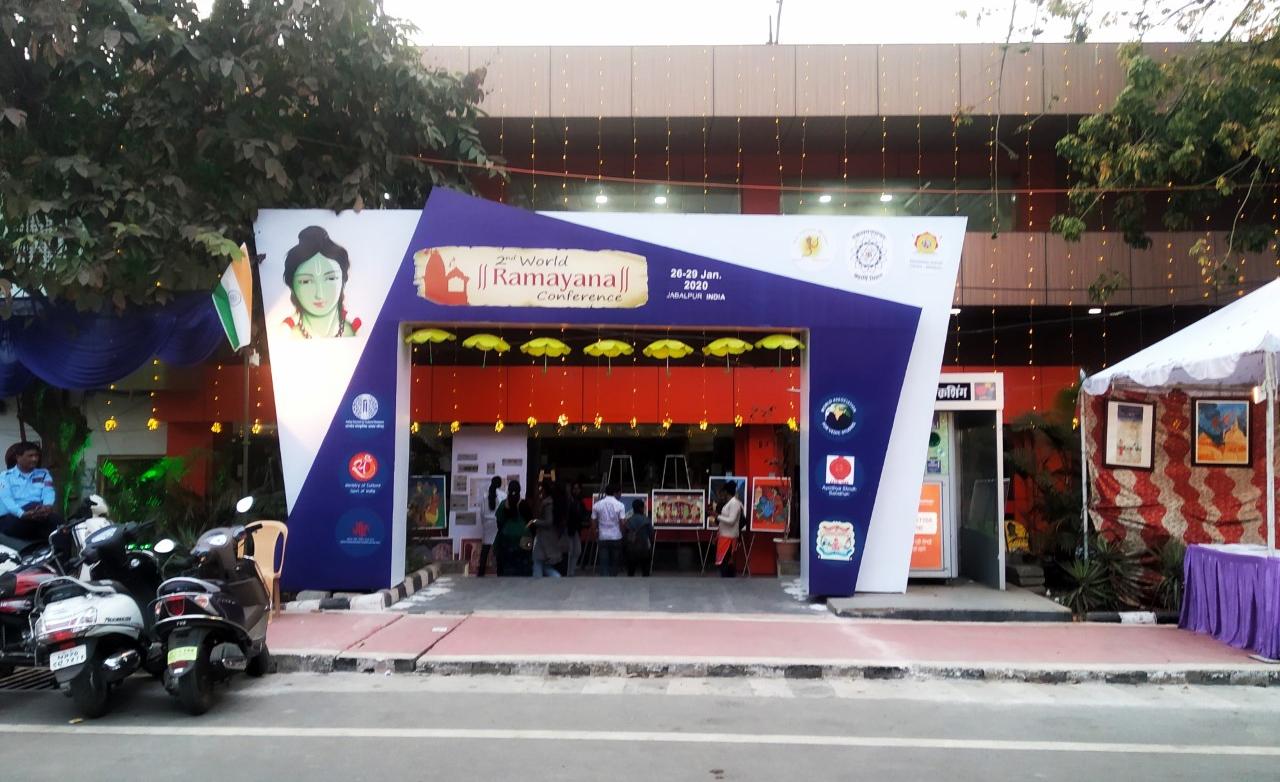 Archaeological evidence showing the Ramayana influence, he said, can be found in Southeast Asian countries including Vietnam, Indonesia and Cambodia. The art forms of Thailand and Bali, he added, also reference the Ramayana.

"The kecak dance from Bali is about the battle between Shri Ram and Ravan. Similarly, khon, a genre of dance-drama from Thailand, is based on the Ramakien, the Thai Ramayana. … The Ramayana-based folklore, bas-reliefs and art forms in Southeast Asian countries certainly prove the close cultural connection between India and Southeast Asia."

Mr Dubey believes the inclusion of Southeast Asian countries in the Ramayana circuit could serve many purposes. "First, it will foster the historical and cultural links between India and Southeast Asia. Second, it will boost the tourism potential of the Ramayana circuit. Third, it will generate a sense of pride among people about their common glorious past. Fourth, it will promote people-to-people connections, such as through the exchange of temple priests," he said.

The Ramayana in Thailand is known as Ramakien, prepared in 1797 under the supervision of (and partly written by) King Rama I. King Rama II adapted parts of his father's version for Khon dance drama.

In Cambodia, the epic is known as Reamker or Ramakerti, while on Java, Bali and Sumatra islands it is called Kakawin Ramayana, Ramakavaca and Ramayana Swarnadwipa respectively. The Philippines celebrates it as Maharadia Lawana. Hikayat Seri Rama is the Malay version, while Phra Lak Phra Rama is the national epic in Laos. In Vietnam, the kings of Annam and Champa symbolise Rama and Ravana respectively. Myanmar calls the Rama story Yama Zatdaw.

Like the first World Ramayana Conference, held in December 2016, the second conference featured enthusiastic participation from Thailand, which sent the largest delegation. A group of 15 scholars was led by Chirapat Prapandvidya, Professor Emeritus at Silpakorn University, Professor Emeritus Srisurang Poolthupya, a fellow of the Royal Society of Thailand, and Prof Nitinant Wisaweisuan, the dean of Pridi Banomyong International College at Thammasat University. A Khon dance was also performed during the conference.

This year's event also featured a meeting of the Indo-Thai Ramayana Forum. It organises various programmes including seminars, performances and other cultural events to raise awareness about various versions of the Ramayana, including those used in rural societies. As well, it encourages universities in the two countries to teach both the Ramayana and Ramakien.

Scholars from more than a dozen countries attended the cultural conference, which also attracted a good number of Muslim artists. The three-day event concluded with a discourse by the famous Rama storyteller Murari Bapu.

The conference was organised by Brahmrishi Mission Samiti, a trust based in Jabalpur, which runs schools for tribal children and a hospice for terminal cancer patients. The next conference is scheduled from Dec 21 to 23, 2023.