"For Thailand, the impact is moderate," the research house under Kasikornbank said in a note. Economic damage could amount to US$500-700 million, it said.

Thailand's economy relies on China economy at a medium level, while Vietnam, Singapore, Laos and Cambodia have high exposure to the mainland, K-Research said. The impact on each Asean country varies depending on economic strength, structure and adaptation to alleviate such effects.

The research house said Thailand's and Malaysia's respective dependence on the Chinese economy is quite diversified, though some sectors rely on the mainland at a high level.

For example, Chinese visitors are key to Thailand's tourism sector.

Although the Thai and Malaysian economies are flexible enough to deal with China's economic slowdown to some extent, the two countries rely heavily on Asean's economy. Regional economic doldrums could have an indirect impact on the two nations, K-Research said.

In the event that the virus crisis lasts six months, it could lower the Chinese economic growth forecast by one percentage point, to 4.7% this year.

Chinese outbound investment in Asean is expected to take a harder hit than tourism and exports in the event of a mainland economic slowdown, K-Research said.

Every one percentage point of China's economic growth that is wiped out could lower Chinese direct investment in Asean by 2.8% and shave 1.5% and 1.2% off regional tourism income and exports, respectively.

K-Research predicts an Asean economic loss of $2.4-3.4 billion, accounting for 0.07-0.11% of Asean's GDP, for every one-percentage-point decline in Chinese economic growth.

The Lao and Cambodian economies largely depend on China and have low capability to handle flagging economic activity in the mainland, the research house said.

"Both nations' exports, tourism and foreign direct investment rest heavily on the Chinese," K-Research said. "Besides, they are closed economies but largely depend on external activity, while their domestic economies are so weak that seeking new markets to substitute for China is difficult."

Singapore and Vietnam are among the others with high exposure to China, but they have the ability to tackle a slowdown in the world's second-largest economy at a higher level.

Vietnam, however, could be in a better position to adjust, as its export destinations are diversified to other big markets, while Chinese direct investment in Vietnam remains minimal and Vietnam depends moderately on tourism income. 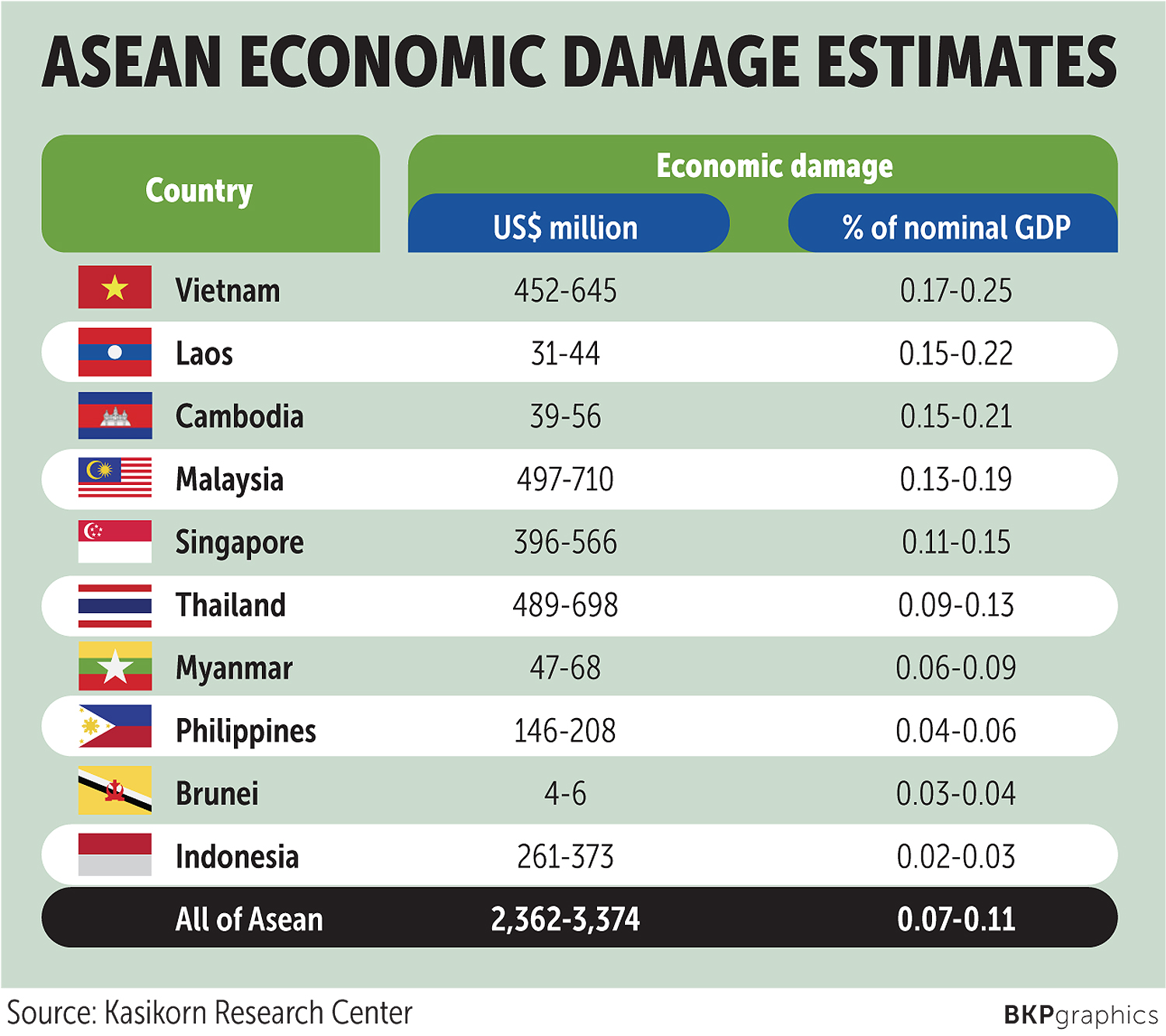