Tourism officials are again proposing visa-free entry for Chinese citizens as part of a tourism revival scheme, following an estimation by the central bank that the economy may grow by less than 2% this year as a result of the coronavirus outbreak. 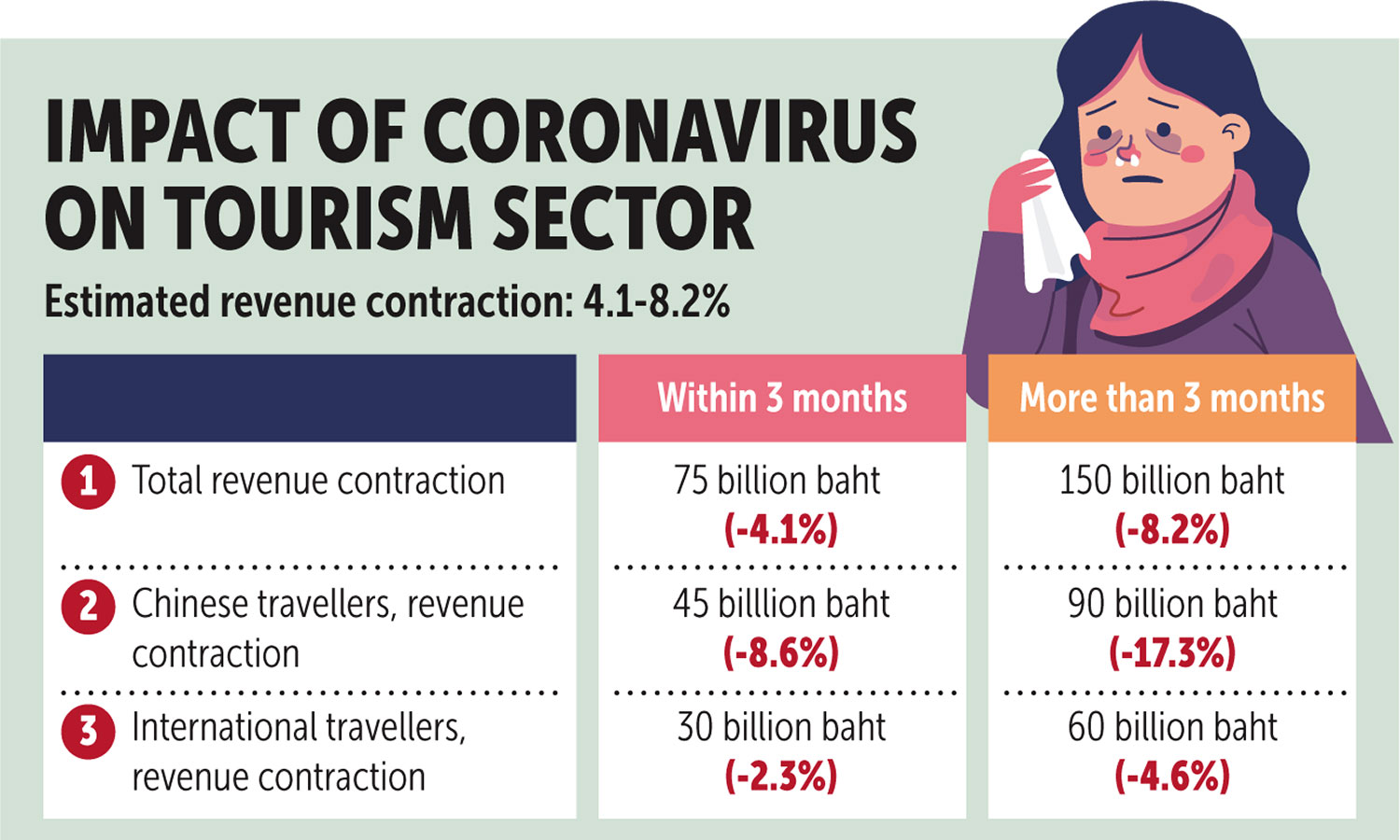 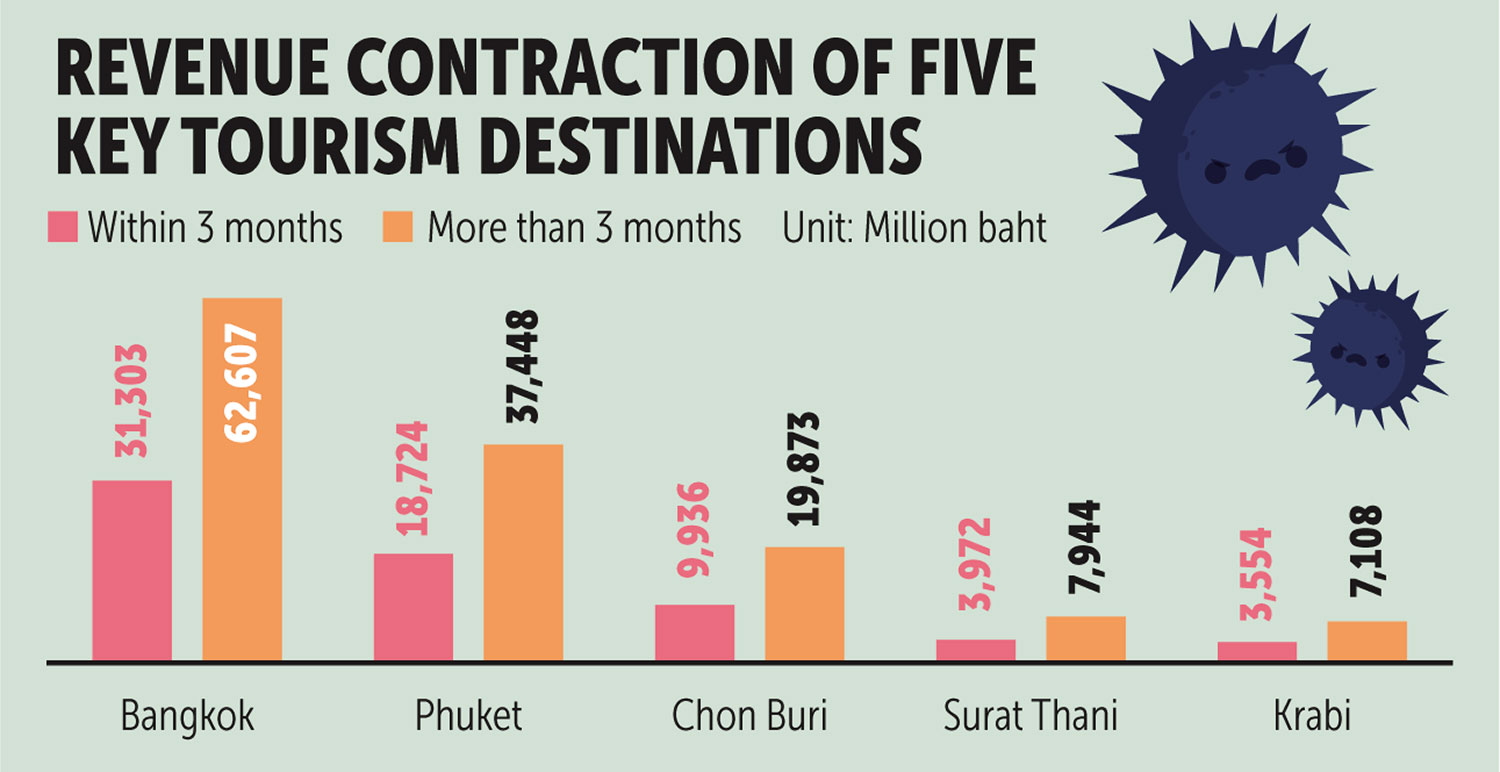 Tourism and Sports Minister Phiphat Ratchakitprakarn said the number of international tourist arrivals during Feb 1-9 fell by 43.4% year-on-year to 730,213 as the number of Chinese tourists plunged 86.6%.

Mr Phiphat said the Chinese market is likely to drop by 90% in February. But if the containment is effective and the Chinese government lifts its travel ban before the end of March, there's a strong possibility that mainland tourists will return during Songkran in April, he said.

Based on that scenario, the number of inbound Chinese tourists could reach as high as 1.4-1.5 million a month from June to July, up from an average of 900,000 a month.

Mr Phiphat said visa-free entry for two major tourist markets, Chinese and Indians, is an essential measure that will ease congestion at crowded airports and increase the carrying capability of the country.

"We plan to resubmit the visa-free policy to the cabinet in April, as the exemption for 2,000-baht visa-on-arrival (VOA) fees will end on April 30, but on the condition that the Chinese authorities handle the outbreak first," he said.

A workshop meeting on Thursday between tourism-related agencies and the public and private sectors concluded with short- and long-term solutions to remedy ailing tourism.

The short-term plan included a value-added tax reduction for tourism business, a fuel tax cut for tour boats and scrapping the 2-5pm alcohol ban at hotels.

For the long-term plan, the meeting urged the government to set up an office to regulate the direction of quality tourism and recommended development of a home port for cruises.

According to a source, the private sector also proposed a plan to pay a 5-million-baht settlement to the family of any tourist who gets infected with the coronavirus and dies while visiting Thailand. The tourism minister is still considering the idea.

Don Nakornthab, the Bank of Thailand's senior director for economics and policy, estimated that 1.5 percentage points could be wiped from economic growth this year in the event that the country loses 250 billion baht in tourism income.

His estimate is based on the Tourism and Sports Ministry's projection that the country will lose 5 million foreign tourists.

"It's necessary to monitor how much the impact from the coronavirus will be, and such effect might not be as high as the Tourism and Sports Ministry's forecast," Mr Don said. "It's likely that the country's GDP growth will be lower than 2% this year, however."

First-quarter economic growth could be the slowest in 2020, he said, probably below 1%.

Somjai Phagaphasvivat, an independent academic, forecasts Thailand's economic growth at 2-2.2% this year as the export and tourism sectors are battered by the virus outbreak.

Although the Chinese economy is bearing the brunt of the crisis, China's government will inject liquidity to prevent growth falling below 4%, he said.

Aat Pisanwanich, director of the Center for International Trade Studies at the University of the Thai Chamber of Commerce, said the tourism sector in Thailand is reeling from the spread of the coronavirus because the country has come to depend heavily on the Chinese market.